Despite a late game rally, the Sweets drop the opener of a 3 game series to the Portland Pickles 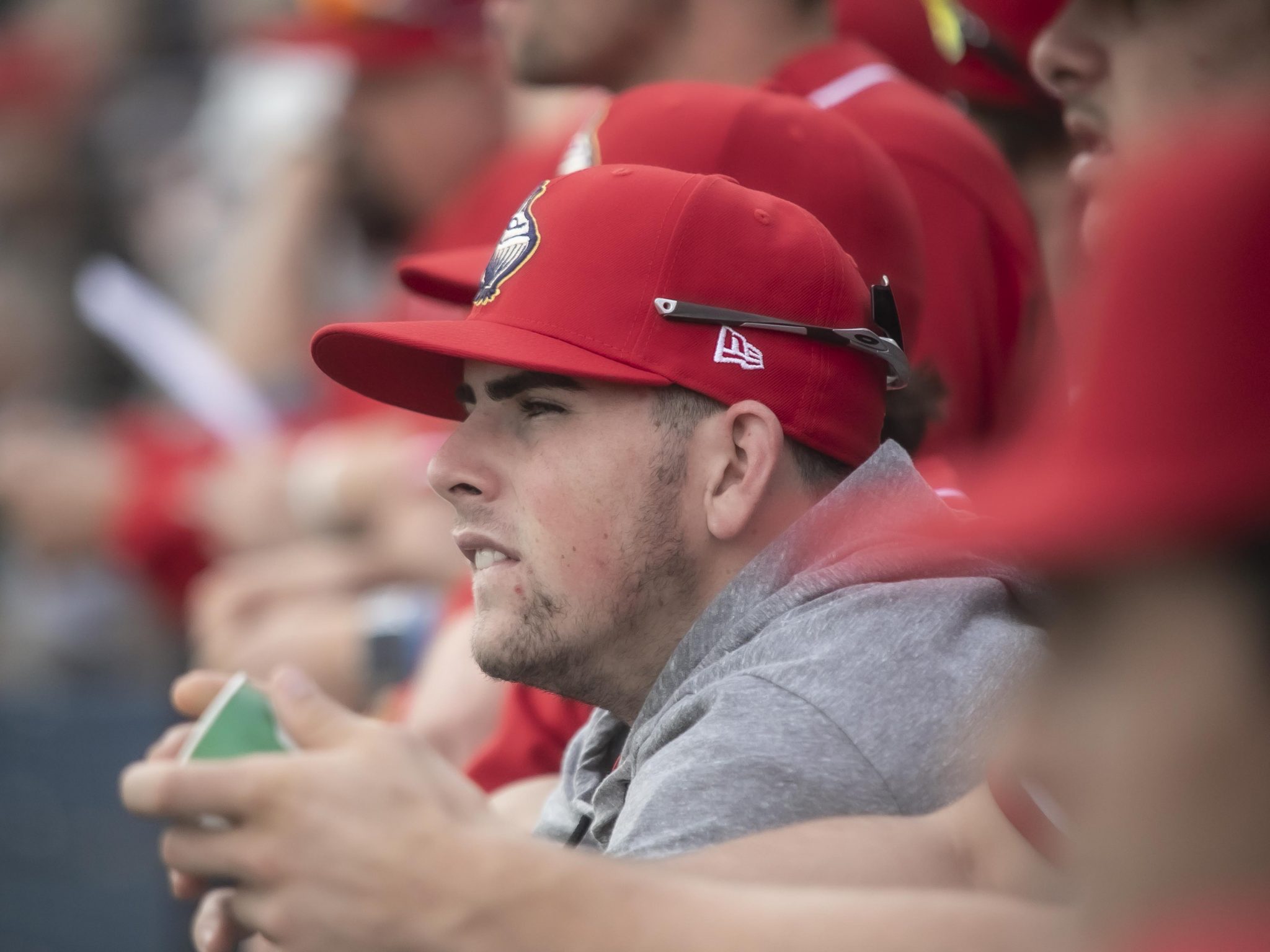 The Walla Walla Sweets held a 2-0 lead  after an inning-and-a-half of their West Coast League baseball game Tuesday night against the Portland Pickles at Walker Stadium.

But the home team scored a run in the second inning and four runs on five hits in the fourth, then withstood a late Sweets rally to post a 5-4 victory in the opening game of the three-game series.

Portland pulled into a second-place tie with Cowlitz at 9-7 in the WCL South Division’s second-half standings-two-and-a-half games behind Corvallis. The Black Bears are 19-24 overall and the Pickles are 18-24 on the season.

The Sweets got a lead-off walk from Ryan Johnston in the first inning. Johnston went to second when Parker Price drew a base on balls. Cesar Lopez extended his hitting streak to eight games by dropping a single into left-center field that brought Johnston in with the first run of the game.

Justin Folz started the Sweets second with a double and went to third on a passed ball. Caleb Farmer walked one out later and the two executed a double steal  that put Walla Walla ahead 2-0.

Sweets starting pitcher Reid Sebby jarred the Pickles in order in the first inning, but walked Thomas Rudinsky to begin the second. Rudinsky, who was hitting just .188 going into the night, scored on a two-out double that Jonathan Kelly bounced down the left-field line.

Walla Walla wasted a two-out double by Patrick Caulfield in the top of the third inning, and Sebby 1-2-3’d Portland in the bottom half of the frame.

The Sweets were unable to put a two-out single by Farmer to good use in the fourth inning, and the scene was set for Portland’s fourth-inning follies. Chase Luttrell gave the Pickles a 3-2 edge with a two-run single, Gabe Skoro singled in the third run of the inning, and the last run scored on a wild pitch.

Portland loaded the bases on three walks issued by Dimick Wood in the fifth inning before Andrew Mosiello came on and struck out Kelly to end the inning.

Johnston walked to begin the Sweets fifth. He stole second, went to third on a Price grounder to second, and scored on a Lopez grounder to first.

Caulfield fought for a free pass leading off the Walla Walla eighth. Brock Ephan singled Caulfield to second, then was replaced by Emanuel Dean. Folz walked to load the bases. But reliever Tim Post entered and got Chazz Martinez to hit into a 4-6-3 double play that plated Caulfield,  and retired Farmer on a grounder to short.

Price gave the Sweets hope in the ninth with a two-out walk, but Lopez lifted a fly ball that John Arndorfer ran down in the left-center alley for the final out of the game. 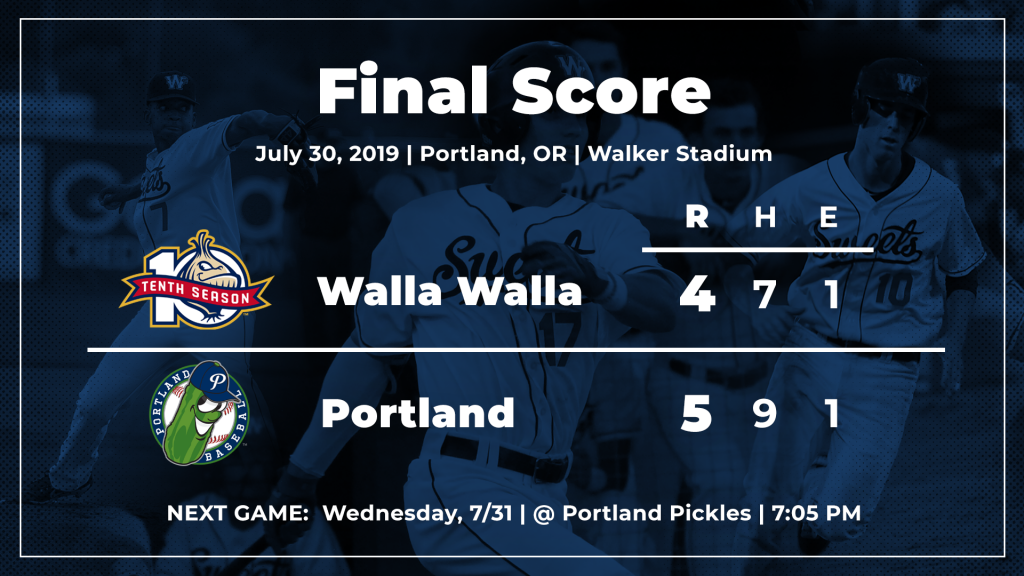 Game two of the series is Wednesday night at 7:05.