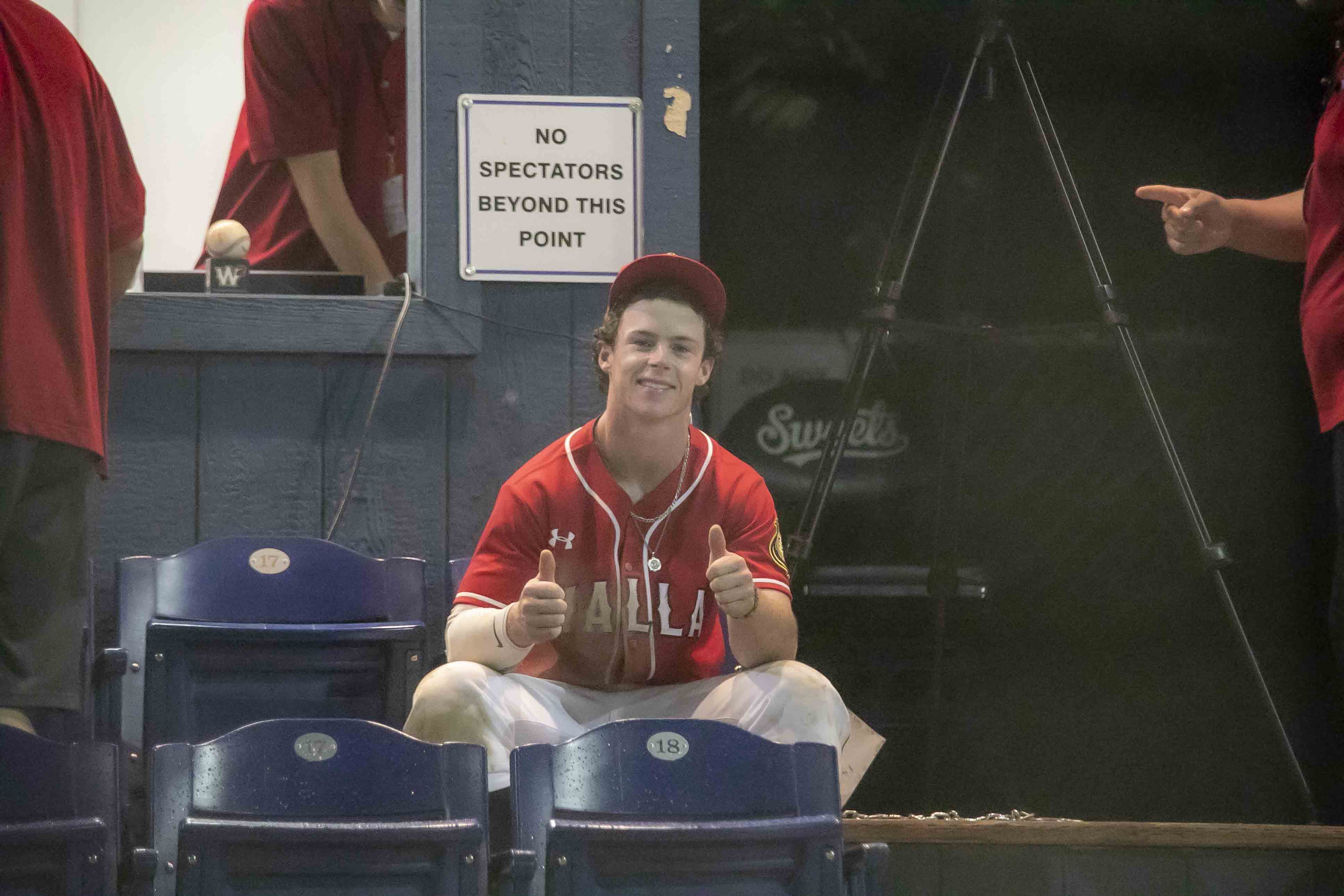 The West Coast League South Division co-leading Walla Walla Sweets begin a stretch of 12 games in as many days Tuesday when they open a three-game home series with the Cowlitz Black Bears (6-15) at historic Borleske Stadium.

The Sweets will then hit the road for six games beginning with three in Kelowna (6-13) Friday through Sunday and ending with three more in Bellingham (14-7) Monday through Wednesday. The string of games ends at home with a pair of contests against the Military All-Stars (7/11-12) and one versus the River City Athletics (7/13).

Walla Walla and red-hot Corvallis start the week tied for the South lead with identical 15-6 records. The Sweets are coming off a 3-3 road trip and the Knights have won nine in a row.

The Sweets batted and pitched their way to a series win at Ridgefield, though they did drop the finale of the three-game weekend set Sunday afternoon by a final score of 6-3 at the Ridgefield Sports Complex.

Center fielder Patrick Caulfield produced his second four-hit game of the season and scored an equal number of runs as the Sweets built a 5-0 lead after an inning-and-a-half, fell behind 6-5 in the fourth, but put up four runs in both the seventh and ninth in a 13-9 victory over the Raptors on Saturday night. Caulfield smashed his fourth home run of the season on the third pitch of the contest, singled in the second inning, doubled in the seventh, and came up with a two-run single in the ninth. Starting pitcher Travis Craven and reliever Ben Johnson (innings five through seven) both fanned four over three innings of scoreless ball.

Caleb Farmer (single), Michael Petrie (infield hit), and Dean (bases-loaded walk) – in the second inning – and Ephan (sacrifice fly) – in inning three – chalked up RBI while Caulfield and Petrie executed a double steal to manufacture a run in the sixth inning of a 5-2 win in the series opener on Friday. Pitchers Landon Boeneke, celebrating his 19th birthday, Ty Hueckman, and Nick Irwin combined to skunk the Raptors on four hits over the first seven innings. Reid Sebby ended the eighth inning with a strikeout, then fanned the side in the ninth for his fifth save of the season.

Walla Walla salvaged the final game of a three-game series in Bend on the Thursday past after dropping the first two games, 4-2 and 2-1. Caulfield hit a two-run homer that traveled an estimated 401 feet in the third inning. Chazz Martinez led off the sixth with a tie-breaking bomb to right-center that sailed 411 feet and set in motion a five-run frame. Farmer (double), Petrie (single), Parker Price (single), and Caulfield (sacrifice fly) joined Martinez as member of the runs batted in fraternity during the productive panel. Brayde Hirai pitched the final two innings of the game and did not give up a run. Starter Andrew Mosiello, Wyatt Boone, and Dimick Wood allowed just a run apiece.

The Sweets will be facing some of the top hitters in the league over the next three series. Braden DeBenedictus of Cowlitz is batting .329 with four doubles and eight RBI. Kelowna’s Cole Cummings is 10th in the WCL at .341 and teammate Tyler Grissom  checks in at .333 going into the week. Bellingham’s Guthrie Morrison (.357) and Troy Viola (.349), the league leader in home runs with five, rank sixth and eighth, respectively.

Kelowna sports a pair of pitchers that have posted representative numbers. Nick Nygard is 1-0 with a 2.65 earned run average. Connor Hurley is 1-1 with one save and a 3.31 ERA.

The upcoming homestand will feature the following promotions: 7/2 – Bud Light Batting Practice and $1 Del Taco Tacos; 7/3 – America the Great – presented by Wilbur Ellis – will feature a 40 percent discount for all in-stadium merchandise purchases and post-game fireworks; 7/4 – America the Great part deux – with food and drink specials all game long.

Promotions following the upcoming six-game roadie include: 7/11-12 – Two dollars of every ticket sold at the gate will be donated to a local non-profit that assists our community’s veterans and military personnel; 7/13 – Coffee Thermos giveaway – presented Jackson Contract Group – for the first 250 fans through the gates.