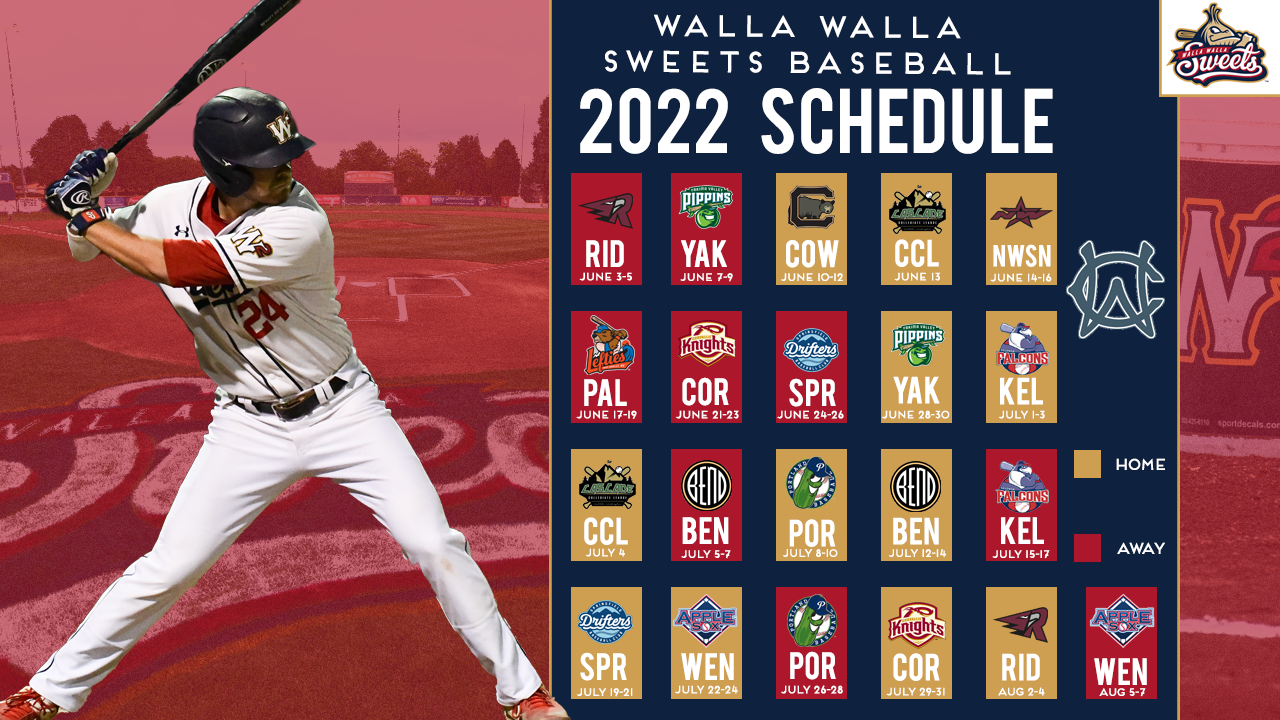 WALLA WALLA, Wash. —  The Sweets return to Borleske Stadium on Friday, June 10 for the 2022 home opener.

This morning, the West Coast League announced the full schedule for the 2022 summer season.  The league will consist of 16 teams next year with the addition of the Springfield Drifters, and the return of the league’s five Canadian teams who had to pull out of the 2021 season due to COVID-19.

The Sweets start the season with road trips to Ridgefield and Yakima Valley before their home opener against the Cowlitz Black Bears on Friday, June 10.

Walla Walla will have 32 home games in the 2022 regular season, consisting of 27 league games and five non-league games.  The Sweets will play 10 home games in June, 19 in July, and three in August.  The season finale is scheduled for Thursday, August 4 against Ridgefield.

A full promotional schedule with finalized game times will be released at a later date.  Season tickets, mini plans, and group packages are currently on sale at the Sweets downtown office, or by calling 509-522-2255.