Sweets drop a heartbreaking game 3 to the pickles from Portland 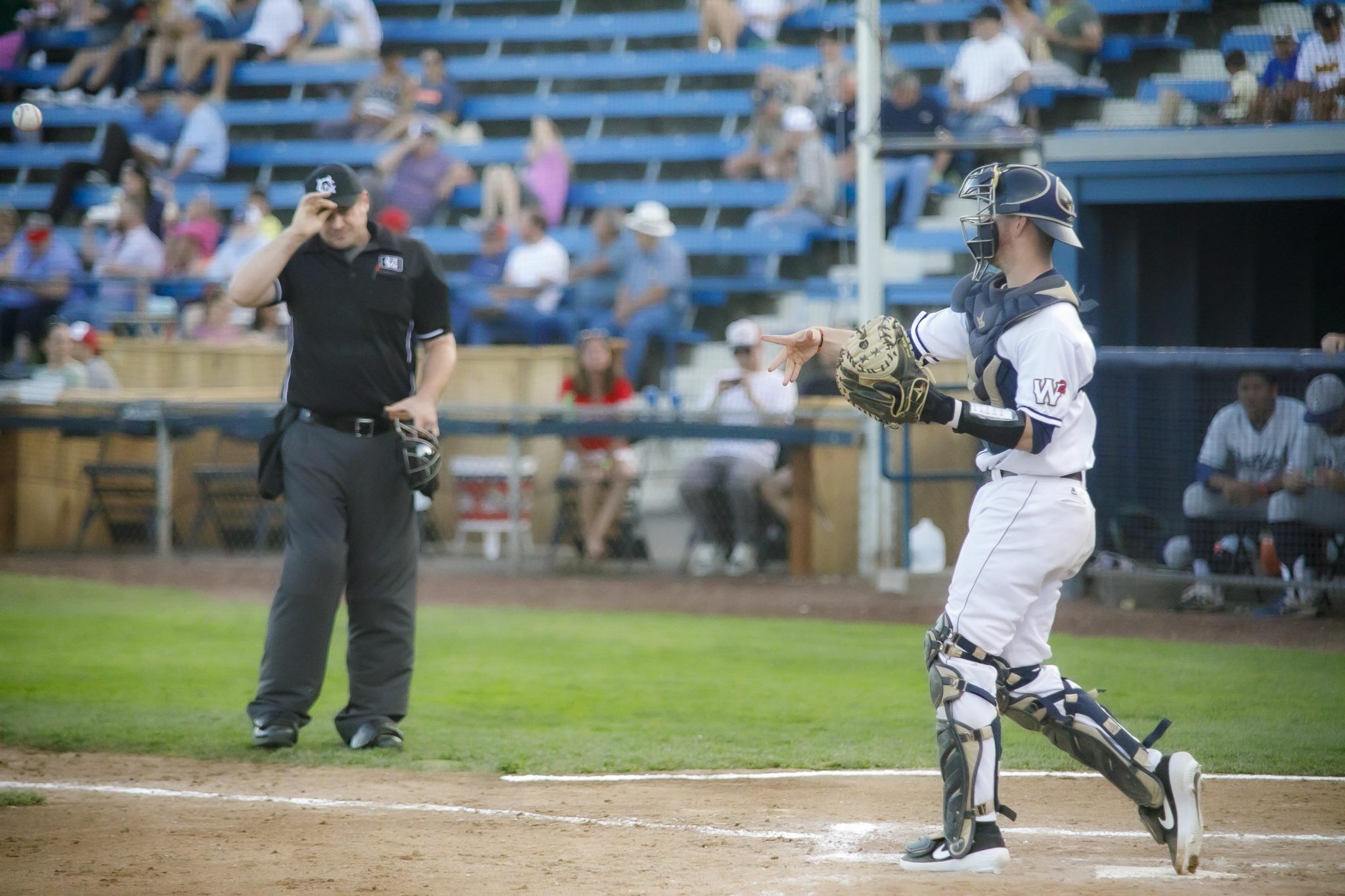 The Walla Walla Sweets scored early and late against the Portland Pickles in the final game of a three-game West Coast League baseball series Thursday night at Walker Stadium.

Walla Walla was on the brink of claiming a series win when it broke a 6-6 tie with two runs in the top of the ninth inning.

But Portland responded with three in the bottom of the ninth and eked out a 9-8 victory.

Walla Walla started off in a positive light. Patrick Caulfield walked with one out in the first, stole second and third base, and scored when Brock Ephan socked his fourth home run of the season. Caulfield now has a WCL-leading 31 thefts.

Starting pitcher Ryan Johnston, despite some early struggles, shut out the Pickles over the first three innings. Portland stranded two runners in the first, and was set down by Johnston 1-2-3 in both innings two and three.

But in the fourth, Johnston allowed a one-out home run to Thomas Rudinsky. With two out, the Pickles used two Walla Walla errors to plate three unearned runs. Jake Dahle replaced Johnston and got the final out in the fourth.

Parker Price and Caulfield drew two-out walks in the fifth, and Price scored on a single by Cesar Lopez, who extended his current hitting streak to 10 games.

Jake Dahle and Landon Boeneke faced the minimum number of hitters in the fifth and sixth innings, respectively, and neither hurler allowed a run.

Walla Walla retook the lead in the seventh. Emanuel Dean led off with a double and Bryce Vitt singled him to third. Price brought Dean in with a base knock and Caulfield sacrificed Vitt to third and Price to second. Lopez bounced a single through a drawn-in infield to put the Sweets in front 6-4.

The Pickles tied the score in the home seventh on a two-out, two-run single by Chase Luttrell.

It stayed tied until the ninth. Ephan led off with a walk and was sacrificed to second by Justin Folz. Ephan went to third on a passed ball and scored the tie-breaking run on a Caleb Farmer hit. Chazz Martinez singled and Dean singled in Farmer.

Ephan, who threw a three-up, three-down eighth inning, gave up a lead-off single to Alex Lambeau in the bottom of the ninth and John Jensen homered to right to knot the score at 8-8. Dimick Wood replaced Ephan. Gabe Skoro reached on an error, Kyle Manzardo singled, and Rudinsky later drew an intentional walk to load the bases. Luttrell then lifted a shallow fly to left that was dropped, allowing Skoro to score the winning run. 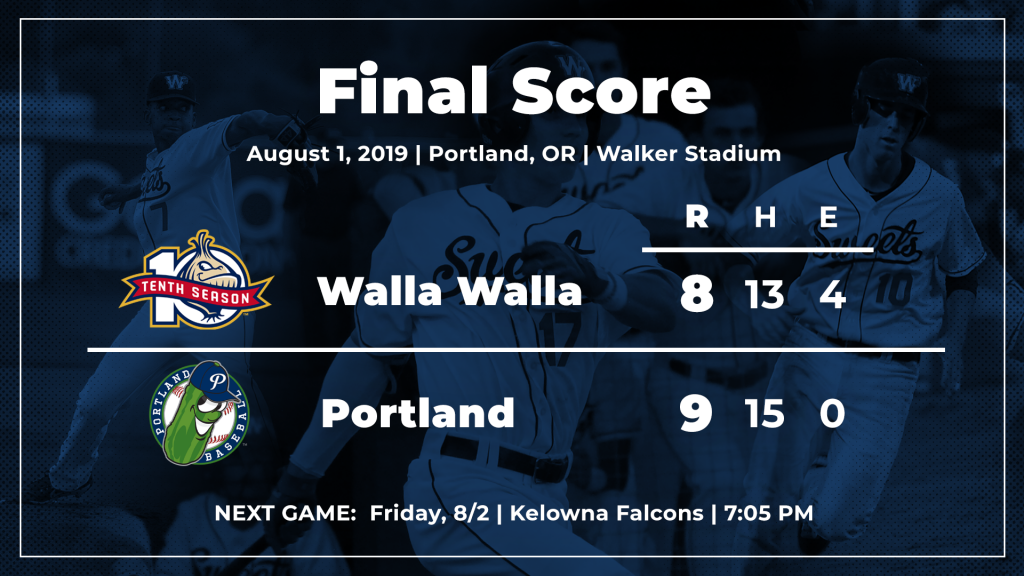 The Sweets open a six-game homestand Friday night at 7:05 against Kelowna.