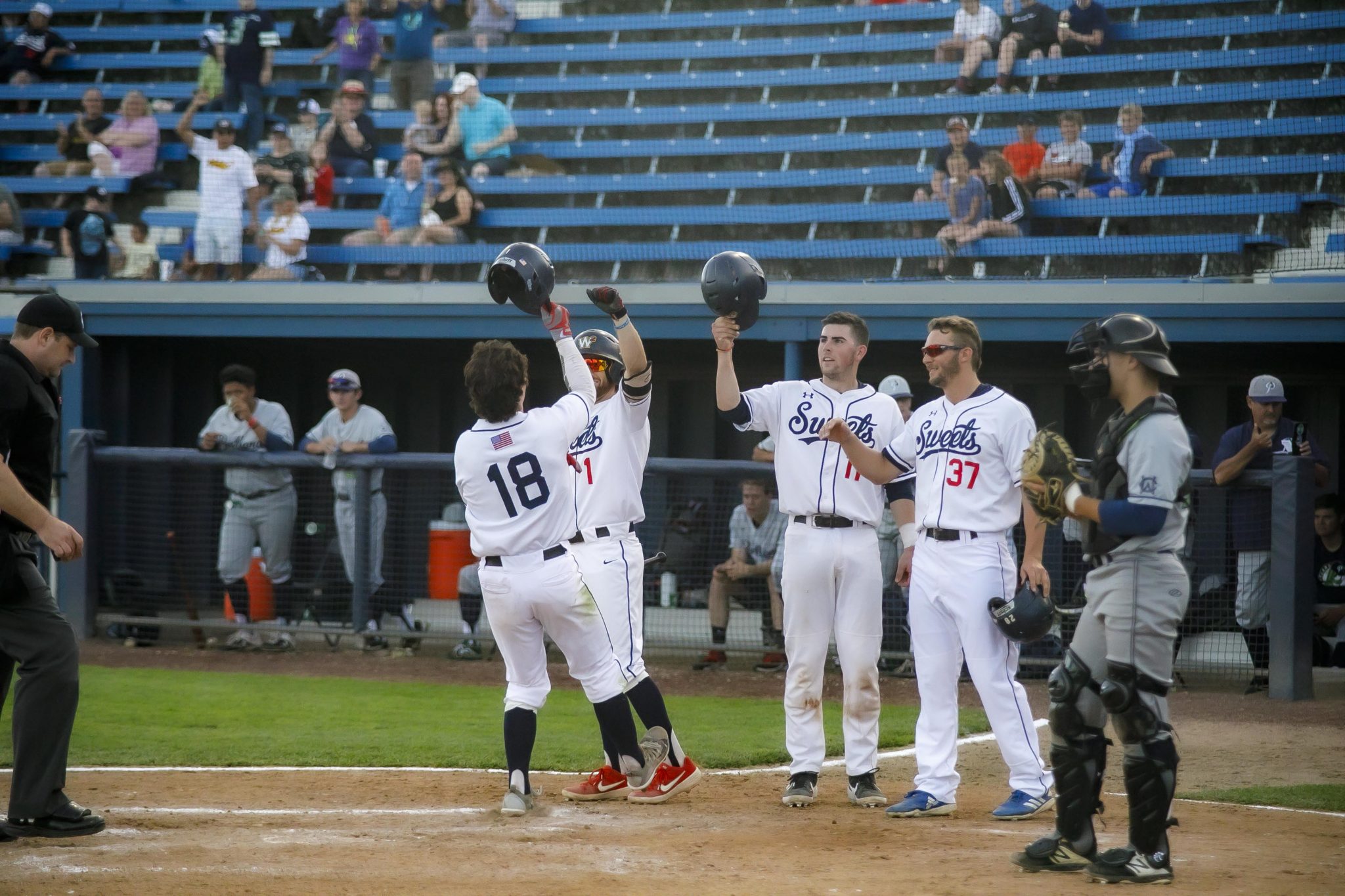 The Walla Walla Sweets took a 4-0 lead after two-and-a-half innings of their West Coast League baseball game with Portland on Wednesday night at Walker Stadium.

But it took a ninth-inning insurance run, coupled with a four-strikeout relief effort from Chazz Martinez, for Sweets Nation to breathe easy after a 5-3 triumph.

Walla Walla improved its second-half WCL record to 7-9 and is 25-18 overall. The gallant Pickles, who edged the Sweets on Tuesday night 5-4, are 9-8 in half two and 18-25 on the season against league opponents.

Both Portland and Cowlitz, which lost at Victoria 5-4 in 10 innings on Wednesday, are three-and-a-half games behind Corvallis in the WCL South’s second-half standings. Should the Knights win the second half, the South Division wild-card  playoff berth would go to the team with the second best overall record. Walla Walla leads Ridgefield (20-24) by five-and-a-half games in that scenario and the Black Bears (19-25) by six-and-a-half. Portland is seven off the potential wild-card pace.

Ryan Johnston and Parker Price led off Wednesday’s game with walks. One out later, Patrick Caulfield rolled a single through the right side of the Pickles’ infield to send Johnston home. Brock Ephan followed with a sacrifice fly to plate the second run of the inning.

Sweets starting pitcher Ben Johnson allowed a single and hit a batter to start the home first. But he got Kyle Manzardo, the Pickles’ leading hitter, to fly out to center field and Conner Wojahn to hit into a 4-6-3 double play.

Johnson got the pitcher’s best friend in the bottom of the second after a bunt single by Chase Luttrell. He struck out Kyle Velazquez, then Alex Lambeau grounded into a 6-4-3 twin killing.

Ephan stroked a two-out single in the third inning and rumbled to third on a Caleb Farmer double off the left-field wall. Ephan belly flopped across home plate on a passed ball moments later to make it 4-0.

Johnson retired the side in the latter part of inning three and faced the minimum number of hitters in the fourth. He fanned John Arndorfer to start the fourth, walked Manzardo, and Wojahn hit into a 6-4-3 double play.

Relief pitcher Mason Kokodynski racked up key strikeouts to conclude the fifth and sixth innings and keep the shutout alive. He K’d Thomas Rudinsky with a runner at second in the fifth, and worked his way out of a second-and-third, one-out jam in the sixth with back-to-back strikeouts of Manzardo and Wojahn.

Nick Irwin tossed a scoreless seventh inning for the Sweets. But he allowed a run on two hits in the eighth and exited the game after striking out Wojahn. With runners at second and third, Martinez yielded a two-run double to left by Luttrell before fanning Velazquez for out No. 3.

Price and Lopez drilled consecutive two-out, two-base hits – Price off the left-field wall and Lopez in the right-center alley – to produce Walla Walla’s final run of the game. The RBI was the 30th of the season for Lopez, who extended his hitting streak to nine games with a seventh-inning single.

Martinez struck out Lambeau and Rudinsky to begin the ninth. He then walked Austin Lively, but sat John Jensen down on strikes for the final out of the contest.

Caulfield stole second base in both innings one and seven to bring his league-leading total to 29. Farmer now possesses a five-game hitting streak and Ephan has hit safely in five of his last six games. 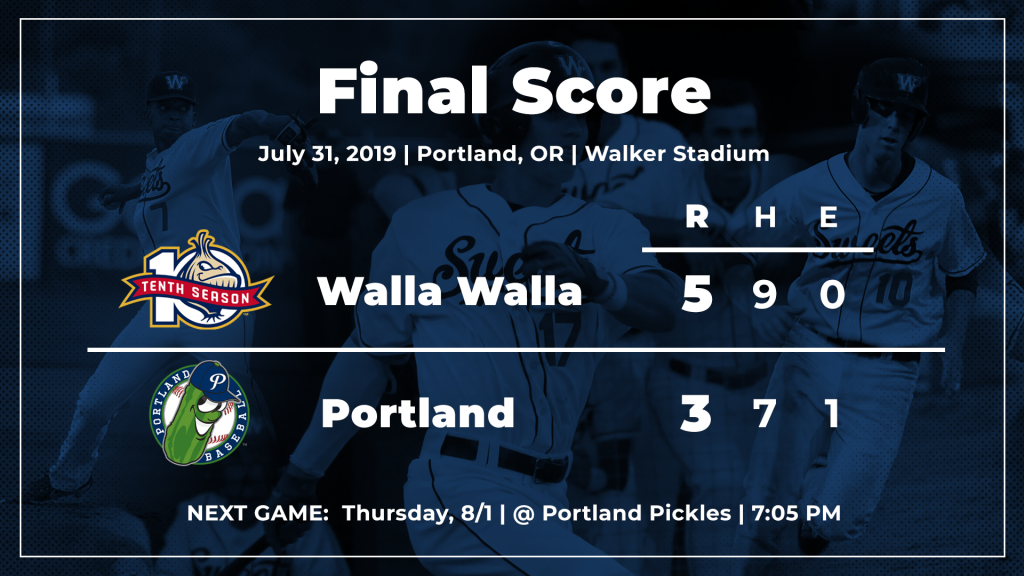 The rubber game of the three-game series is Thursday night at 7:05.