Sweets win the rubber match against the Black Bears to stay within one game of Corvallis before going into the last 3 games of the first half of the 2019 season. 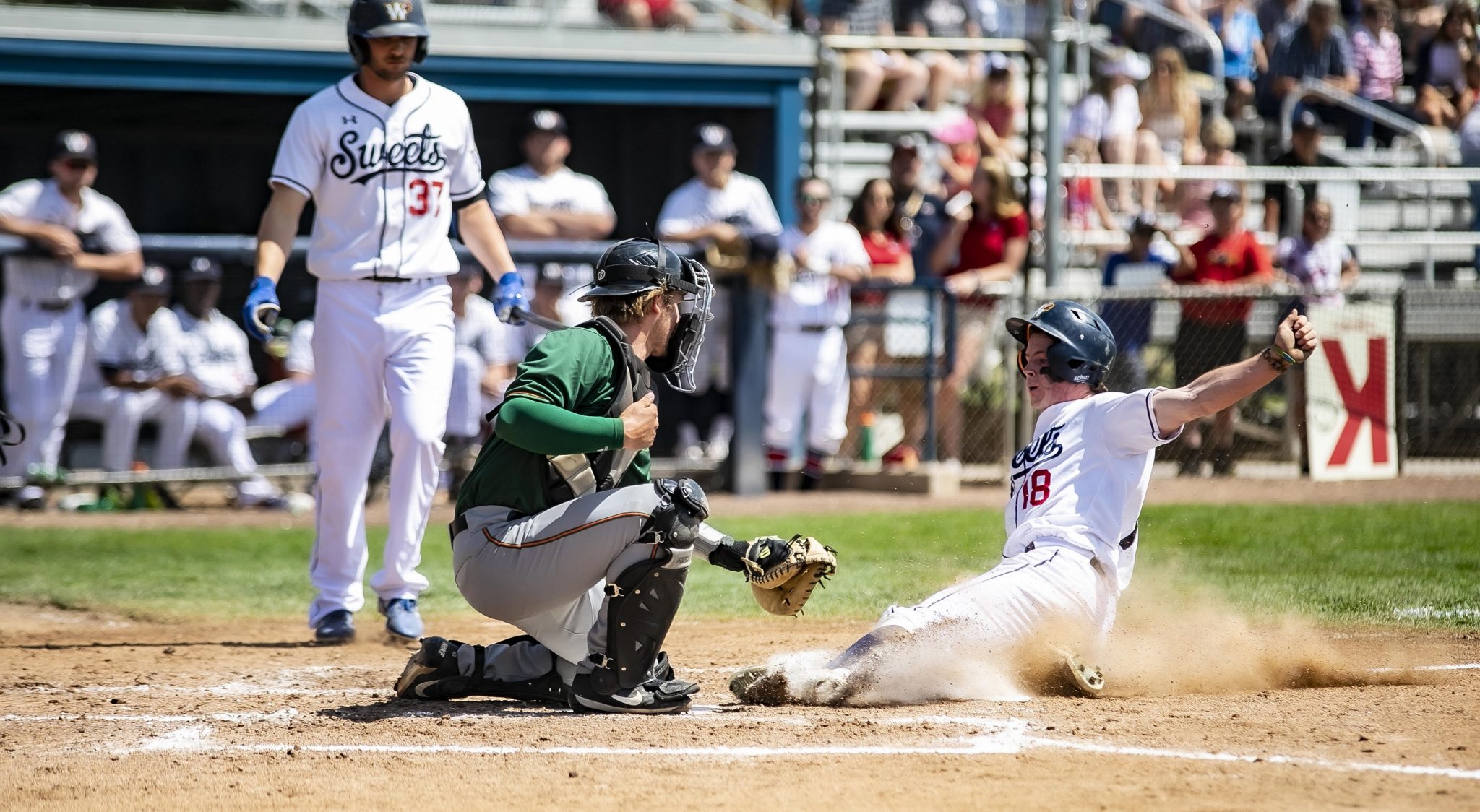 The Walla Walla Sweets clinched their seventh series victory against a West Coast League opponent Thursday with a 6-4 victory over the Cowlitz Black Bears in the rubber game of a three-game set at historic Borleske  Stadium.

Walla Walla improved to 17-7 on the season while the stubborn Black Bears left town with a mark of 7-17.

Cowlitz drew first blood in the Independence Day affair during the opening inning. Austin Bell led off with a walk, Andres Sosa reached base on an error and, after Bell raced to third on a fly out to center field by Ryan Kim, Luke Price singled in the lead-off hitter.

Sweets starting pitcher Travis Craven pitched bagels in both the second and third innings before his teammates produced a deuce in the bottom of the third. Connor Cirillo, Patrick Caulfield and Parker Price walked to start things off. Cesar Lopez lifted a sacrifice fly to left to bring in Cirillo. Caulfield and Price moved up 90 feet on a throwing error from left field by Luke Price. Moments later, Caulfield sensed a lax moment on the part of the Black Bears’ defense, broke for home, and slid into home safely with his 19th stolen base of the season and Walla Walla’s second run of the day.

Craven kept the edge intact with a scoreless fourth.

“I threw a lot of first-pitch change-ups,” Craven said. “I had a little command issue in the first inning, but settled down in the next three innings. The defense made some great plays. We’ve got some momentum going into the next series.”

Reliever Brennan Patterson faced the minimum number of hitters in the fifth, but Cowlitz tied the game in the sixth on a Luke Price double.

Walla Walla responded with a four-spot in the home sixth. Chazz Martinez and Ryan Johnston both walked and steamed home on a triple to right field by Caleb Farmer that just eluded the glove of a diving Kim. Cirillo, who scored the final run of the inning on an error, plopped a sand-wedge-type single into left-center to score Farmer prior to his tally.

“I wanted to see a couple of pitches and got to a full-count situation,” Farmer said. “I kept telling myself to stay on top of the ball. I got a pitch I could handle and hit it into the right-center gap.”

Reliever Nate Dahle got himself out of trouble and stranded two runners in the seventh.

Cowlitz scored twice with two out in the eighth against Mason Kokodynski, but the Sweets right-hander regained both his cool and composure, and ended the threat by getting Sam Ireland to pop to first for the final out of the inning.

Slender righty Nick Irwin notched the save with a perfect ninth. He sat Bell down after a foul fly to first, got Sosa to sky to left, and humbled Kim on a can of corn to center.

“Everybody is giving me a lot of confidence,” Irwin said of the support of his teammates. “It’s been a fun summer. I’m looking forward to the next couple of series.” 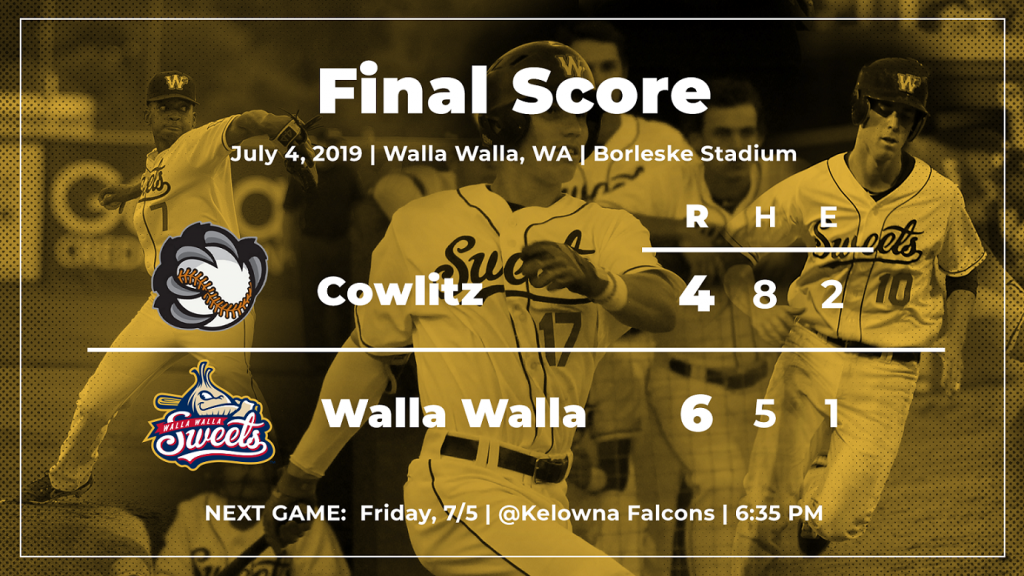 The Sweets start a six-game road trip Friday in Kelowna. A three-game set in Bellingham will follow Walla Walla’s weekend jaunt north of the border.