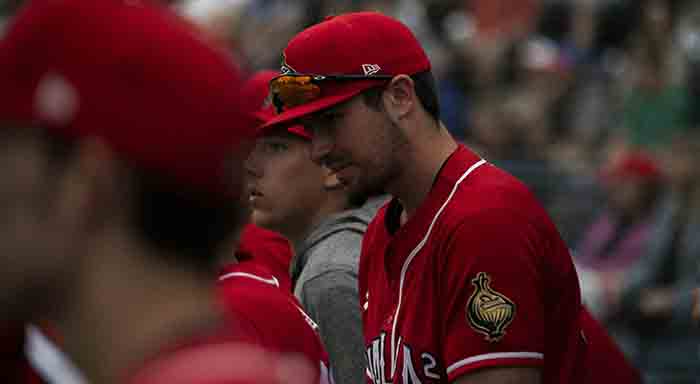 The visiting Port Angeles Lefties scored three runs in the fifth inning and five more times in the eighth inning Sunday night during a 10-5 victory over the Walla Walla Sweets in the final game of a three-game West Coast League baseball series at historic Borleske Stadium.

Sunday’s setback was a disappointing end to an otherwise successful six-game homestand. Walla Walla finished 4-2 after taking two out of three games from both Portland and Port Angeles. The Sweets are now 12-3 on the year and lead the WCL’s South Division by two games over Ridgefield.

The Lefties’ Gavin Rork led off Sunday’s game with a lead-off walk. He went to second on a Justin Fugitt single and went to third on the first of four Walla Walla errors. He scored on a C.J. Schauwecker ground out to third.

Sweets starter Ben Johnson pitched a scoreless second inning and reliever Nate Dahle faced the minimum number of hitters in the third. Dahle did give up a one-out hit to Matthew Christian, but later eliminated him with a pick-off move to first.

Walla Walla plated a pair of runs in the home third. Parker Price led off with a walk, stole second, and trotted to third on a balk. Justin Folz, the No. 2 hitter in the WCL entering the game, scored Price with a double to right-center field one out later. Folz scooted to third on a wild pitch and scored on a Ben Fariss single to left.

Dahle put up a zero in the fourth inning before the Lefties put up a trey in the fifth inning. Christian delivered a two-out, RBI single to tie the game and later scored on a Sweets snafu. Nick Diponzio brought in the final run with a one-base knock.

Walla Walla responded with an ace in its half of the fifth. Fariss drew a one-out walk, stole second and, after a Jordan Stubbings free pass, crossed the plate on an Emanuel Dean single to left. 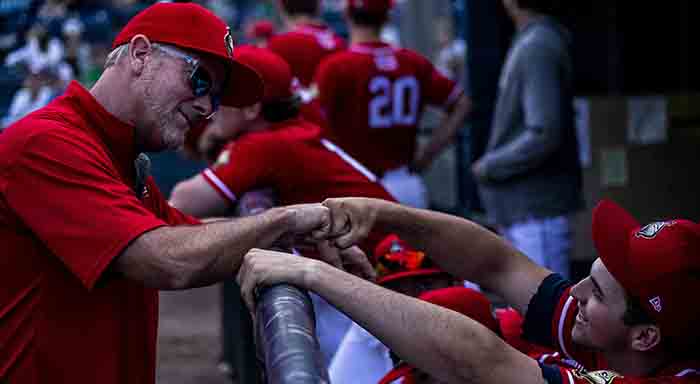 Relievers Dimick Wood of the Sweets and Kyle Hamrick of Port Angeles tossed three-up, three-down ball in the seventh before the game got away from the home team in the eighth. The Lefties achieved their five-run frame on five hits including a two-run home run by Christian to cap the inning.

The Sweets scored twice in the last half of inning eight. Dean stroked a one-out single and scored on a two-out, lost-in-the-lights double to right center by Caleb Farmer. Cesar Lopez sent Farmer home with a pinch-hit single for what proved to be the final run of the contest.

Walla Walla received four walks in the ninth, but were unable to score thanks in part to a 1-6-3 double play executed by the visitors. 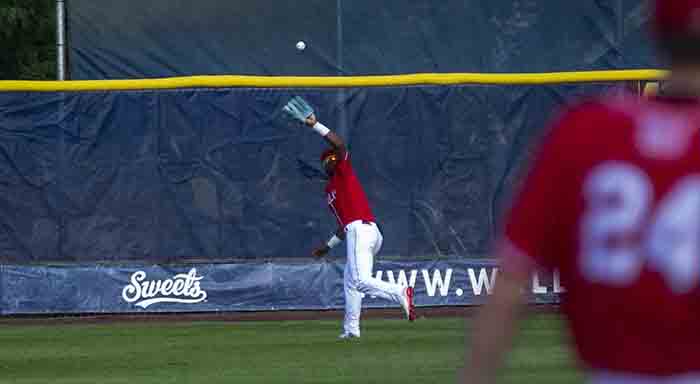 The Sweets open a six-game road trip Tuesday when they open a three-game series in Bend. Walla Walla’s probable starters for meetings with the Elks are Chazz Martinez, Travis Craven, and Andrew Mosiello. The second leg of the Sweets road adventure will take them to Ridgefield for games Friday, Saturday, and Sunday with the Raptors. 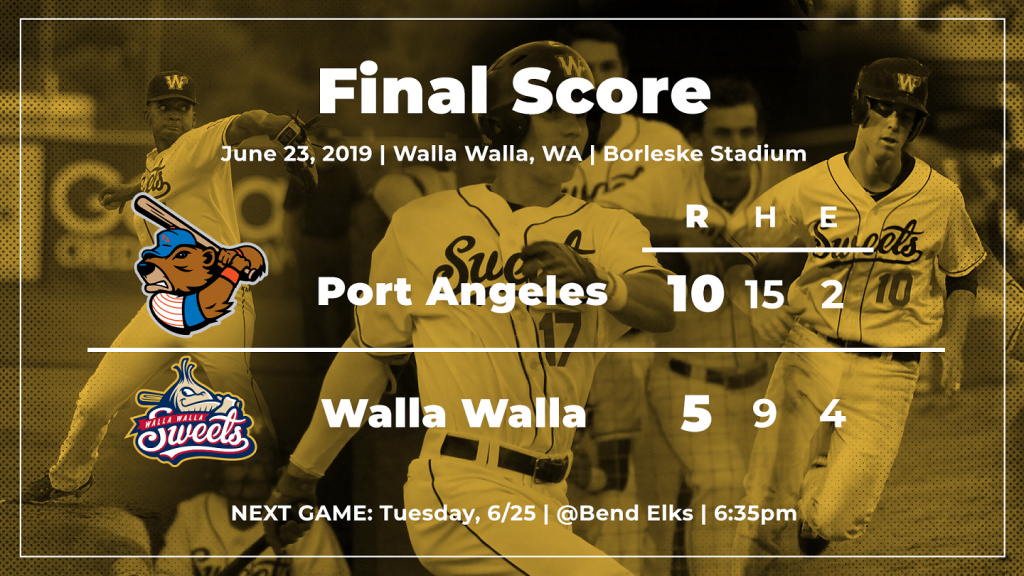