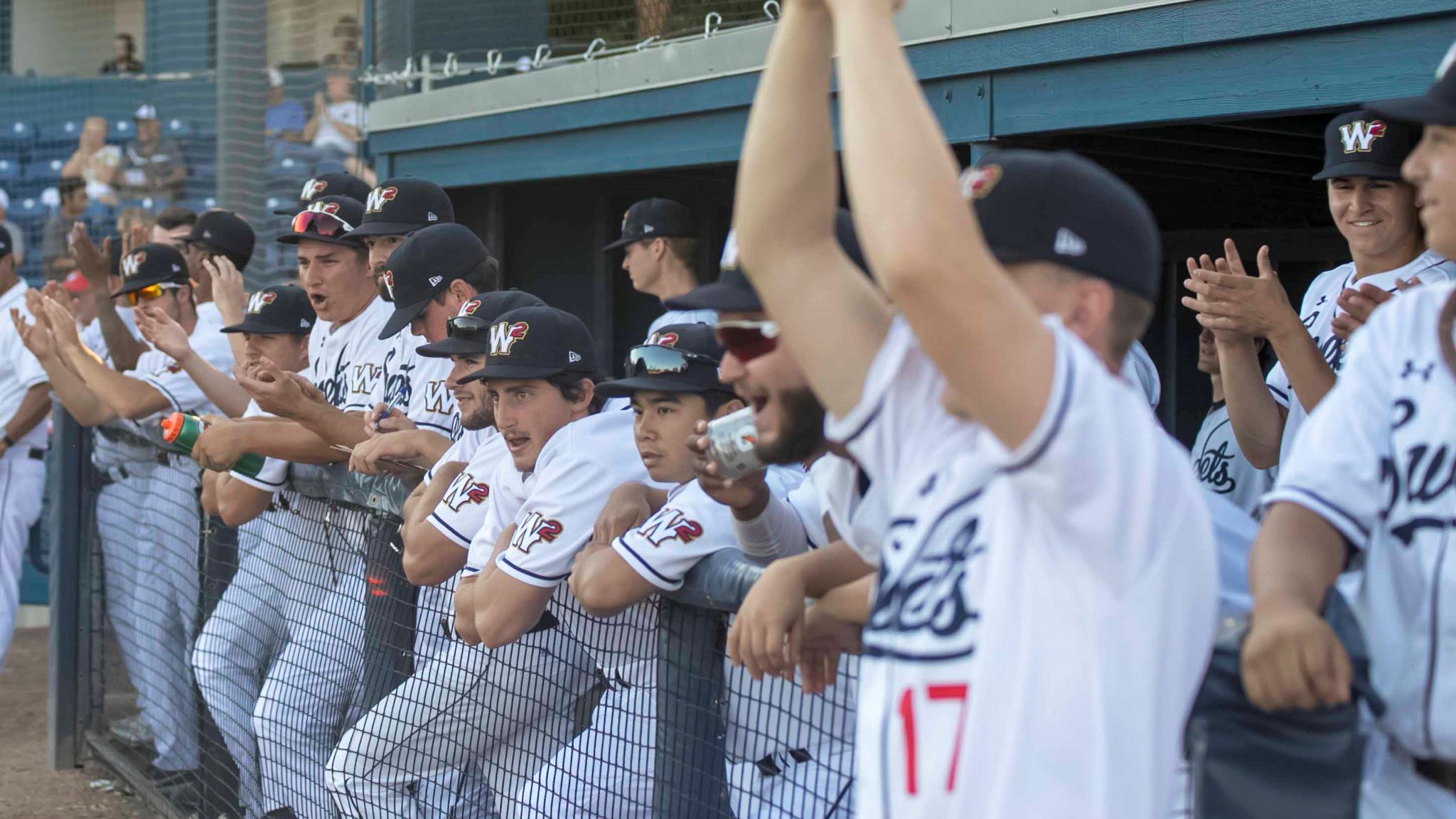 Walla Walla, Wash. – After a much needed few days off for the All-Star break, the Sweets put together an impressive all-around team performance in their first game back in action. Walla Walla defeated the Bellingham Bells at Borleske Stadium on Wednesday night by a final score of 5-4.

The Sweets tallied first on one swing of the bat in the bottom of the second inning off Bells starter Wesley Moore. Jordan Hovey worked a 2-2 count to lead off the inning, then promptly blasted a ball over the right-centerfield wall for a solo homerun to make it 1-0.

The Bells wasted no time in responding with a good inning of their own in the top of the third off Sweets starter Sean Sullivan. With two outs in the inning, a walk and a double for Bellingham put runners on second and third.

Dusty Stroup then singled into left field to drive home both runs which made it 2-1. The next batter singled for the Bells which ended Sullivan’s day on the mound after just two and two-thirds innings as he began to experience some tightness in his back.

Brayde Hirai came on in relief to strike out the first batter he faced which ended the inning. Walla Walla then evened things right back up in the bottom of the third.

Danny Sinatro led the inning off with a base hit back up the middle. He advanced to second on a wild pitch and stole third with one out in the frame.

Then Nick Nyquist dribbled a slow roller to the shortstop which had just enough on it to drive home the run as Sinatro scored easily on the RBI groundout to tie the game at 2-2.

In the top of the fifth, the Bells struck for their first run off Hirai. A double and a walk once again put runners on second and third with one out.

The next batter rolled a groundball to third where Nyquist made a savvy play to cut the runner down at home plate on a fielder’s choice for the second out of the inning. Matt McClain then smoked a hard grounder through the right side of the infield to score the runner from second to push the score out to 3-2.

Walla Walla answered right away in the bottom of the fifth inning with Moore still on the bump. Jack Filby led off the inning with a single which was followed by a walk to Ryan Johnston.

After a Sinatro flyout to left field, Austin Weiermiller came on in relief of Moore for the Bells with runners on first and second and one out. The Sweets took advantage as they started their rally.

Cesar Lopez got the ball rolling by roping a single into right field which plated Filby from second and moved Johnston all the way around to third to tie the game 3-3. A hard lineout from Nyquist to the third baseman kept runners on the corners now with two outs.

Then Hovey battled with two strikes and flipped a single into right field to score Johnston from third while moving Lopez to third as the Sweets finally took the lead back at 4-3. Ben Fariss strode in and smashed a line drive into left field to score the third run of the inning as Lopez came across to score to extend the lead out to two at 5-3.

The Bells put their final tally on the board in the top of the seventh off Hirai. Zach Needham led off the inning by hammering a shot over the left field wall for a no-doubt solo homerun to cut the lead down to one at 5-4. After a single to the next batter, Hirai’s day ended on the mound as he did a great job coming on in relief of Sullivan on short notice.

It was pitching and defense the rest of the way for Walla Walla as they trotted out Patrick Collins, Samuel Reed and Ben Fariss in the seventh, eighth, and ninth inning respectively. All three pitchers had identical lines finishing with an inning pitched, no hits allowed, no walks allowed and one strikeout.

With Fariss shutting the door in the ninth by working a one-two-three inning, he earned the save and sealed the win for the Sweets by a final score of 5-4. Walla Walla gets back to action in search of back-to-back wins against the Bells on Thursday night with first pitch slated for 6:35.