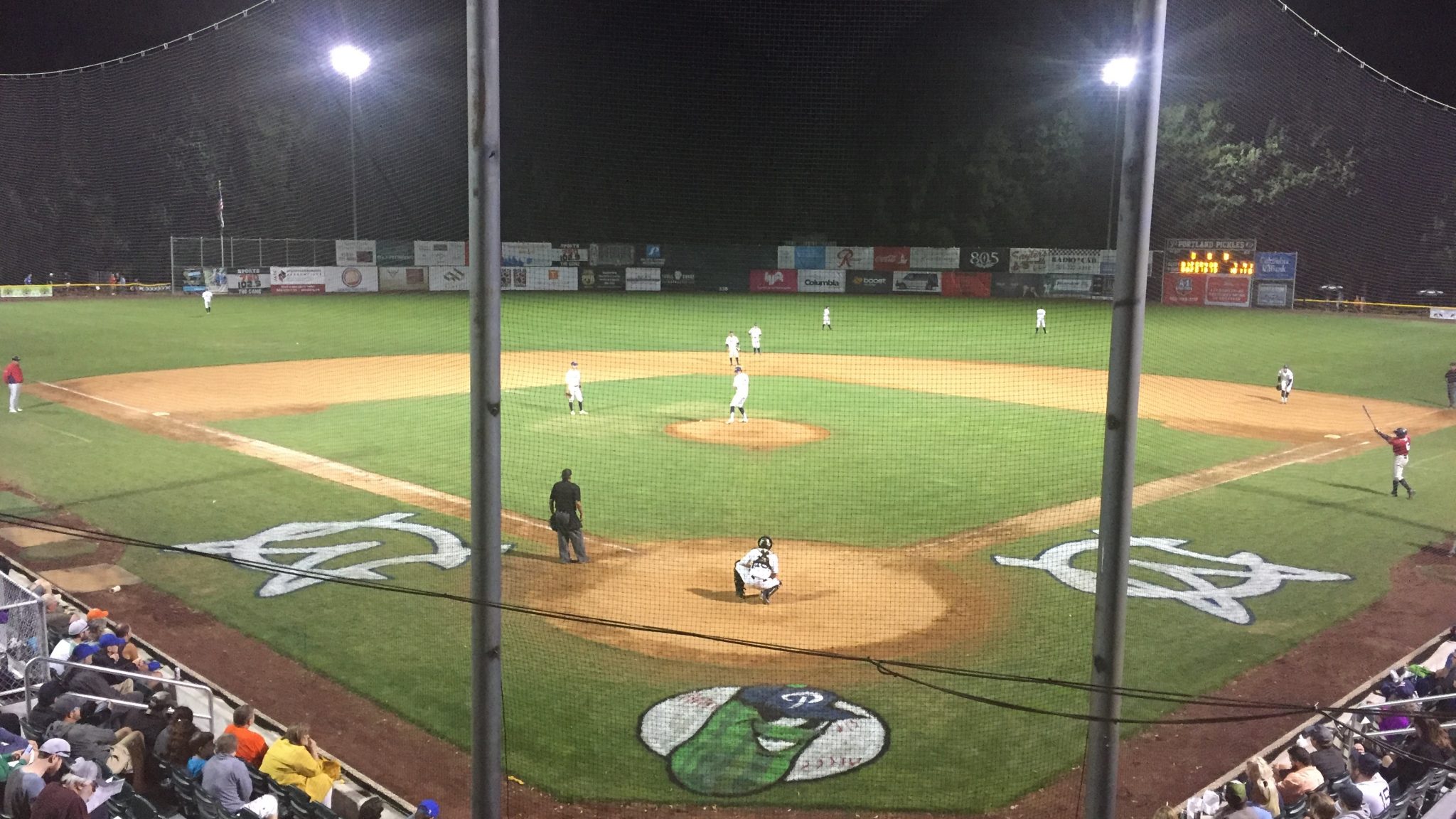 Portland, Ore. – The ball was flying around but primarily out of Walker Stadium on Tuesday night. The Portland Pickles defeated the Walla Walla Sweets thanks to a slew of homeruns by a final score of 10-7.

The Sweets moved out in front early in the top of the second inning. Back-to-back singles from Jordan Hovey and Jack Filby put runners on the corners with nobody out.

Filby ended up getting caught in a pickle and tagged out with Hovey staying put on third. Then Robby Teel drilled a ball into right field to plate Hovey to make it 1-0.

Walla Walla tacked on a pair in the top of the third on the first of many homeruns hit during the game. Unfortunately, it was the only homerun hit by Walla Walla.

Danny Sinatro led off the inning being hit by a pitch which brought up Nick Nyquist. He then promptly smoked a pitch over the left field wall for a two-run homerun to extend the lead out to 3-0.

Portland then began their first comeback of the game in the bottom of the third inning. With Sweets starter Zach Penrod on the mound, a single, a walk and a sacrifice bunt put two runners in scoring position at second and third with one out.

Then Zander Clarke pushed a soft line drive through the left side of the infield to plate the runner from third to make it 3-1. With runners on the corners and two outs, Clarke attempted to steal second and get caught in a pickle to allow the runner to score from third.

Instead, the throw down to second base got past Filby and into centerfield with the runner scoring easily from third to cut the lead down to one at 3-2.

The Pickles tied things up in the bottom of the fifth on Clarke’s second RBI of the game. With two outs and nobody on, he crushed a homerun deep into the trees out in left field for a solo homerun to tie the game at 3-3.

Leo Nierenberg kept the Sweets at bay over two and two-thirds shut out frames that included seven strikeouts. However, Walla Walla sparked a huge two-out rally off him in the top of the sixth to take the lead back.

A sinking line drive got down into right field to give Penrod a two-out single. Back-to-back walks to Tyler Pritchard and Ryan Johnston loaded the bases for Walla Walla.

Sinatro then chopped a bounding ball to the shortstop but was able to beat the throw to first base thanks to his tremendous speed for an infield single and an RBI to make it 4-3. Then Nyquist flipped a single into right field to plate two more runs and push the lead out to three at 6-3.

Still with two outs and runners now on the corners, Cesar Lopez hammered a ball deep to center. Joey Cooper leaped at the wall to try to make the grab but could not corral the ball in which allowed the runner from third to score easily.

On the play, Nyquist tried to come around and score all the way from first base. The throw to the plate was high but the tag came down just in time to cut down Nyquist for the third out of the inning after four runs had scored as it was now 7-3.

It ended up being all Portland the rest of the way. With Penrod’s day on the mound coming to an end after five innings with five strikeouts and three runs, albeit just two earned, Ty Hueckman took over in the bottom of the sixth.

Cooper gave Hueckman a rude welcoming to the ballgame as he led off the inning with a solo homerun to centerfield to make it 7-4. A single, a strikeout and a walk put runners on first and second which brought Tyson Quolas to the mound for the Sweets.

A wild pitch moved both runners into scoring position at second and third. Then Carson Breshears peppered a hard ground ball into the hole at short.

Filby was able to lay out to make the diving stop, but his throw back to first base got past Nyquist. Two runs came around to score on the play to trim the lead back down to one at 7-6.

Then with two outs in the bottom of the seventh, a big fly tied the game once again for the Pickles. Jake Berry came up with two outs and the bases empty to hit a wall-scraping solo homerun to left field which made it 7-7.

The biggest hit of the game came in the next inning as Johnston took over for Walla Walla on the bump in the bottom of the eighth. A single, a sacrifice bunt and a pop out put a runner on second base with two outs.

The Sweets chose to intentionally walk Clarke to put runners on first and second. The next batter, Mikey Perez, put three runs on the board with one swing of the bat as he homered to deep left field for a three-run shot with the lead swelling out to three at 10-7 for Portland.

Walla Walla was able to get the tying run to the plate in the top of the ninth after a single and a walk with one out. Then Adam Davenport shut the door with a strikeout and a groundout to earn the save and seal the win for Portland by a final score of 10-7.

Game two between the Sweets and Pickles will take place on Wednesday evening with first pitch slated for 7:10.