He leaves after 5 seasons with the most wins in team history, and following a return to the WCL Playoffs 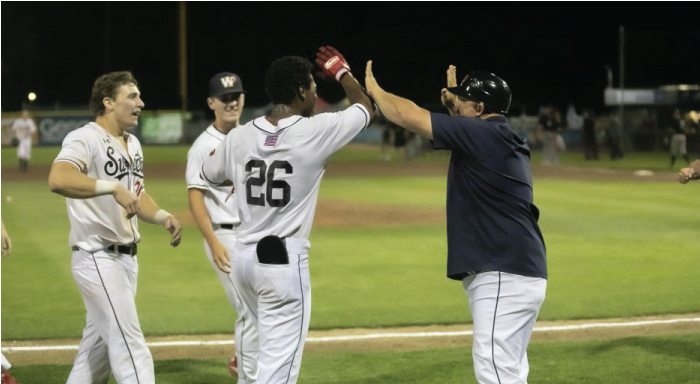 Frank Mutz, who has skippered the Walla Walla Sweets since the 2015 season, shared with team president Zachary Fraser that he will not be returning to manage the club in 2020. Mutz and his family live in Las Vegas, NV, where his year-round employment in education and education development will not allow him to spend the summer months in the Pacific Northwest.

“I have loved being a small part of the Sweets Family over these past five seasons,” said Mutz. “I will miss the time with friends at the stadium, competing every night in a great stadium, and the relationships with the players and coaches that form each summer.

“I will cherish the time that I spent in Walla Walla and the friendships that will continue.”

Mutz arrived as a decorated former minor league player, MLB scout, and high school coach from Southern California. A challenging first season on the field was followed by 3 winning seasons out of the last 4, including a return to the WCL playoffs following the 2019 campaign. His total regular season wins (153) and winning percentage (.531) are team records.

Two accomplishments stand out: Mutz’ ability to work with major universities such as UW, USC, UCLA and other major programs with strong baseball pedigrees, and his efforts to help junior-college players connect and sign with the best D1 programs. His deep network of connections in the college game was a benefit to players who often don’t have assistance in the process of finding the best fit for the next step in their playing and academic careers.

“Frank has become a dear friend, and someone who never hesitated to roll up his sleeves and engage in our community,” said Fraser. “From cleaning the stadium when we were short-handed, to visiting community events, churches, and other service opportunities, Frank dove right in.

“We appreciate his efforts on our behalf, and his work to develop good players and young men. I look forward to staying close to Frank and his family.”

Mutz regular-season record by year (playoffs marked with an *):

The search for the next manager of the Sweets has already started and the selection will be announced later in the off-season.