Sweets drop a marathon game to end the 2019 regular season 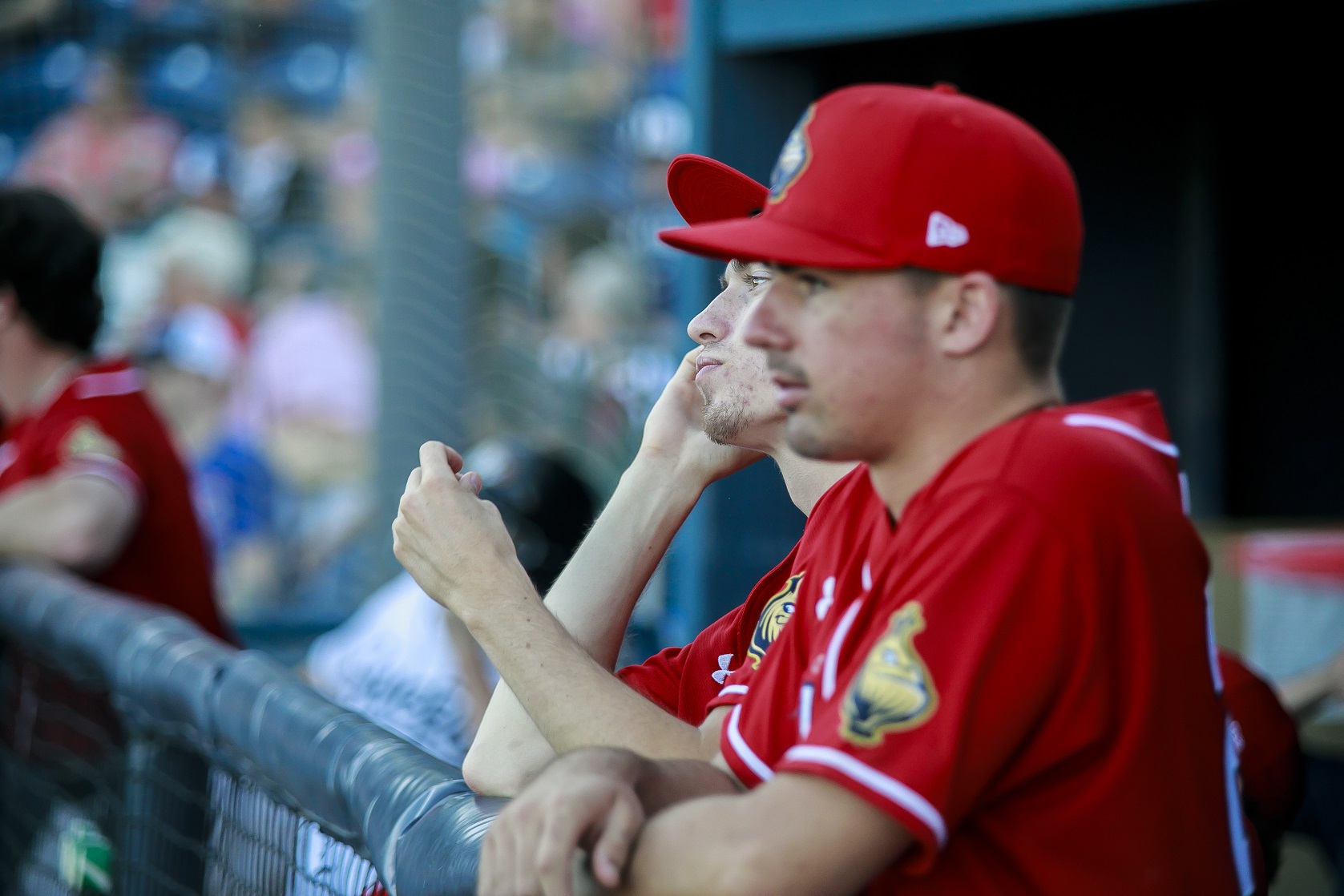 Eddy Pelc hit a three-run home run in the bottom of the 15th inning Sunday night to lift the Yakima Valley Pippins to a 6-3 victory over the Walla Walla Sweets in the West Coast League regular-season finale for both teams.

Yakima Valley scored the first run of Sunday’s game in the initial frame against Sweets starter Turner Edwards, who was making his Walla Walla debut. Edwards walked five of the first six hitters he faced, but gave up just the one run.

The Sweets evened the score in the top of the second. Carson Green led off with a single. He stole second, then moved to third on a throwing error by Pippins’ catcher James Bell. Zac Berryman laid down a bunt down first-base way to score Green and knot the score at 1-1.

Edwards pitched a 1-2-3 bottom of the second and got out of a first-and-second, no-out jam in the third inning. But a two-run double in the fourth by Aidan Welch brought an end to his evening. Mason Kokodynski replaced Edwards and got Tanner Parker to fly out to center field for the first out of the inning. Welch tried to move from second to third on the play, but Chazz Martinez unleashed a no-hop throw to Green to cut down the Yakima Valley runner.

Emanuel Dean led off the fifth inning with a double and went to third on a Justin Folz single. Folz got himself into a pickle between first and second, but first baseman Tyler Dean made an errant throw to second that struck Folz and allowed Dean to score.

Kokodynski put up zeros in the fifth and sixth innings while Brennan Patterson followed suit in innings seven and eight.

Walla Walla tied the game in the ninth. Patrick Caulfield led off with a double and went to third on a 3-4 sacrifice by Kokodynski. Folz lifted the first pitch he saw from Pippins’ reliever Nick Brown to center for a sacrifice fly to plate Caulfield.

Brayde Hirai, Parker Price, and Green teamed up to throw no-hit ball from the ninth through 14th innings.

Cesar Lopez surrendered a walk and a hit by pitch prior to Pelc’s poke over the right-field wall. 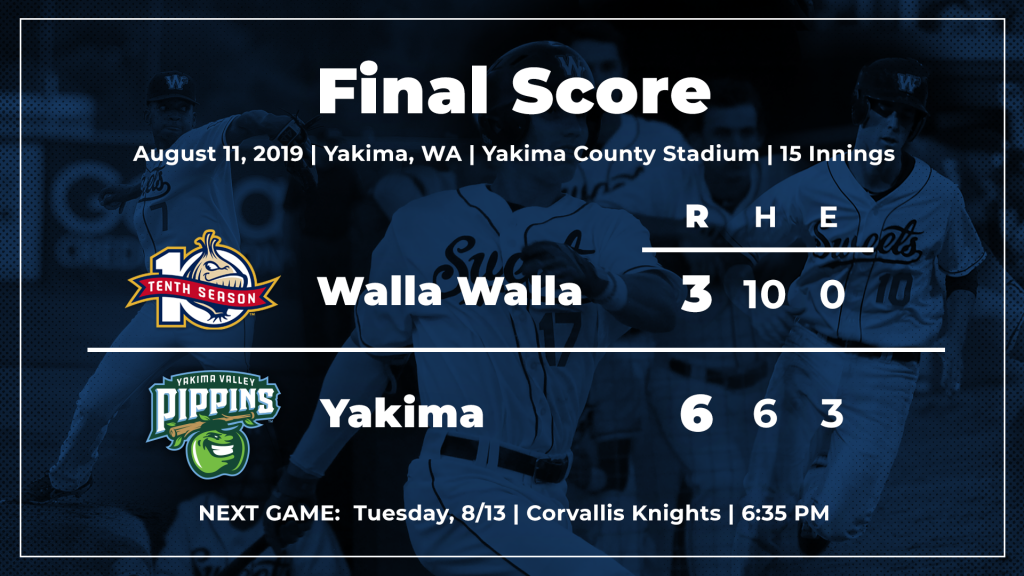 The all-time, regular-season series between the two teams is tied at 18 wins apiece.