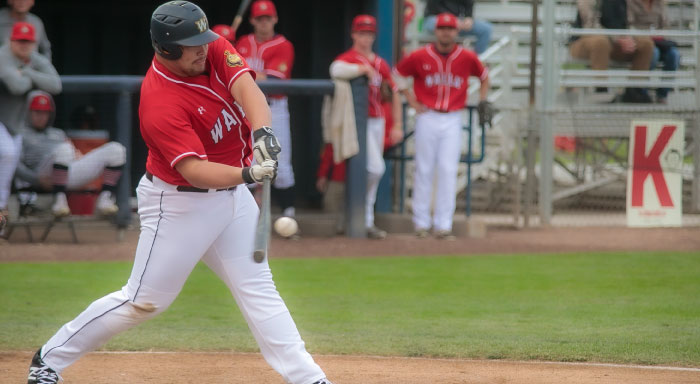 “Playoffs? Don’t talk about – playoffs? You kidding me? Playoffs? I just hope we can win a game!” – Jim Mora, Indianapolis Colts

It’s hard to talk about playoff scenarios without that soundtrack running through the mind. Particularly with baseball, where you play every day, the worry really is just about the game in front of you that day, not some of-in-the-distance pennant race and playoff tournament. Managers around the league roll their eyes when GMs ask to talk about the playoff scenarios.

But, teams have to prepare, fans are interested, and it is what makes sports fun – the chance to lay claim to being “the best” that playoffs and a championship tournament provide. So, we dive in to make heads/tails of the WCL playoff format.

The second half provides opportunity for teams who struggle at the beginning of the season to have new life in the second half. If a different team than that team who won the first half has the best record through games 28-54, that team claims the second playoff spot in the division.

“The value of the first half/second half model is that you really have two seasons within one,” said Sweets president Zachary Fraser, who also represents Pacific Baseball Ventures on the WCL Board of Directors, where decisions such as the split-season format are made. “You can recover from a bad start and breath life into your stadium for the second half.

“And if you win the first half, you have the benefit of 6 additional weeks to fill your stadium for a playoff series.”

What if a team wins both halves? Per the WCL rules, the team with the next best overall record for the entire season would lay claim to the wild card, and the second playoff spot for the division (each division has two entries into the playoff rounds, with 4 total participants). A wild card entry is how the Sweets earned their first playoff berth – in 2011, with the Wenatchee AppleSox laying claim to the division title.

“There is a part of each competitor that wants to win the division out-right, but with playoffs, you are appreciative for the chance to go to the tournament,” said Fraser. “The wild card is a chance to get a 3rd season in one – both halves serving as the first two!”

It Changes Every Day

Because baseball is played every day, the scenarios change every day. For instance, at publication, the Corvallis Knights own a 2.5-game lead in the WCL South over the Cowlitz Black Bears and Portland Pickles in the second half. If the season were to end today, the Knights would win both halves of the season. The Sweets own the next-best overall record (for the entire season) in the WCL South Division, so the Sweets would lay claim to the wild card and face the Knights in the Division Series.

Series wins are very important. They help determine tie-breakers. For instance, if the above-mentioned Black Bears and the Sweets end up tied for the WCL South lead by the end of the second half, the fact that the Sweets won the season series 4-2 gives them the first tiebreaker. Baseball is tough enough to win every day, so teams look for the series wins (vs. sweeping three games) to help gain tie-breakers throughout division play.

Still Work to Do

“The series win against Cowlitz, this series against Portland, and to finish up division play with Ridgefield at home means that we can help create our own success – not just wait on others,” said Fraser. “It’s both the joy and the pressure of a pennant race – the daily check on the standings and doing the math each morning – we still have work to do.”

CHEER ON THE SWEETS TO A PLAYOFF SPOT – BUY TICKETS HERE

If the Sweets were to qualify for the playoffs, Game One of the WCL South Division Series would be hosted at Borleske Stadium on Tuesday, August 13.

Fraser is reflective on the potential of again hosting a playoff game or two at historic Borleske Stadium.

For the full details on the WCL Playoff procedure, please visit here: https://westcoastleague.com/playoff-procedures/