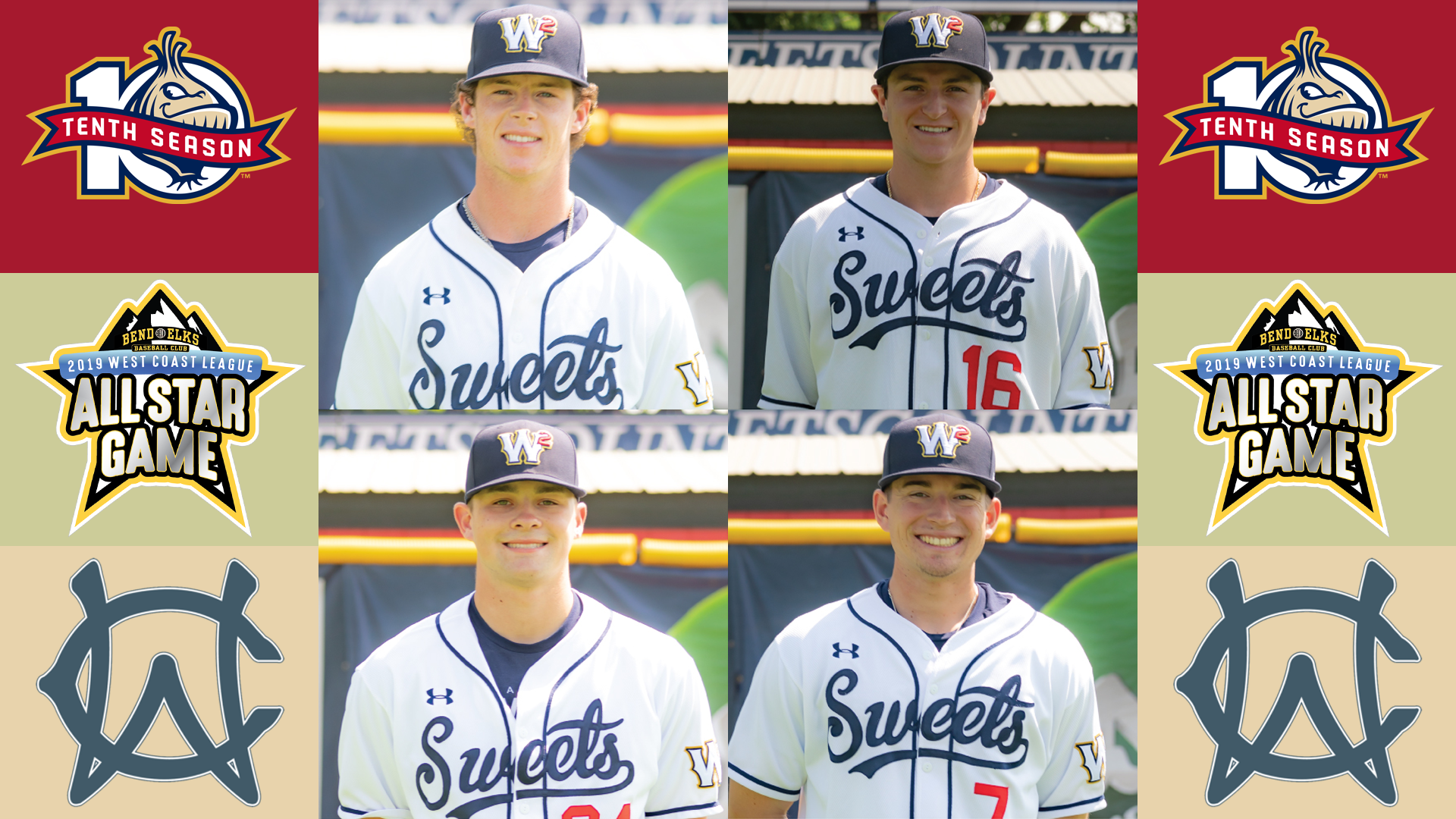 A quartet of Walla Walla Sweets were named to the West Coast League’s South Division All-Star team this morning, as announced by league commissioner Rob Neyer.

Those who will travel to Bend for next Tuesday’s WCL equivalent to the mid-summer classic are center fielder Patrick Caulfield, third baseman/designated hitter Justin Folz, and pitchers Travis Craven and Reid Sebby.

The group will depart for Bend after the Sweets wrap up a three-game weekend series in Corvallis on Sunday.

Caulfield, who plans to further his collegiate career at UCLA, is currently sixth in the league in batting (.362 avg.), and is first in stolen bases (23), second in runs scored (32), and tied for fourth in hits (42). He has four home runs and 18 runs batted in, and is the author of 15 multi-hit games this season.

Folz, who will be attending St. John’s University, is hitting .303 with a pair of taters and 14 RBI, and is tied for second in the WCL with 10 doubles.

Craven, a Whitman College star, ranks third in the West Coast League with a 1.55 earned run average. He has thrown 29 innings over his 10 starts this season and has yielded just 22 hits and seven runs (five earned). The southpaw has walked only nine batters and struck out 31. Craven gave up a run, fanned three, and walked two over four innings in the Sweets 6-3 victory over Victoria on Monday night at Borleske Stadium.

Sebby, a Cypress College product, sports a minuscule 0.55 ERA over 16.1 innings. He has allowed 15 hits, two runs (one earned), seven walks, and has K’d 20. The right-hander notched his sixth save after throwing a scoreless ninth inning Monday night.

“We are excited for Patrick, Justin, Travis, and Reid,” Walla Walla manager Frank Mutz said. “They have been leaders on and off the field – a big part of starting the season 25-10 – and deserve this recognition. We are proud they will represent our city and our team.”

Right-hander Ty Hueckman, a Nevada hurler, narrowly missed a spot on the South roster. Hueckman is among the top five (among qualifying pitchers) in the WCL South in six statistical categories including innings pitched (23), wins (3), win percentage (1.000), batting average against (.150), walks and hits per innings pitched (.910), and batting average on balls in play (.174). Hueckman ranks in the division’s top 10 in strikeouts (21, sixth), strikeout-to-walk ratio (1.792, ninth), and strikeouts per nine innings (8.217, seventh).

The Sweets host Victoria in the middle game of a three-game series tonight at 6:35.