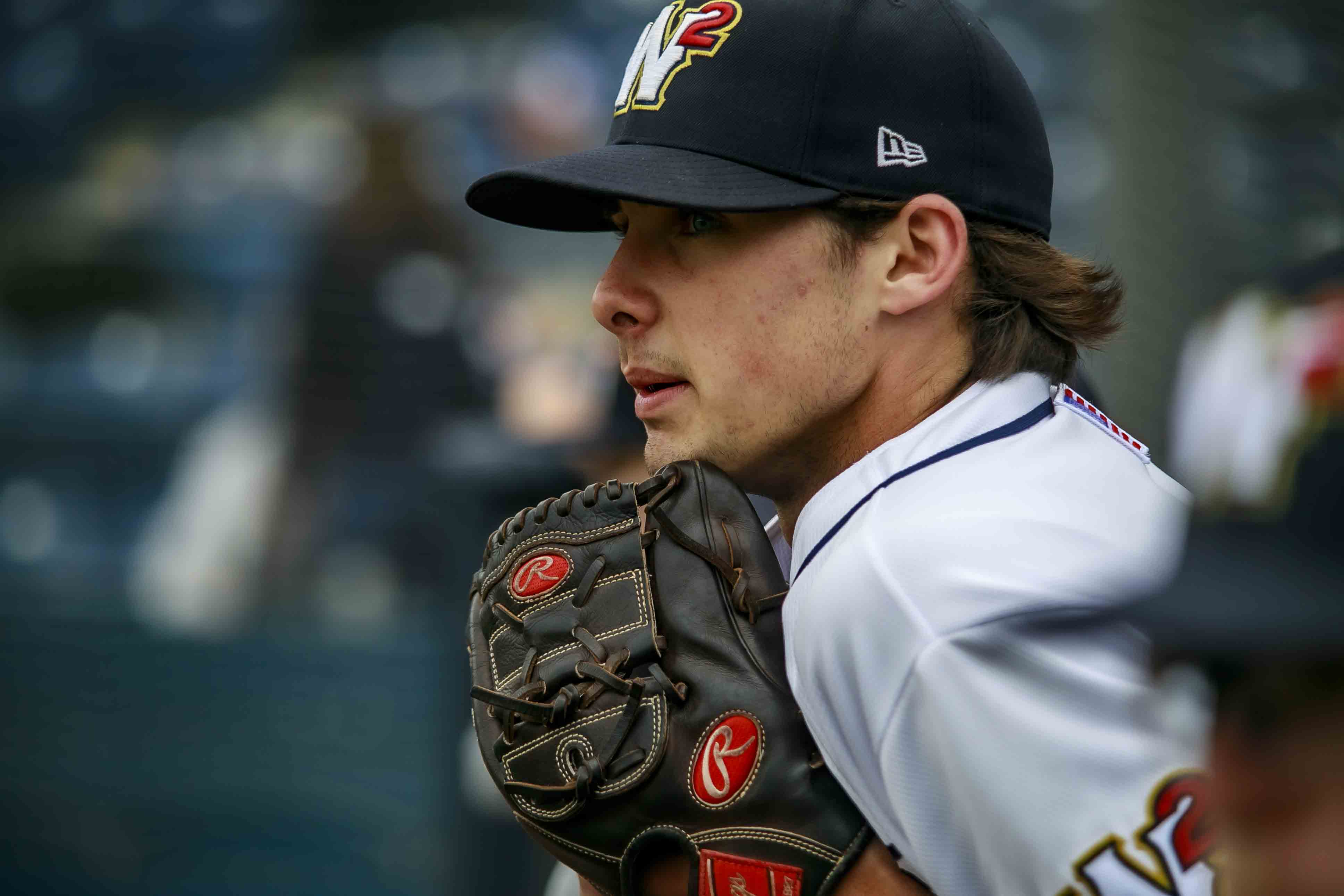 The Walla Walla Sweets started the final game of their three-game weekend series with the Ridgefield Raptors in fine form Sunday afternoon at the Ridgefield Sports Complex.

Brock Ephan towered a two-run home run to left field in the top of the second inning to give Walla Walla a 2-0 lead.

Following that mighty blow, thoughts of maintaining a one-game lead in the WCL South, a series sweep and a 4-and-2 road trip danced through the heads of those in Sweets Nation.

But the hometown Raptors, in the throws of a five-game losing streak, had other ideas.

Ridgefield scored three times in its half of the second, added another trey in the sixth and went on to a 6-3 victory that snapped Walla Walla’s three-game winning streak.

Both the Sweets and three-time defending league champion Corvallis, winners of nine straight, now sit atop the WCL South standings with identical 15-6 records.

Third-place Ridgefield is 11-10 and are four games back of the division co-leaders.

Each team collected a hit in the first inning. The Sweets Cesar Lopez doubled with two out and Ridgefield’s Cameron Repetti drilled a one-out single.

Parker Price ripped a one-out single in the second before Ephan manhandled a 1-1 pitch from Ridgefield starting pitcher Michael Spellacy and sent a majestic blast over the left field wall that Raptors’ left fielder Andrew Schleusner could only watch and admire as it exited the field of play.

Jonny Weaver got the home team even with a two-run double in the last of the second and Steve Ramirez later drew a bases-loaded walk to give Ridgefield a 3-2 edge.

Walla Walla equalized in the guest’s half of the fourth inning. Caleb Farmer led off with a double and Emanuel Dean followed with a single to left that knotted the score at 3-3.

Pitcher Brennan Patterson tossed three effective innings in relief of Sweets starter Chazz Martinez. He retired the Raptors in order in both the third and fifth innings, and slithered out of a first-and-second, two-out jam in the fourth.

Tyler Erne led off the Ridgefield sixth against Sweets hurler Dimick Wood with a single. One out later, Weaver singled and Repetti hit a three-run home run to left.

Ben Fariss entered and blanked the Raptors the rest of the way and fanned a quartet of Raptors.

Spellacy lasted seven innings and gave way to Repetti in the eighth. Repetti faced four batters in the eighth, and took a dip into some hot water in the ninth after retiring the first two hitters. He hit Ephan on an 0-2 delivery and, after Fariss came in to pinch-run, Jordan Stubbings singled to right. The runners moved up an extra base on an error by center fielder Dusty Garcia.

Repetti was up to the challenge in the end. He got Connor Cirillo on strikes to end the threat and the game. 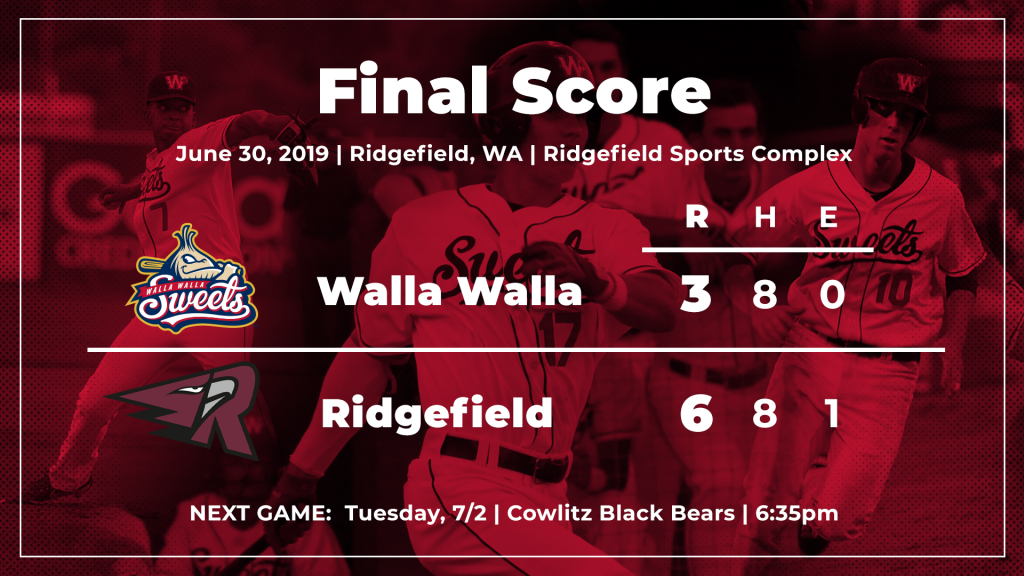