Hoshida may or may not have enough talent to stand in the box and swing, but team is willing to see what will happen 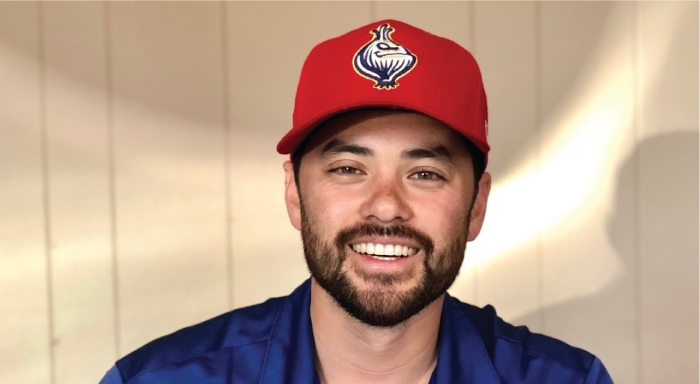 Sometimes, in the creative and development process, you just throw a bunch of stuff on the wall(a) (squared) and see what sticks. The idea to throw out a first onion instead of a baseball – largely believed to be the first time in the history of the game that produce would be used for this time-honored tradition – came about as first-year general manager Zachary Fraser was treating staff to a lunch that included onion rings. Now – ten seasons later – it is a beloved tradition in #SweetsCountry. So, you never know.

The same “let us just see what happens” approach is in the works again this season, as the Sweets have signed local sports reporter Alan Hoshida of local CBS affiliate KEPR to a 1-day contract for the 2019 season. Hoshida reports (not that kind of reporting – the fancy sports way of say “shows up”) to training camp this afternoon for tonight’s workout at Borleske Stadium. The team is planning to have Hoshida see live action Saturday, June 1 vs. the Seattle Studs. The team will than determine if he is worthy of an extension to a 10-day contract. 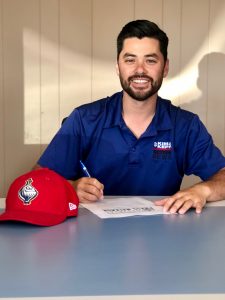 “I can’t wait to get out there,” said Hoshida. “I’ve just learned how to work the pitching machine here at the cages in Tri-Cities, so I feel very prepared to face some of the best amateur talent in the Pacific Northwest. It can’t be that hard, right?” 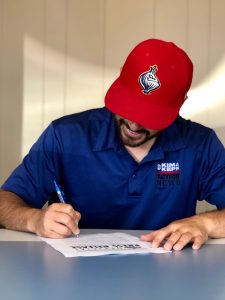 In addition to his confidence in picking up the game of baseball, Hoshida has carved out an impressive career covering sports throughout Eastern Washington. A native of Gilroy, CA he traded his love of Garlic for his love of Sweet Lou upon arrival in the Columbia Basin. Prior to arriving here, he spent the first half of the decade covering sports in the Bay Area, and is a graduate of San Francisco State University. He has built a name for himself by rolling up his sleeve (just one, not both) and reaching deep to cover high school, college and professional sports from Yakima to Walla Walla. 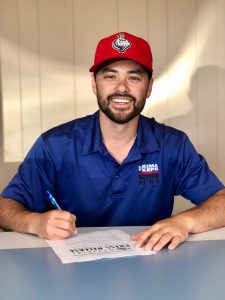 “Fraser has lost his mind,” said manager Frank Mutz with an eyeroll. “But Alan is a nice guy, and we are excited to support him in his effort to prove that our lifetime pursuits of developing baseball talent can be learned by buying new cleats, a few days at the cages, and putting on a nice uniform.

“But the boss is the boss – so welcome Alan!”

Fraser, now team president, has gone power-hungry since GM J.C. Biagi took a brief leave of absence to tend to his growing young family. With the signing of Hoshida, other front office members fear he will never be stopped.

However, local sports fans should enjoy watching Hoshida try to prove he can make it.

Tickets for the exhibition game vs. the Seattle Studs are able to be secured here and are just $3 – where ever fans choose to sit.  If fans wish to connect with Alan in advance of the game – to either encourage or heckle him – he can be found here: