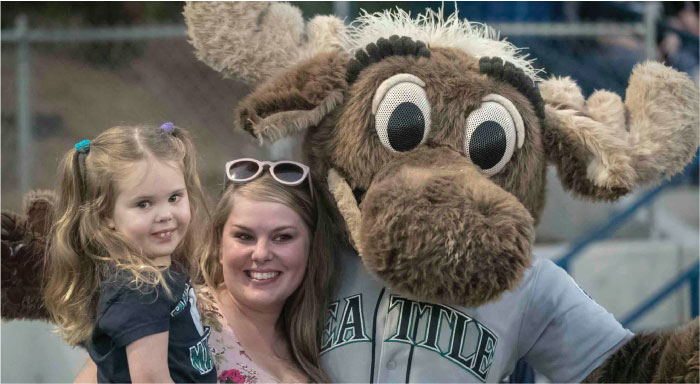 Winning attracts headlines. However, customer service and fan experience drive the business of Sweets baseball. The 2019 promotions schedule has been finalized, and team officials believe that the combination of traditional promotions, with a few new additions and a continued focus on fan value, the 10th season of Sweets baseball will be one of the best yet.

Leading off, Opening Day has established itself as a spectacle not to be missed in the Walla Walla Valley. Chrysler Dodge Jeep Ram, who continues to prove that they are the local’s choice for buying the best trucks, returns as the presenting partner. It represents the fourth season of the relationship, one that CDJR General Manager and partner Joel Olsen is proud to represent.

“For the past four seasons, we have been the Opening Day sponsor and season-long partner of the Walla Walla Sweets,” said Olsen. “This year is especially ‘Sweet’ because we get to celebrate 10 years with the team being a staple in our community.”

Opening Day will begin with gates opening at 6 PM, and the first 1000 fans receiving a commemorative cap courtesy of Chrysler Dodge Jeep Ram. Fireworks will light up the sky following the game, and the Valley will know for certain that summer is underway.

The remainder of the first homestand shapes up well – with magnet schedules on Wednesday, June 5, and a reason to skip school and work on Thursday June 6. The Sweets will throw the first pitch on 6/6 at 10:35 AM, and with more than 500 school kids lined up to be at the park, the team is inviting business owners and parents to join their kids for a little hookie fun. Even the Noon Rotary is getting in the action – having moved their weekly meeting to the ballpark.

One of team president Zachary Fraser’s favorite nights returns on June 8. “Dog Days of Summer III” – back for it’s fourth year (the first was a boring and previously trademarked “Bark in the Park”). Local families are invited to bring their dogs to the park with them. Last year, the event drew more than 100 dogs – and the team is shooting for 250.

“Coda, our family dog and the photo prop for the marketing, can’t wait,” said Fraser.

July 3-4 has, like Opening Day, become a cornerstone staple of the promotional season for the Sweets. With one of the best fireworks shows around, presented by Wilbur-Ellis, and a chance to start the holiday off with friends and cold drinks, the game on the 3rd (with the fireworks) will be followed by a 10:35 AM first pitch on July 4. Why another morning game?

“Our fans have made being at the ballpark an important part of their family tradition since I was in the dugout,” said Sweets general manager J.C. Biagi. “With a morning game, families can head to Pioneer Park after for festivities there, home for evening barbecues and then out to the Community College for another great fireworks show.

“We believe it may be the best 48 hours of the summer – two ballgames, two firework shows and a ton of fun!”

Key giveaway and special nights – including Opening Day – will be:

New in 2019 will be Tux Tuesdays. The longtime Prescott landmark will be on-site making their world-famous Tux Burgers on the following Tuesday night games: 6/11, 6/18, 7/16, 8/6. People who come from all over the Valley to the small Prescott restaurant and bar can now get their favorite at the ballgame.

As previously announced, fans don’t need to wait for a specific day of the week for deals – like a Tuesday night. $5 general admission tickets are available every night (including Opening Night), and the Sweets Value Menu has food and beverage options ranging from $1 – $4 every single game (including $3 beer and $3 hot dogs).

If food, fireworks and fun giveaways aren’t necessarily the top draw – perhaps 40% off merchandise (including team caps) will be what moves people to the ballpark. Every Wednesday night – including July 3 – merchandise at the Stadium will be 40% off. That is in unison with a hat that will be available every night for $9.99, a t-shirt and a sweatshirt that fall in the Value Line pricing. Bounce houses and VR simulators will be provided by Jumpin’ Jelly Beanz, and the right field bleachers are being replaced by Adirondack chairs and games, and maybe even a firepit (still working with the insurance company on that one!).

Now – if we can cap all of this off with a playoff run…it’ll make the season extra-Sweet.