FanFest to continue - new in 2019 is the chance for a Sweets fan to be in uniform, get an at-bat vs. Studs pitchers 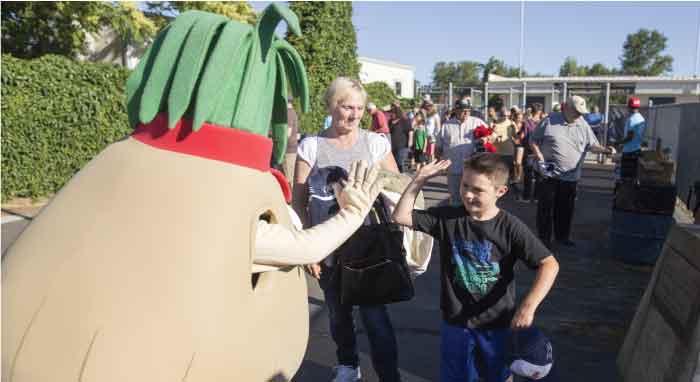 The past few seasons, Borleske Stadium has hosted Sweets FanFest – a great way to sample food and beer, new construction at the venerable ballpark – and an exhibition game as two separate events. In order to have more fun, the team – ready to get the 10th season in the Walla Walla Valley rolling – has combined the two.

The Sweets will welcome the historic Seattle Studs of the PIL to Walla Walla on Saturday, June 1 for a pre-season game for both clubs. The Studs are one of the most decorated semi-pro teams in the history of the game, now operating in their 65th season, and founded by the namesake of the baseball stadium in Tacoma, Ben Cheney (Cheney Stadium). Interestingly enough, the name “Studs” refers to the 2×4 piece of wood that is now ubiquitous in home construction. They are regularly among the Top 10 teams in the National Baseball Congress World Series.

“It’ll be a great chance for our guys to play a talented, experienced team and for our coaching staff to see what we have to work with this summer,” said manager Frank Mutz.

“At this level, we don’t have the luxury of a month of spring training and practice – so we have to evaluate quickly.

“Games like these are valuable in that evaluation experience.”

The game will be combined with the FanFest – with all sorts of fun activities for people ready to put the harshness of winter aside and dive head-first into summer.

Opening Day, Presented by Chrysler Dodge Jeep Ram of Walla Walla, is Tuesday, June 4 vs. the Corvallis Knights. Always one of the best celebrations in the Valley, it will be additionally special as the Sweets start the tenth season in team history – the longest any one team has played continuously in the community’s history. Tickets are going fast – so be sure to get them soon by clicking here!