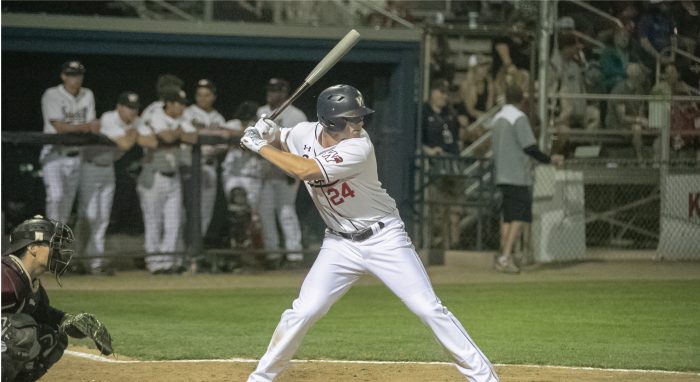 Snow and more snow…and more snow – it makes it hard to believe that college baseball threw its first pitch (for most schools) of the 2019 season this past weekend. But it did – in gloriously warm locales such as Phoenix, AZ and Los Angeles, CA and other Xanadu-like places that don’t ever really worry about cold and snow and ice. So…while we brace for more shoveling, scraping and dream of blue skies and Borleske, we can start to live vicariously through the games happening now. We reflect on players from our past – and what they are doing now – and look forward to learning about players that will fill our summer nights this season.

This week also marks the 10th season of our “10 Things to Know” column. I started in 2010 as a way to scrape together some – any – level of interest in the upcoming season of Sweets Baseball, because at the time no one was really listening! Nearly 500,000 fans later, you listened, and I am thankful for that. I’m excited to pick this project up again for this coming season.

1. This is the first-ever spring that a former Sweets player is starting the season on the Active (25-man) roster of a Major League Baseball club. Matt Hall (2013) was celebrated last summer as the first-ever Sweet to play in a MLB game. He is active on the Tigers roster at the start of camp. We will check in often with Lakeland to see his progress, and fingers crossed that he becomes the first Sweet in franchise history on an Opening Day roster.

2. We’ve enjoyed a long, and fruitful, relationship with UCLA Bruin baseball. This season, their roster – picked by many to compete for the PAC-12 title – has (4) past Walla Walla players, and 2018 member Jack Filby was the winning pitcher in Game 1 of a 3-game sweep of St. Johns.

4. 2017 RHP Ryan Anderson threw a solid 5 innings and picked up the win for the Wolfpack of Nevada, as he got the ball to start the season against #24 Missouri State. He struck out 6 and walked only 1.

7. 2017-18 RHP Darius Vines has landed at Cal-State Bakersfield, where he already has a record of 1-0, with 7 strikeouts to 2 walks in his first start.

8. 2017 RHP Milo Mincin has had a strong start for the hometown Whitman Blues. He is sporting a 2.35 ERA in 4 appearances (all relief) and is controlling the basepaths – he has struck out 7 while only walking 1. He has also picked up a save.

9. 2013 RHP Jon Harris, who as a teammate of Hall’s at Missouri State and was a 1st Round pick of the Toronto Blue Jays, reached AAA Buffalo last season, and is considered a favorite for the Jays to call up this season. We look forward to keeping an eye on that story.

10. Gonzaga had a rough start to the season – a favorite to return to the NCAA tournament, they limped out of the gate with a 1-3 start – but Sweets legend Nick Nyquist (pictured above) did manage to launch a home run in one of his two starts this past weekend.

Opening Day is a little over 100 days away (we will pass that mark this weekend) – we can’t wait to get season #10 started!

GET YOUR TICKETS TO OPENING DAY