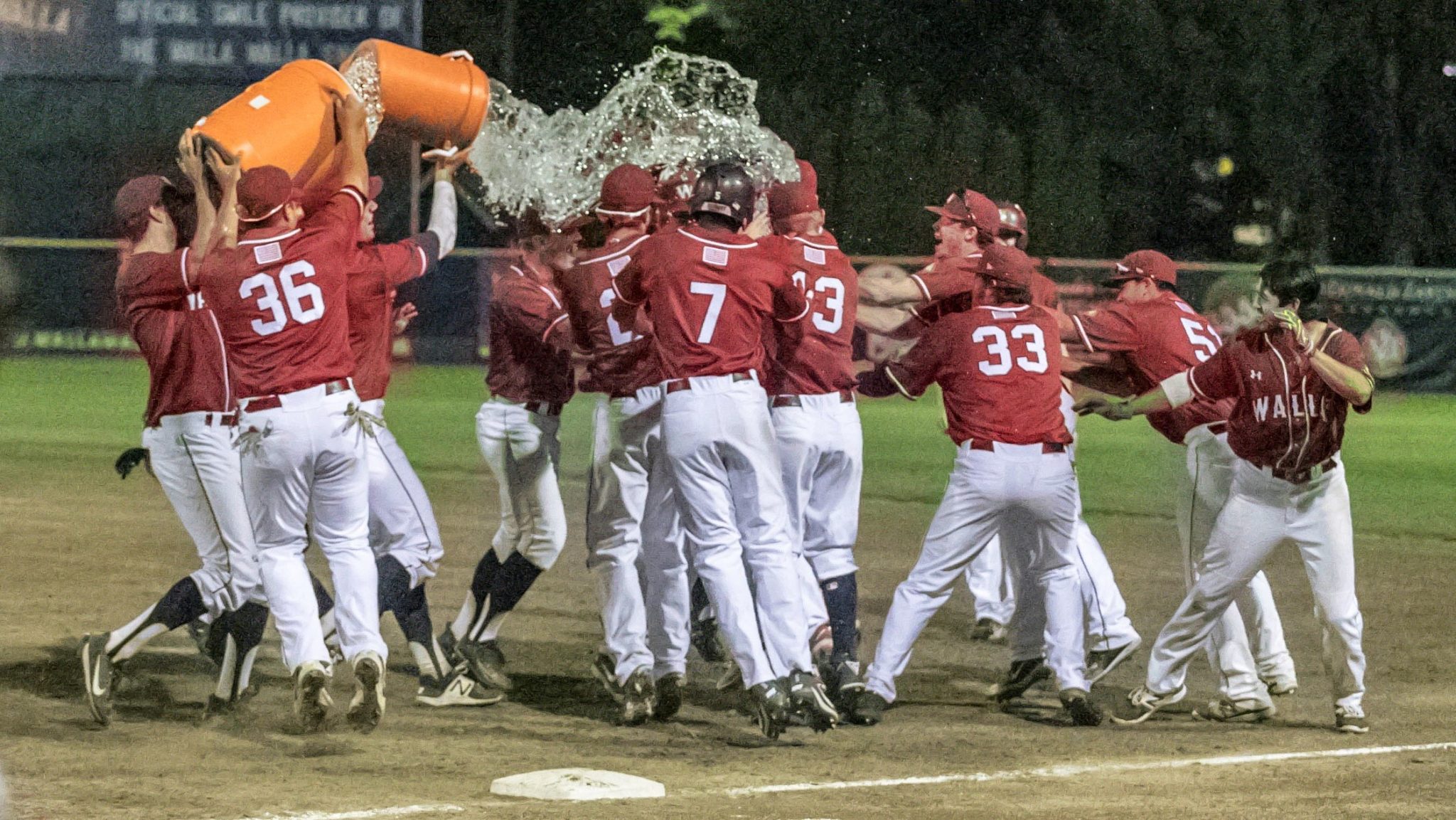 Walla Walla, Wash. – There were a lot of great moments captured at Borleske Stadium this summer, but only one could be voted the best. The ‘Splashdown!’ photo from the Sweets’ walk-off victory against the Kelowna Falcons on August 1 was voted by fans the Best Picture of the 2018 Season.

The late-season victory against the Falcons came with a little extra meaning for the Sweets. Heading into the game on August 1, the Sweets had lost three-straight and were coming off a road trip in which they went 1-5.

It was a wild game early between the Sweets and the Falcons that saw the scoreboard swing back and forth. Walla Walla jumped out to a 3-0 lead in the bottom of the first inning on a two-run double by Jordan Hovey and an RBI double by Cesar Lopez.

The hot start was short lived however as Kelowna responded with six runs in the top of the second inning to take the lead 6-3. Walla Walla then slowly began to chip away at the lead.

It can not go without mentioning the performance turned in by Johnston on the mound in the game. He took over in the top of the fifth inning and was virtually untouchable.

Johnston went five scoreless innings with five strikeouts and allowed just one hit. Perhaps most impressive is that retired the final 13 batters he faced on nothing but strikeouts and groundouts with the ball never leaving the infield.

Walla Walla came to the plate in the bottom of the ninth inning trailing 6-5 with a final crack at trying to extend or win the game. Ben Fariss was called on to pinch hit to lead off the inning and with one swing he turned the game on its head.

On the very first pitch he saw, Fariss launched a towering drive into the trees out past the left field wall for a solo homerun which tied the game at 6-6. Quentin LaFontaine then drew a walk to put the game-winning run on with nobody out.

Darius Vines came on to pinch run for LaFontaine to give the Sweets a little added speed on the base paths. After an error put runners on first and second, a sacrifice bunt moved both runners into scoring position with only one out.

That brought up Nick Nyquist for a chance to play hero and give the Sweets a much-needed win. On a 1-1 count, he lifted a fly ball into left field.

The ball was caught as Vines tagged from third and headed for home. The throw to the plate was wide as Vines scored standing up with Nyquist walking the Sweets off winners by the final score of 7-6.

The celebration ensued and the Best Picture of the 2018 Season, ‘Splashdown!’, was captured as Sweets players spilled onto the field and doused Nyquist with the Gatorade jug. Stay tuned on Saturday for the upcoming Look Back at the 2018 Walla Walla Sweets Season to check out all the great photos from Borleske Stadium this past year.