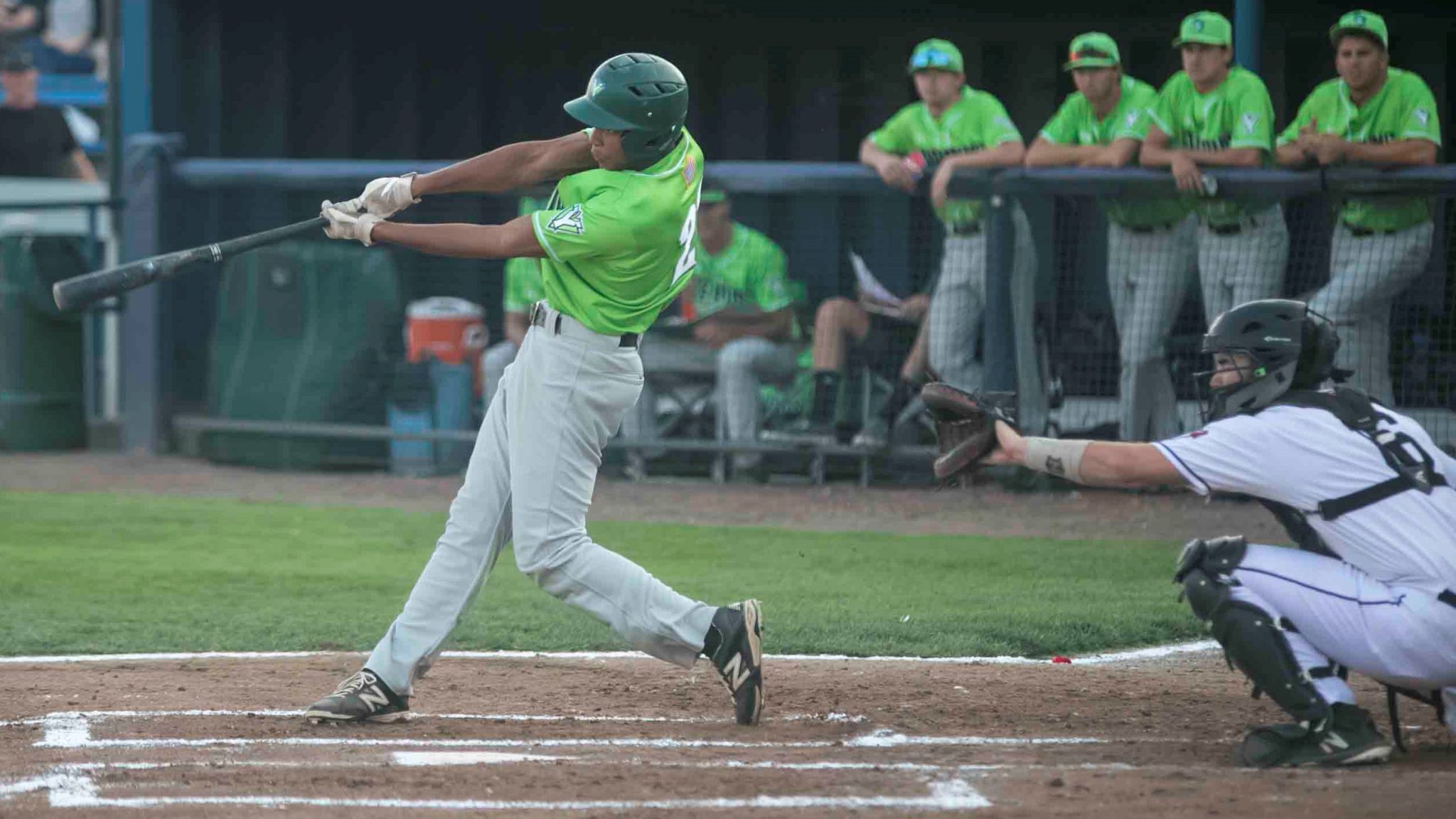 Walla Walla, Wash. – The Yakima Valley Pippins broke out their power bats in the series finale against the Sweets. The Pips offense rolled behind four homeruns as they trounced the Sweets 9-3 on Sunday night in the final home game at Borleske Stadium for the 2018 season.

The game began with a bang for Yakima Valley in the top of the first. With Brayde Hirai on the mound for the Sweets and one out in the inning, Nick DiCarlo hit a towering homerun into the trees out in left field for a solo shot to make it 1-0.

Things went from bad to worse for Hirai out on the mound in the top of the second. A hit-by-pitch, a strikeout and a walk put runners on first and second with one out.

Cam Campbell then launched a ball deep down the left field line. It cleared the manual scoreboard and got out for a three-run homerun which extended the lead out to 4-0 for the Pippins.

A single and back-to-back walks with two outs still in the inning loaded the bases. That brought Carson Woolery to the mound in relief for the Sweets.

On the second pitch he threw, it got past Matt Elser and back to the back stop which allowed the runner from third to score to make it 5-0. The offense kept rolling for Yakima Valley in the top of the fifth inning.

With Tanner Cunha on the mound, a leadoff double was followed by back-to-back flyouts. Bryce Wooldridge then laced a base hit into right field to score the runner from second to make it 6-0.

The Sweets pushed across their first run of the game in the bottom of the fifth. Ryan Johnston drew a walk to lead off the inning.

Jack Filby then roped a ball deep into the left-centerfield alley. It got out to the wall for an RBI double as Johnston scored all the way around from first to make it 6-1.

The Pippins answered right back with a big inning in the top of the sixth. With Cunha still on the hill, Kyle Dean smacked a one out double up the left field line.

Tyler Lasch then hammered a shot over the right field wall for a two-run homerun which extended the lead out to 8-1. After a groundout, Chris Arpan drilled a ball over the left field scoreboard for a solo homerun to make it 9-1.

Walla Walla tried to rally late but came up short. Johnston led off the bottom of the seventh with a double into left-centerfield.

A Quentin LaFontaine single put runners on the corners with nobody out. After a strikeout, Tyler Pritchard lifted a ball into left field that was caught.

Johnston tagged from third and made it home safely on the RBI sacrifice fly to make it 9-2. With one out in the bottom of the eighth inning, Nick Nyquist strode to the batter’s box for what would be his final at-bat at Borleske Stadium.

He then promptly drilled a double into right-centerfield to put himself in scoring position. Jordan Hovey then flipped a base hit into left field which scored Nyquist as the lead was trimmed down to six at 9-3.

That proved to be all the offense the Sweets would produce as Jake Moberg came to the mound for the Pippins in the bottom of the ninth. After a leadoff walk, Moberg rolled up a double play groundout.

Then a slowly hit ball back to the mound was flipped onto first in time for the final out as the Pippins sealed the victory by the final score of 9-3.

The Sweets hit the road for one final series in the 2018 season. They take on Cowlitz in a three-game series beginning at 6:35 on Monday.