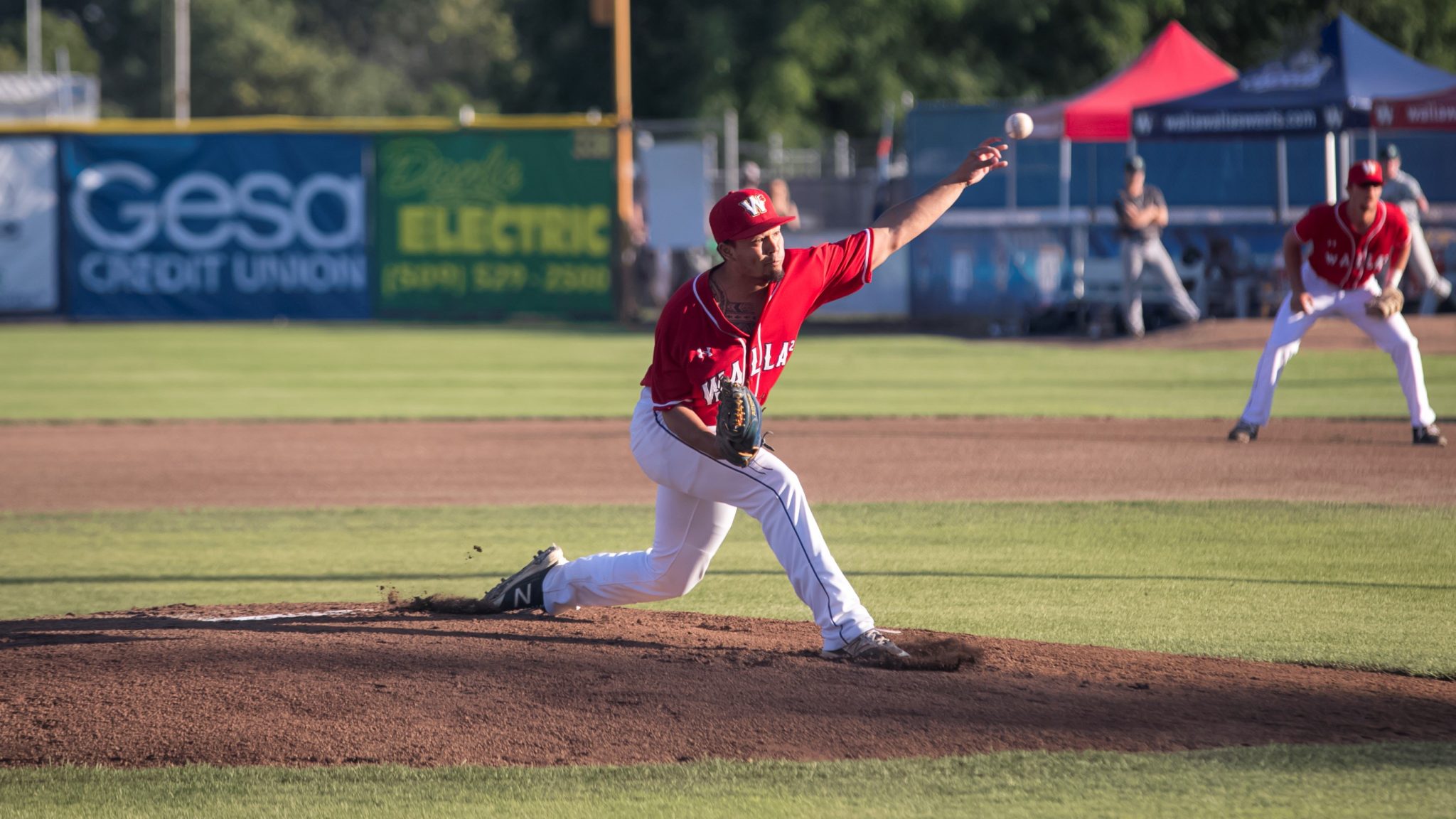 Walla Walla, Wash. – After a stretch of close games, the Sweets were able to win by a more comfortable margin on Saturday night. They defeated the Yakima Valley Pippins by a final score of 7-3 at Borleske Stadium behind an all-around great team performance.

It was a fast start for the Sweets’ offense in the game. Cesar Lopez singled and stole second base in the bottom of the first inning.

With two outs, Jordan Hovey flipped a base hit into left field to drive home the run and make it 1-0. Walla Walla was able to add on in the bottom of the second inning off Pippins starter Mason Wells.

Back-to-back singles from Isaak Gutierrez and Josh Prizina put runners on first and second with two outs. It was then three straight RBI singles from Patrick Caulfied, Lopez, and Nick Nyquist to drive home three runs in the inning which extended the lead out to 4-0.

The Pips pushed across their first run of the game in the top of the third with Sweets starter Tyson Quolas out on the mound. With a runner on first and one away, Kyle Dean hammered a ball off the centerfield wall for an RBI double to make it 4-1.

The offense kept rolling for Walla Walla in the bottom of the fourth off Pips reliever Jack Gonzales. With the bases loaded and one away, Nyquist drilled a fly ball out to centerfield for an RBI sacrifice fly which scored Prizina from third to make it 5-1.

Tanner Inouye came to the mound for Yakima Valley in the bottom of the fifth, but he could not slow down the Sweets offense. With one out and runners on second and third, Prizina smoked a double into left-centerfield.

Both runners scored on the play as the lead swelled out to six at 7-1. Quolas’ strong outing was over after the fifth inning.

He allowed just one run on four hits to go along with seven strikeouts. Will Blackburn then took over for Walla Walla in the sixth and threw up a shutdown inning in addition to striking out two batters.

Cole Schoepke came on in relief for the top of the seventh inning as the Pippins tried to rally late. A pair of singles with one out put runners on first and third.

A Jake Moberg single into left-centerfield drove home a run to make it 7-2. With runners still on the corners and two outs, a wild pitch got back to the back stop which scored another run as the lead was trimmed down to four at 7-3.

Dimick Wood was called on to close the door late in the game, and he did just that. He tossed back-to-back shutout innings in the eighth and ninth on just one hit with two strikeouts to seal the victory for the Sweets by the final score of 7-3.

The final home game of the 2018 season at Borleske Stadium begins Sunday evening against the Pippins. First pitch is slated for 7:05 PM.