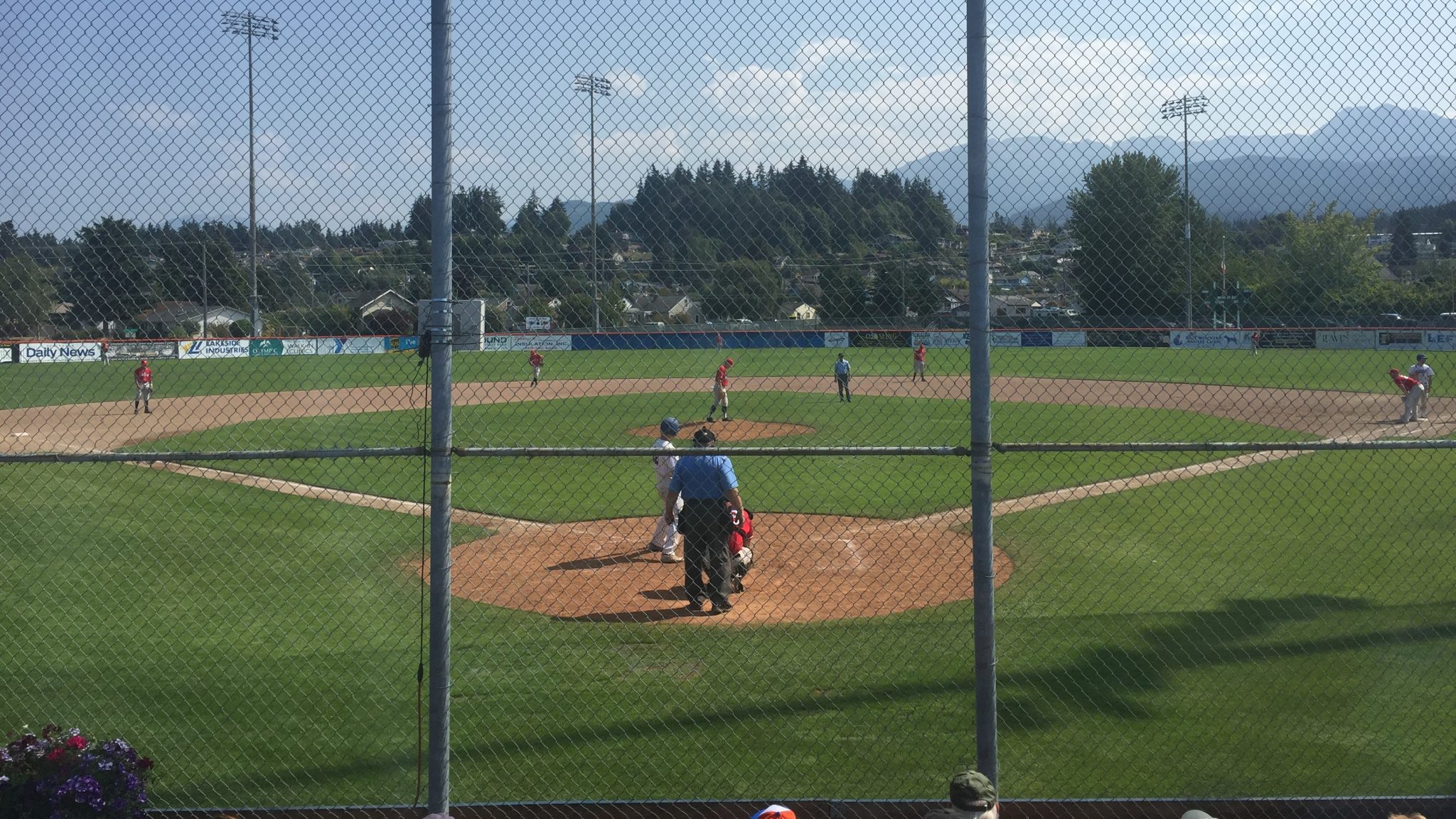 Port Angeles, Wash. – The long and winding road trip came to an unpleasant end on Sunday afternoon. The Sweets lost the series finale at Civic Field to the Port Angeles Lefties by a final score of 7-4.

It did not take long for the Lefties to jump out to an early lead off Sweets starter Sean Sullivan. After a leadoff single in the bottom of the first, back-to-back groundouts moved the runner over to third base with two away.

Ron Brown then hammered a high fastball over the right field wall for a two-run homerun to make it 2-0. Things went from bad to worse for Sullivan in the bottom of the second inning.

The frame began with a leadoff double that was smoked deep down the left field line. After a groundout to second base moved the runner over to third, an RBI single into left-centerfield plated the run to make it 3-0.

A single to the next batter ended Sullivan’s day on the mound as Samuel Reed took over with runners on first and second and one out. The first batter he faced flipped a bounding ball back up the middle that eluded the grasp of Jack Filby at shortstop.

The ball got out into centerfield for what was ruled an RBI single which made it 4-0. The Sweets tacked on their first run of the ball game in the top of the fourth inning.

With the bases empty and one away, Cesar Lopez blasted a ball over the right field wall for a solo homerun to make it 4-1. The Lefties answered right back in the bottom of the fourth with Sweets pitcher Trent Sellers out on the mound.

After a leadoff single, Sellers was able to get a strikeout and a groundout to put a runner on second with two outs. A hit-by-pitch and a passed ball then put runners on second and third.

Brown came up once more and drilled a single right back up the middle for an RBI as the runner from third scored to make it 5-1. That was where the score stood until late in the game as Sellers settled in for the next few innings.

With two outs and the runner still on at first, Jason Dicochea hammered a ball over the left field wall for a two-run homerun which extended the lead out to 7-1. The Sweets then put together a late-game rally.

A leadoff triple in the top of the ninth by Danny Sinatro into the right-centerfield gap was followed by an RBI single by Tate Soderstrom which made it 7-2. Filby then flared a base hit into centerfield to make it first and second with still nobody out.

After a strikeout, Patrick Caulfield was hit by a pitch to load the bases. A called strike three to the next batter on an insanely outside pitch made it bases loaded with two outs.

Nick Nyquist and Jordan Hovey then worked back-to-back walks to push across two more runs to make it 7-4. With the bases still loaded and the go-ahead run at the plate, Lopez came to the dish.

He ended up popping out into shallow right field for the final out of the game as the Lefties were able to hold on late and seal the victory by the final score of 7-4. The loss on Sunday afternoon capped off what was a tough road trip that saw the Sweets go 1-5.

They head back home to open up their final two series of the regular season at Borleske Stadium beginning on Tuesday against the Kelowna Falcons. First pitch of game one is slated to begin at 6:35 PM.