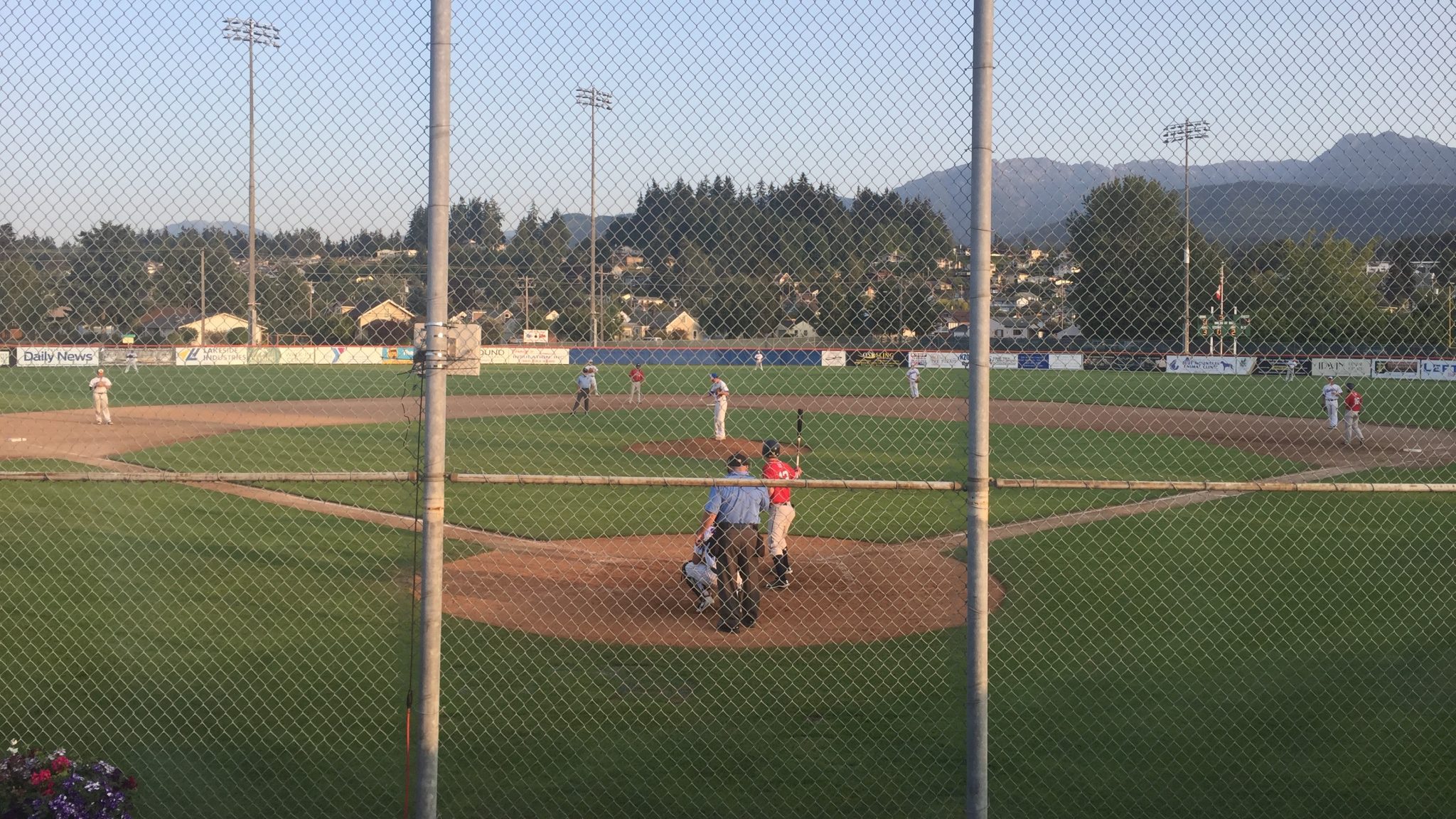 Port Angeles, Wash. – After a tough series in Victoria, the Sweets took out some frustration on the baseball on Friday night. Walla Walla defeated the Port Angeles Lefties in the series opener by a final score of 11-6 at Civic Field.

It was a fast start for the Sweets in this one as they jumped out to an early lead in the top of the first off Lefties starter Ron Brown. Back-to-back walks to start off the game put runners on first and second with nobody out.

Hovey advanced to third on the play and stood there with one out in the inning. Ben Fariss then hit a hard ground ball to the shortstop which resulted in an RBI groundout to push across the third run of the inning as the lead swelled to 3-0.

The Sweets tacked on another run in the top of the second inning. A walk, a single and a walk loaded the bases with one out in the frame.

Hovey then delivered once more as he flipped a base hit into right field for an RBI single to make it 4-0. The Lefties tallied their first run of the game in the bottom of the third inning off Sweets starter Bryce Moyle.

With two outs, a fly ball into right field that should have been caught wound up dropping in between the right and centerfielder for a single. Kyle Schimpf then took advantage of the miscue and ripped an RBI double into the left-centerfield gap to plate the run and make it 4-1.

The offense then exploded for the Sweets in the top of the fourth inning as they put together a huge inning. Patrick Caulfield led off the frame by singling and swiping the second base bag.

After a strikeout, a Hovey single put runners on first and third with one out. Nyquist then hit a hard groundball into the hole at short which resulted in an infield single and an RBI to push across another run which made it 5-1.

With runners on first and second, Farris blasted a ball into the left-centerfield gap for an RBI double as another run scored to make it 6-1. A pop out and a walk loaded the bases with two outs.

Matt Elser then ripped a two-RBI single through the hole at second and third to push across a pair which made it 8-1. Jack Filby then put a bow on the big inning as he strode to the box with runners on first and second.

He then hammered a ball deep into right field that cleared the wall for a three-run homerun which capped off the seven-run inning as the lead extended out to 11-1. That wound up being all the offense the Sweets would produce in the game, but it was more than enough.

The Lefties pushed across another run in the bottom of the fifth off Moyle, albeit an unearned run. A couple of throwing errors in the inning allowed a run to score which made it 11-2.

Moyle’s day ended after the fifth, but he tossed another gem after being tabbed the WCL Pitcher of the Week just last week. He finished the day going five innings with two runs, one earned, just three hits allowed and nine strikeouts.

Port Angeles kept trying to claw back as they added some runs in the bottom of the seventh inning. With Will Blackburn on the mound, two walks and a flyout put runners on first and second with one away.

Then a flyball into deep left field could not be reeled in by Fariss as it dropped in for an error which loaded the bases. An RBI sacrifice fly to the next batter pushed across a run to make it 11-3.

With both runners advancing on the play, it was second and third with two outs. A base hit by Nicolas Israel drove home both runs to make it three unearned runs in the frame as the lead was trimmed down to six at 11-5.

Dimick Wood then took over on the mound for the Sweets in the bottom of the ninth to try to hold onto the lead. He did give up a run after a single, back-to-back strikeouts, and another single, which made it 11-6.

Two batters later, Wood got another strikeout to end the game as the Sweets wrapped up a big victory in game one against Port Angeles by a final score of 11-6.

Walla Walla takes back to Civic Field for game two against Port Angeles on Saturday night. First pitch is slated for 6:35 PM.