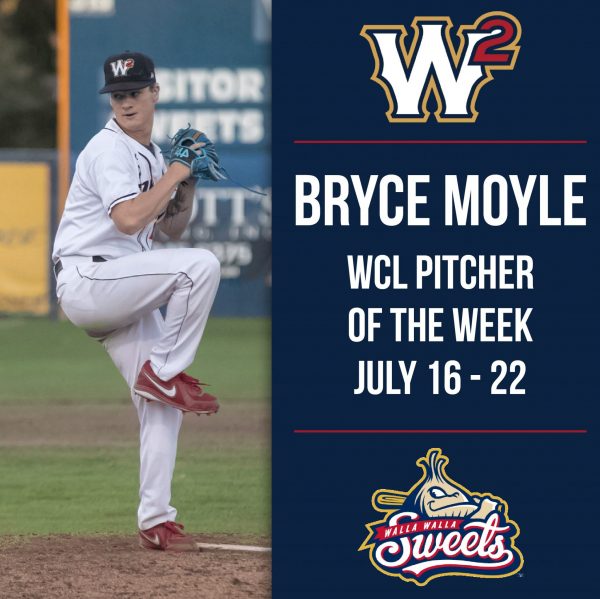 Walla Walla, Wash. – For the second consecutive week, the Sweets pitching staff has taken home a West Coast League award. Bryce Moyle has been tabbed WCL Pitcher of the Week for July 16-22 after a sensational pair of appearances.

Moyle got the start against the Cowlitz Black Bears at Borleske Stadium on July 21 and was absolutely lights out. He earned the win in the outing by tossing six shutout innings with 11 strikeouts and just three hits allowed.

He utilized tremendous location and a devastating slew of off-speed pitches to keep the Black Bears’ hitters off balance and led the Sweets to a 9-0 victory. Moyle also made an appearance against the Bellingham Bells a few days prior and went two innings while allowing just one hit and struck out two batters.

The talented left-hander from Washington State University has put together a strong summer campaign for the Sweets. On the year for Walla Walla, he holds a 3-2 record with an impressive 2.22 ERA and 36 strikeouts in 36.1 innings pitched.