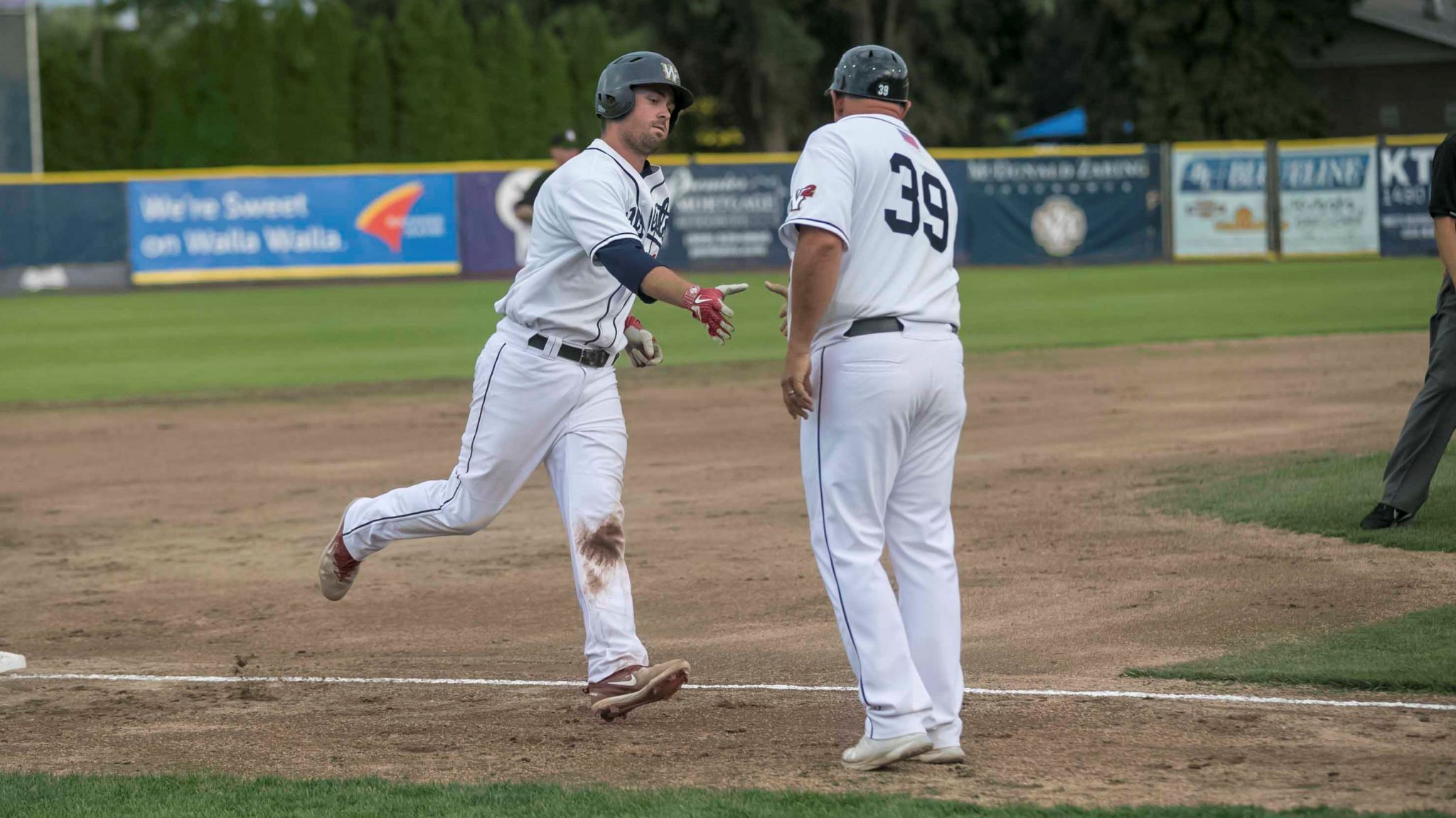 Walla Walla, Wash. – After back-to-back lopsided games to start the series, it was more of the same at Borleske Stadium on Monday night. The Sweets won in a rout over the Cowlitz Black Bears by a final score of 11-3.

Cowlitz tallied first with Walla Walla starter Isaak Gutierrez on the mound. In the top of the second, an error, a passed ball and a flyout put a runner on second with two outs.

A double by Dutton Elskee deep into left field plated the runner to make it 1-0 in favor of the Black Bears. Cowlitz tacked on once more in the top of the third inning.

A Ryan Kim leadoff single was followed by a groundout to first base to move the runner over to second with one away. Another double into left field, this time from Blake Burton, scored the runner from second to give Cowlitz a 2-0 lead.

Walla Walla then began their offensive outpouring in the bottom of the third. A Patrick Caulfield double with one out put a runner on second base.

Danny Sinatro came up and singled to right field to drive home the run to make it 2-1. Matt Whitney then smacked a double into right field which scored Sinatro to tie the game at 2-2.

After a groundout, Whitney stood on third base with two outs. Ryan Johnston then drilled a shot into left-centerfield for a double which drove home the third run of the inning to make it 3-2.

The Black Bears tied things up once more in the top of the fourth with Sweets newest addition Will Blackburn on the mound. Jonathan Hodo led off the inning by blasting a shot over the left field scoreboard for a solo homerun to tie the game at 3-3.

The tie was short lived though as Walla Walla got a homerun of their own in the bottom of the fourth. A hit-by-pitch to the leadoff batter Jordan Hovey was followed by a wild pitch and a lineout to the second baseman.

With one out and a runner on second, Robby Teel strode to the box and worked a 2-0 count. He then teed off on a fastball and rode it over the left field wall for a two-run homerun to give the Sweets the lead back at 5-3.

It was all Walla Walla the rest of the way as they added on in the bottom of the fifth with another big inning. A Johnston walk and a Ben Fariss single put runners on first and second with nobody out in the frame.

Hovey then smashed a double into the left-centerfield gap to plate the runner from second to make it 6-3. With runners on second and third and still nobody out, Jack Filby and Teel got back-to-back RBIs on a pair of sacrifice flies to extend the lead out to five at 8-3.

The score stood for several innings after Brayde Hirai took over for the Sweets and worked two and two-third shutout innings. In the bottom of the seventh, it was once again time for Walla Walla’s offense to keep on flowing.

Johnston led off the frame by doubling into the left-centerfield gap. After a strikeout, Hovey hammered a ball into right-centerfield for an RBI triple as the run came across to score to push the lead out to 9-3.

Filby then flipped a single into shallow right field to drive home Hovey which made it 10-3. Haydn King took over on the mound in the top of the eighth and worked a near flawless inning.

He sent the Black Bears down in order by striking out the side with an electric fastball and devastating off speed pitches out of the pen. The Sweets were not done just yet as they added on once more in the bottom of the eighth.

After a pop out to lead off the inning, Nick Nyquist strode to the plate. On a 3-1 count, he took a big swing and connected on a long drive over the left field wall for a solo homerun to give the Sweets their final tally of the ballgame as the lead swelled to 11-3.

Hovey took to the mound in the top of the ninth and closed the books on the game. He sent the side down in order to seal the victory for the Sweets by a final score of 11-3 over the Cowlitz Black Bears.

The Sweets get back to action on Tuesday as they travel to Canada to take on the Victoria HarbourCats for a three-game series. First pitch for game one on Tuesday is slated for 6:35 PM.