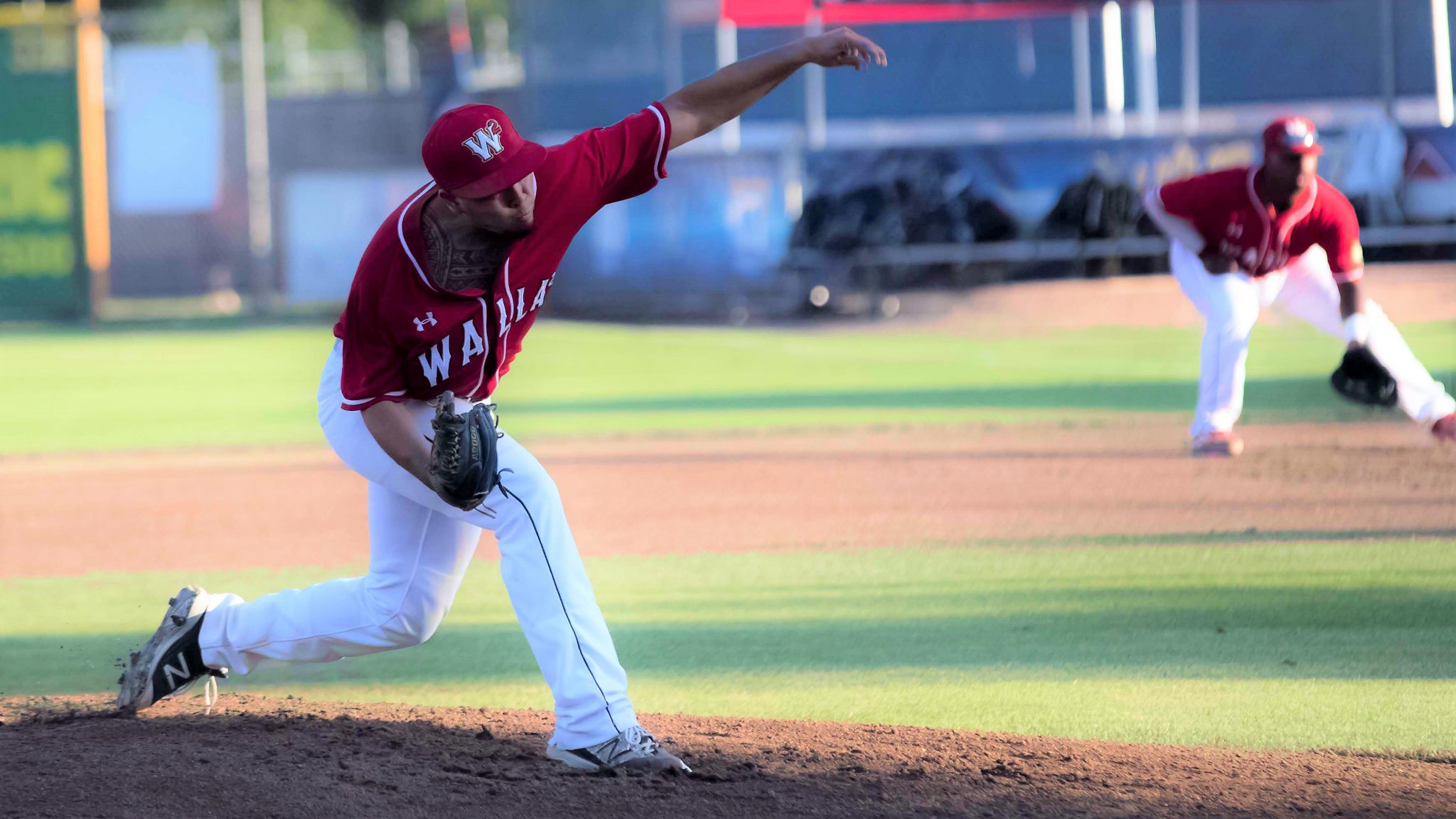 Walla Walla, Wash. – More often then not, pitching and defense is the name of the game when it comes to baseball. That was the case on Friday night as the Sweets shut out the Bellingham Bells by a final score of 5-0 at Borleske Stadium.

The Sweets struck for their first run of the game on one swing of the bat from one of their newly acquired players in the bottom of the third inning. On a 3-2 count, Matt Whitney hammered a fastball over the left field wall for a solo homerun to put Walla Walla on the board 1-0.

With two outs in the frame and the bases empty, Nick Nyquist flipped a single into left field. Then Ben Fariss drilled a shot deep into the right-centerfield gap that got out to the wall for an RBI triple as Nyquist scored all the way from first to push the Sweets lead out to 2-0.

Tyson Quolas got the start for Walla Walla on the mound and was absolutely electric. He finished the day tossing four and a third shutout innings to go along with five strikeouts.

He did run into some trouble in the fourth inning after a leadoff double and a walk. Then Landen Kimbro tried to drop down a bunt but popped it into the air as Quolas sprinted over to make the running catch for the first out of the frame which kept the runners put at first and second.

A flyout deep to centerfield and a hit-by-pitch loaded the bases with two outs in the inning. Quolas then got a groundout to Nyquist at third base which ended the inning to keep the lead at 2-0.

After a walk and a single with one out in the top of the fifth, Ty Hueckman took over on the mound for Walla Walla. He got a harmless pop out to the shortstop and a strikeout which ended the fifth to keep the shutout intact.

In the bottom of the sixth, the Sweets added on thanks to a fortunate error. A walk, a single and a hit-by-pitch loaded the bases with two outs in the inning.

Then Josh Prizina hit a bounding ball toward the hole between the first and second basemen. Matt McClain, the second baseman for the Bells, fielded the ball and tried to relay the throw to the pitcher covering at first base.

The throw was wide at the bag as it eluded the pitcher’s grasp and got into the first base dugout for a throwing error. Two runs scored on the play as the Sweets extended their lead out to 4-0.

Huckeman’s day on the mound came to a close after the top of the seventh inning, but he was as sharp as he’s been all year in his outing. He finished going two and two-thirds shutout innings while only allowing one hit, one walk, and striking out five.

Walla Walla pushed across their final tally of the game in the bottom of the seventh inning. Another new addition, Patrick Caulfield led off the frame by hammering a double into the right-centerfield gap.

A walk and a pair of strikeouts put runners on first and second with two outs in the inning. Then on a 3-2 count and the runners in motion with two outs, Ryan Johnston peppered a ground ball through the left side of the infield.

Caulfield sprinted around third and scored on the RBI single which gave the Sweets a comfortable lead to work with at 5-0. Jack Filby then came on in relief for Walla Walla, and he closed the books on the game.

He tossed a pair of shutout innings in the eighth and ninth without allowing a hit and striking out three which ended the game and sealed the victory for the Sweets by a final score of 5-0 over the Bells. Walla Walla gets right back to action as they open up another three-game series at home, this time against the Cowlitz Black Bears.

First pitch of game one on Saturday night is slated for 6:35 PM.