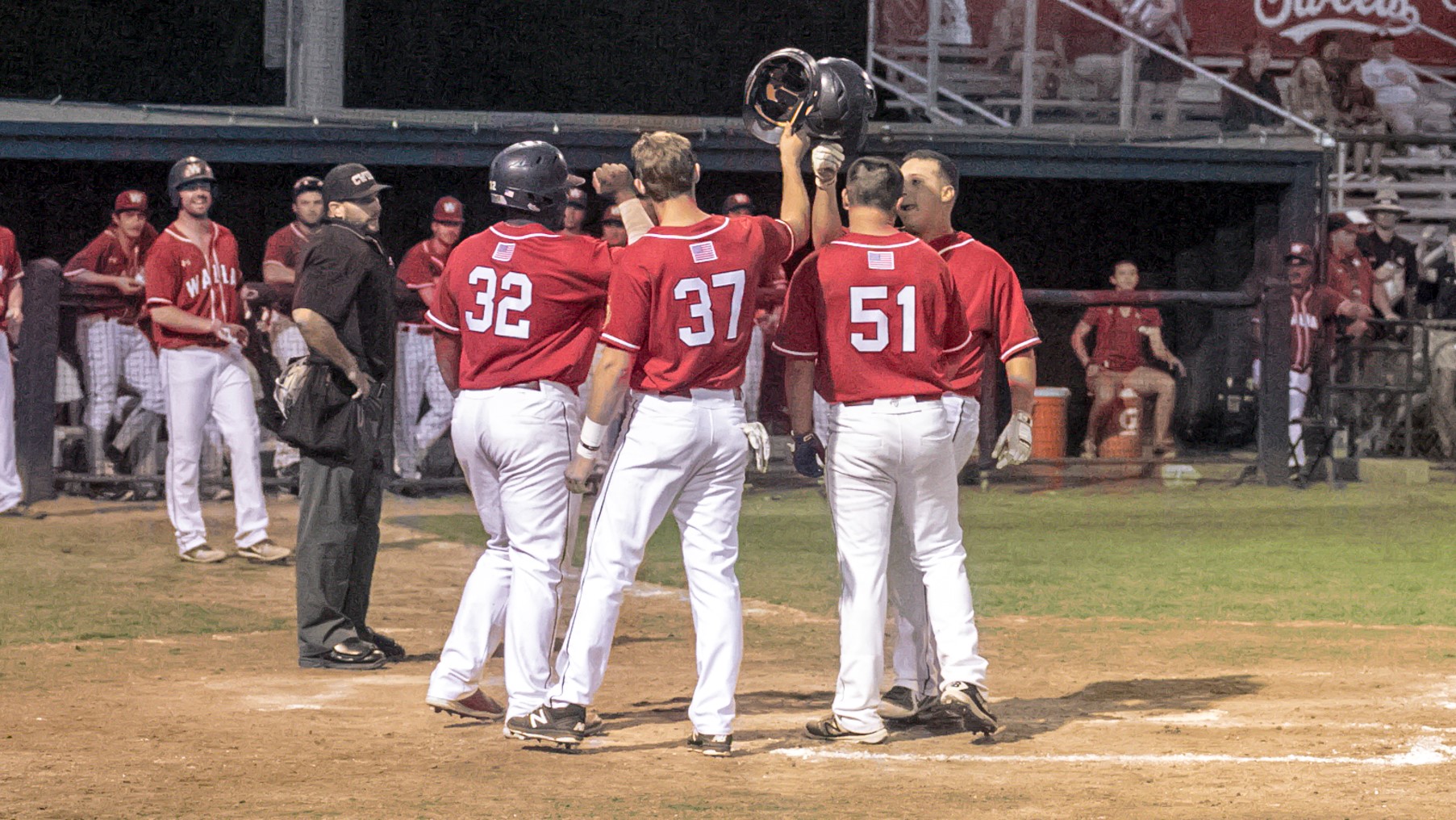 Walla Walla, Wash. – The Sweets head into the All-Star break with a bang as they brought out the power bats on Saturday night. Walla Walla downed the River City A’s by a final score of 14-1 thanks to a four-homerun performance that accounted for nine of the Sweets runs.

It did not take long for Walla Walla to move out in front on the scoreboard. A leadoff single for Mitch Lesmeister in the bottom of the first was followed by a two-out, two-run homerun by Ben Fariss to left field to make it 2-0.

The Sweets added on in the bottom of the fourth off A’s starter Blake Collier. Josh Kutzke led off the frame with a single through the right side of the infield which was followed up by an Isaak Gutierrez single to put runners on the corners with nobody out.

Then a wild pitch allowed Kutzke to scamper home safely to make it 3-0. With Gutierrez on third and two outs, Lesmeister blasted a ball over the head of the centerfielder for an RBI double to extend the lead to 4-0.

A Dimick Wood walk put runners on first and second with still two outs. Then Matt Elser hammered a ball into left field that one-hopped the wall to drive in the run from second to make it 5-0.

Ty Hueckman got the start for the Sweets and was sensational out on the mound. He finished the day going five impressive innings while not allowing a run and only surrendering one base hit.

The flood gates opened up in the bottom of the fifth for Walla Walla. Tyson Quolas led off the inning with a single through the right side of the infield.

Then Kutzke drilled a two-run homerun over the left field wall that left the yard in a hurry to push the lead out to 7-0. Back-to-back singles from Willy Chang and Quentin LaFontaine put runners on first and second which ended Collier’s day on the mound as Drew Daves took over for River City.

With the bases still loaded, Fariss drew a walk on a 3-2 count which pushed across the fourth run of the inning as the lead swelled out to 9-0. River City got their only run of the game in the top of the sixth off Sweets reliever Cole Schoepke.

Carson Green smoked a ball into right field that got out to the wall for a one-out triple. Then Cody Kale flipped a single into left field to plate the run which trimmed the lead down to eight at 9-1.

With Daves still on the mound for the A’s, Walla Walla poured on some insurance runs in the bottom of the eighth inning. A Fariss walk, a Quolas double and a Kutzke walk loaded the bases with one out in the frame.

Gutierrez then strode to the plate and crushed a ball well over the left field wall for a grand slam homerun to make it 13-1. The very next batter, Robby Teel, followed suit as he hammerd a shot deep to left field that cleared the wall for a solo homerun which gave the Sweets their final tally of the ball game and pushed the lead out to 14-1.

Bryce Moyle and Gutierrez tossed scoreless innings in the eighth and ninth respectively to end the game by the final score of 14-1.

The Sweets will have a few days off for the All-Star break before getting back to West Coast League play. They open up a three-game series on Wednesday as the first-half WCL North Division champs, the Bellingham Bells, come to town.