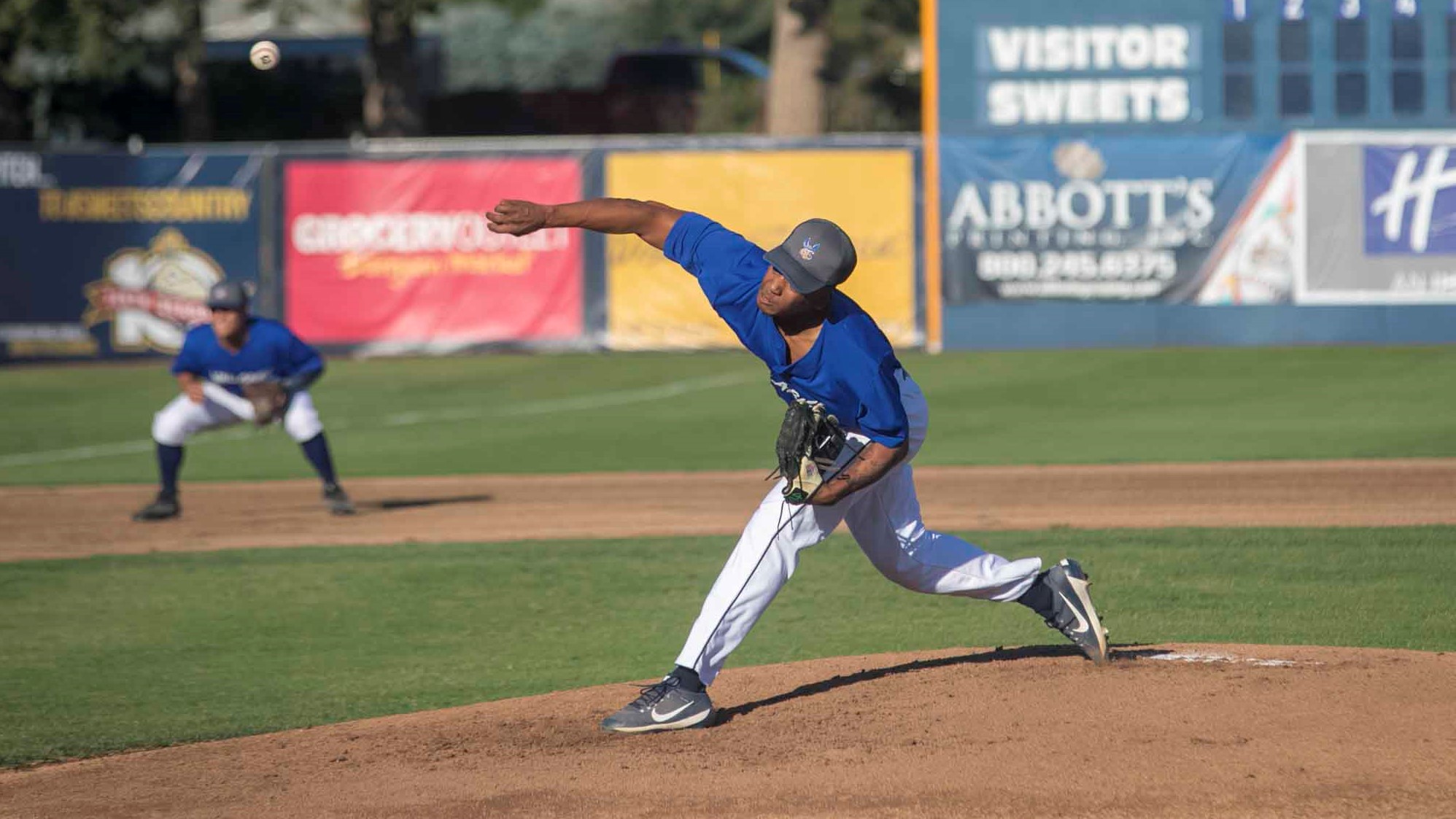 Walla Walla, Wash. – Nothing ever comes easy in the game of baseball. The fans at Borleske Stadium on Saturday night can attest to that as the Wallabies held on late to seal a 3-2 victory over the Wenatchee AppleSox.

Walla Walla struck first in the game off Wenatchee starter Connor McCord. In the bottom of the second, Cesar Lopez reached base after being hit by a pitch with one out in the inning.

Two batters later, Robby Teel smoked a hard ground ball through the left side of the infield to give the Wallabies runners on first and second. That brought up Willy Chang and he delivered what was perhaps the biggest hit of the ballgame.

He lined a ball into right field which was attempted to be fielded on a dive by the right fielder. Dawson Day came up empty on the dive and the ball got out to the wall in right field which allowed both runners to score and gave the Wallabies the lead at 2-0.

Darius Vines was exceptional in his start on the mound for Walla Walla but allowed his first earned run of the year in the top of the sixth. A leadoff double, a strikeout and a passed ball put a runner on third with one out.

Then Johnny Sage lifted a fly ball deep into left field which was caught by Ryan Johnston. The run scored easily though on the sacrifice fly to make it a 2-1 game.

Vines’ day on the mound came to a close after the sixth. He finished with nine strikeouts and just three hits allowed in those six innings of work.

The Wallabies answered right back with a run of their own in the bottom of the sixth. Jordan Hovey led off the inning with a triple deep into the right-centerfield gap.

Then with the infield drawn in and one out, Chang dropped down a safety squeeze bunt. Hovey slid in just ahead of the flip home to push the lead out to two at 3-1.

After a scoreless frame from Haydn King in the seventh, Patrick Collins took over in the top of the eighth to try to hold onto the lead. Nick Seamons gave Collins a rude welcoming to the ballgame as he led off the inning with a double off the left field wall.

A pair of groundouts moved Seamons over to third base with two outs. Then Sage poked a screwball back up the middle into centerfield for an RBI single to trim the lead down to one at 3-2.

The AppleSox kept Wallabies fans on the edge of their seat as Cory Meyer led off the top of the ninth with a single. He was moved over to second on a sacrifice bunt to give Wenatchee a chance to tie the game with a runner in scoring position and just one out.

Collins got a strikeout to the next batter, so with two outs Michael Spellacy had a chance to deliver. He drilled a ball into the left centerfield gap that looked good off the bat, but Ben Fariss got on his horse and made a great running catch in the alley to end the game and give the Wallabies the win by a final score of 3-2.

Walla Walla is back in action for the series finale against Wenatchee on Sunday with first pitch scheduled for 4:35 PM.