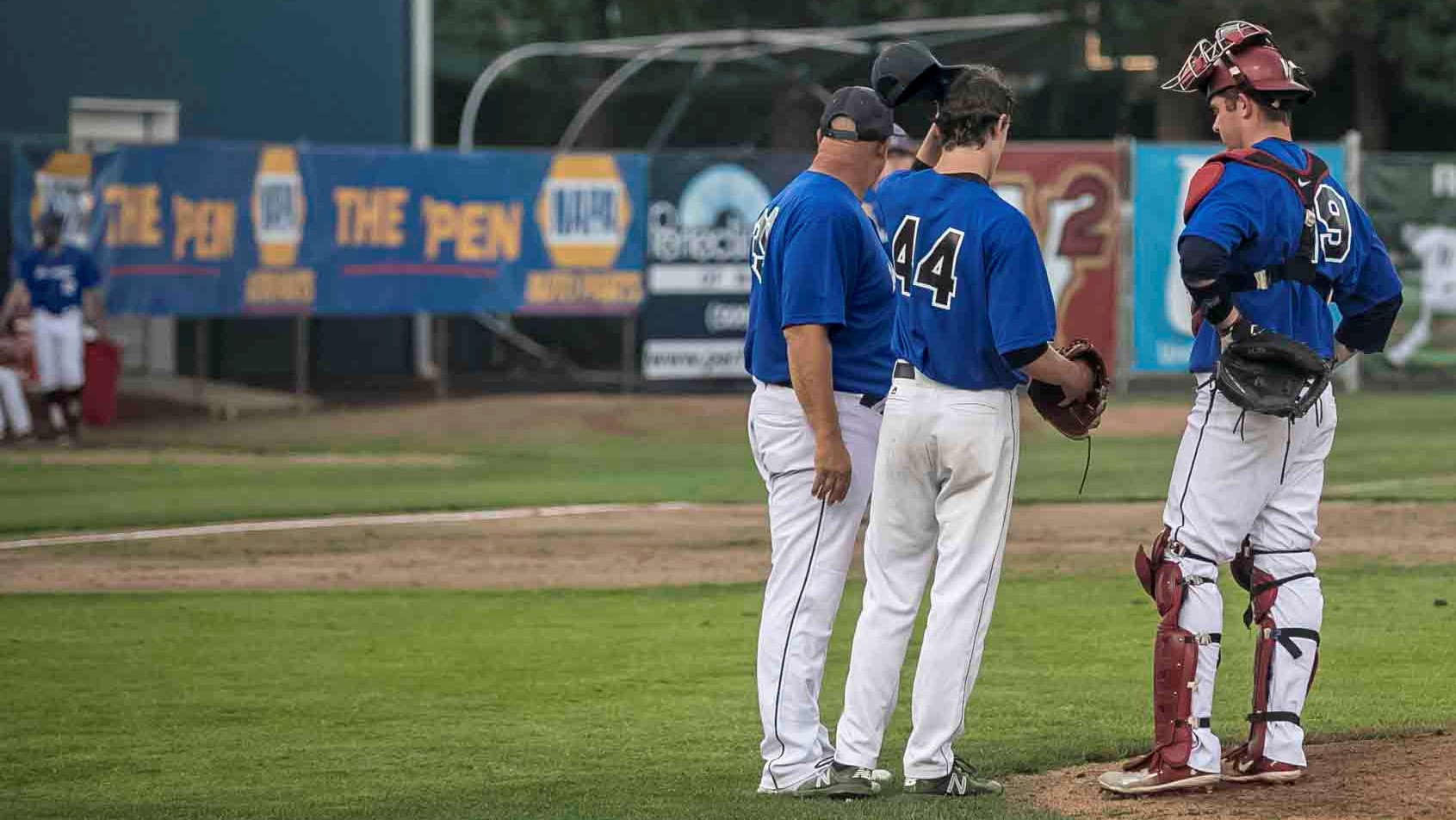 Walla Walla, Wash. – Part of the beauty of the game of baseball is that no lead is ever truly safe until the final out is recorded. That proved to be the case on Friday night as the Wenatchee AppleSox rallied in the ninth inning and ultimately won the game by a final score of 7-6 over the Wallabies.

Walla Walla jumped out to a big lead early in the game off Wenatchee starter Michael Spellacy. Cesar Lopez led off the bottom of the second inning with a hit-by-pitch.

Then two batters later, Jack Filby roped a double into the right-centerfield gap that scooted under the fence line for a ground rule double to put runners on second and third with one out. Robby Teel strode to the box and ripped a single through the right side of the infield to score Lopez to make it 1-0.

Filby got cut down at home plate on a fielder’s choice, but the Wallabies ended up loading the bases with two outs. Then Danny Sinatro hit a hard ground ball to the hole between the first and second basemen that could not be fielded cleanly and allowed him to reach first base safely to push across another run for a 2-0 lead.

The Wallabies put together another good inning in the bottom of the third. Lopez once again reached base safely but this time on a walk with one out.

He was advanced on a groundout to move into scoring position at second base with two outs. Filby then flipped a ball into shallow left field to score Lopez and make it 3-0.

Teel got another chance to hit with a runner on, and he delivered in a big way. On a 1-2 count, he blasted a hanging curveball over the left field wall and into the trees for a two-run homerun to push the lead out to five at 5-0.

Wallabies starter Sean Sullivan was rolling through the game until he ran into some trouble in the top of the sixth. Despite not having allowed a run to that point, he loaded the bases on three straight singles and was pulled with two outs in the inning.

The first batter that Brayde Hirai faced when he entered, Dawson Day, drilled a 3-2 pitch into the right-centerfield gap to score all three runs and trim the lead down to two at 5-3. The Wallabies answered right back with a tally in the bottom of the sixth.

With nobody on and two outs, Nick Nyquist came up and smashed a solo homerun over the left-centerfield wall to push the lead back out to three at 6-3. Back-to-back scoreless frames for Hirai gave the Wallabies a chance to win it with a three-run lead in the ninth, but the AppleSox just would not go away quietly.

With Samuel Reed on the mound trying to earn the save, the leadoff batter Cory Meyer hammered a breaking pitch almost over the trees in left field for a solo homerun to make it 6-4. A single, a groundout, a single and a throwing error by Sinatro put runners on second and third with just one out, the tying run now standing in scoring position at second base.

That brought Nick Strange to the mound for Walla Walla to try to stop the rally, but Joey Magro did not allow that to be so. He peppered a hard ground ball right back up the middle for a single which scored both runners to tie the game at 6-6.

Magro wound up standing in scoring position at second base on the play because of the throw to the plate. A strikeout to the next batter gave the Wallabies a chance to get out of the inning with the game still tied.

Johnny Sage played the hero for Wenatchee though as he delivered the decisive hit of the game right back up the middle. The single scored Magro from second to cap off a four-run ninth inning and gave the AppleSox the lead at 7-6.

Walla Walla had a chance to tie it in the bottom of the ninth after a leadoff walk to Nyquist. He advanced into second after a stolen base and was then moved over to third on an infield single by Jordan Hovey.

So with two outs and runners on the corners, Filby was going to get a chance to drive in the tying run and swing the game back to the Wallabies. He ended up getting the bat taken out of his hands though as Hovey tried to steal and a pump-fake throw to second got Nyquist leaning off third.

The throw back to third by the catcher Meyer ended up being in-time to gun down Nyquist for the third out of the inning and ended the game as Wenatchee stole this one late by a final score of 7-6.

Walla Walla will try to even the series on Saturday night with first pitch scheduled for 6:35 PM.