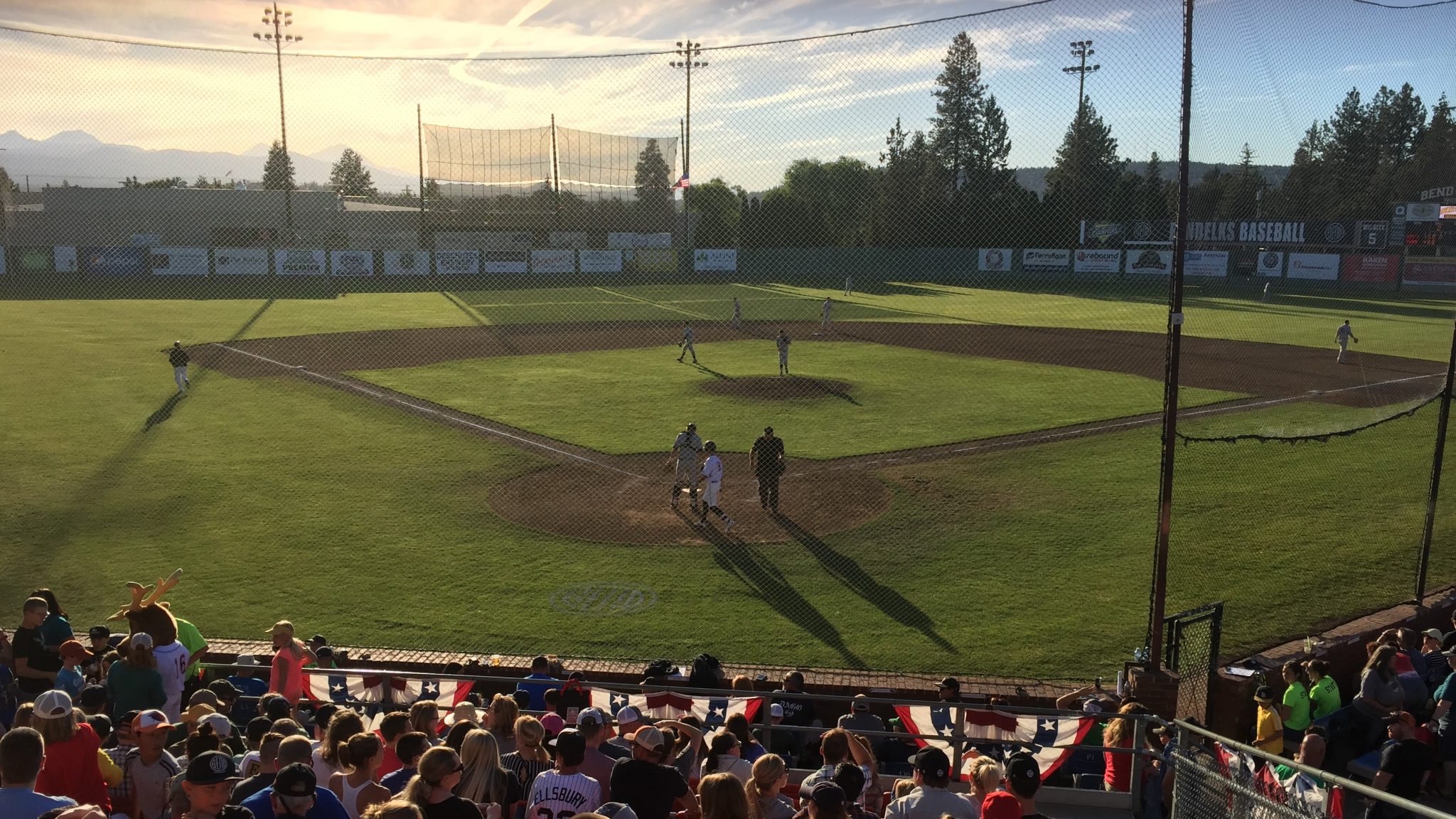 Bend, Ore. – An impressive run against West Coast League opponents in the first half of the regular season came to an end on Tuesday night. The Sweets lost game two to the Bend Elks by a final score of 8-6 and thus dropped the series.

This was the first time that the Sweets have lost back-to-back games and a WCL series since the first week of June against the Bellingham Bells.

The Sweets got out to an early lead in the top of the first. Cesar Lopez continued his hot stretch at the plate as he flipped a single through the left side of the infield with two outs in the inning.

That brought Zach Penrod to the plate and he hit a deep drive into the right-centerfield gap. He wound up standing on second with an RBI double as Lopez came all the way around to score from first to make it 1-0.

The lead was short lived for Walla Walla though as Bend answered right back. They got back-to-back singles with one out in the bottom of the first off Sweets starter Ty Hueckman.

The next batter, Ty Holmstrom, strode to the box and promptly blasted a shot over the right field wall for a three-run homerun to make it 3-1 in favor of the Elks. Then a single and back-to-back walks loaded the bases with one out.

Hueckman got a pop out to shallow right field that kept all the runners put at their respective bases. Then with two outs, Tristen Alvarez singled to left field to score the runner from third, but Ryan Johnston threw a strike from the outfield to cut down the second runner at the plate for the third out as it was 4-1.

The score stood there until the Elks tacked back on in the bottom of the fifth. The leadoff batter reached on a single, but Hueckman then got the next two batters to ground out and pop out.

So with two outs and a runner on second, Ian Nowak singled through the infield to score the runner and made it 5-1. Then Collin Runge hit a chopping ground ball to Tyler Pritchard at second.

Pritchard was unable to field the ball cleanly which resulted in an error as that put runners on the corners with still two outs. That brought up Kaiser Weiss and he drilled a double deep into the left-centerfield gap that plated both runners and extended the Elks lead out to 7-1.

The Sweets pushed back in the top of the sixth as Penrod led off the inning with a double, his second of the game. A walk and a ground out to the right side of the infield moved both runners into scoring position at second and third with just one out.

Then Jordan Hovey grounded out to the first baseman which allowed Penrod to score from third to make it 7-2. The Elks continued to roll though as they tallied in the bottom of the sixth.

Carson Woolery took over on the mound and he surrendered three straight walks to start off his outing. The next batter lifted a sinking fly ball into left field and Johnston made an impressive diving grab for the out.

On the play, the runner scored from third on a sacrifice fly, but Johnston came up throwing and was able to gun down the runner at second base who got too far off the bag for a double play. Woolery got a fly out to end the inning and limited the damage, but the Elks lead was back out to six at 8-2.

Walla Walla tried to rally late, starting in the top of the seventh. Pritchard was able to come all the way around and reach third base safely to lead off the inning on a lackadaisical error by Holmstrom in centerfield. A walk and a groundout double play got two outs for the Elks, but the run scored on the play to make it 8-3.

Nick Nyquist led off the top of the eighth with a single back up the middle. Then with one out and Nyquist on second, Hovey smoked a deep fly ball over the right field wall for a two-run homerun, his second of the year.

A walk, a fielder’s choice and a stolen base put Pritchard on second with two outs, which brought Johnston to the plate. He singled back up the middle to score the runner and trim the lead down to just two at 8-6.

That proved to be all the offense the Sweets could muster though as Bradley Gonzales came on for Bend in the top of the ninth and worked a one-two-three inning to earn the save and seal the game. The Elks took game two by the final score of 8-6.

The Sweets look to end their first half on a high note as they take to Vince Genna Stadium one final time on Wednesday to try to take the series finale with first pitch slated for 6:35 PM.