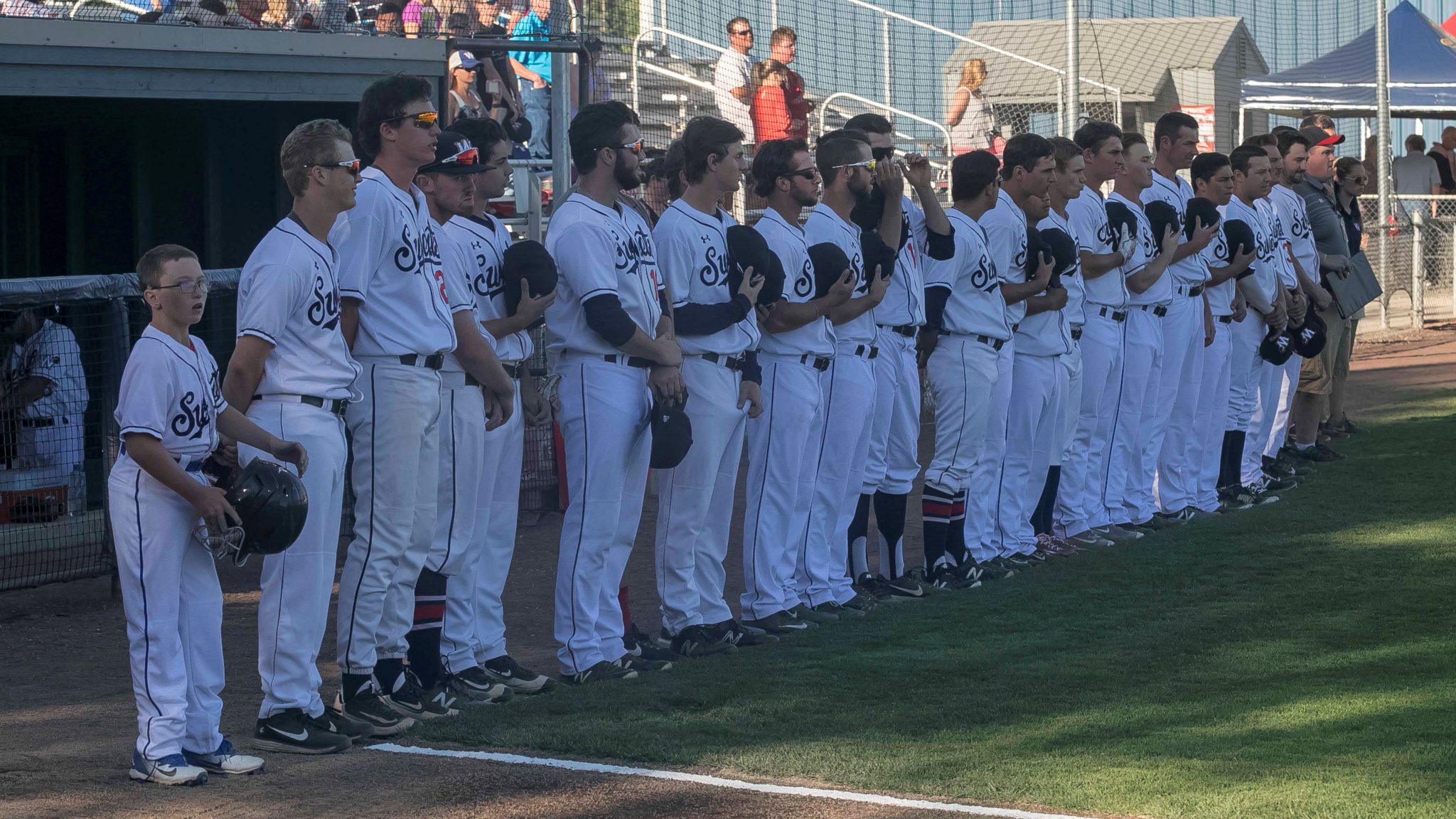 Walla Walla, Wash. – The offense exploded early in the game for Walla Walla on Wednesday night. The Sweets pushed across seven runs in the bottom of the third inning and held off a late rally to defeat the Victoria HarbourCats by a final score of 9-7.

With the win, the Sweets have now won five consecutive series against West Coast League opponents and are 11-4 over that stretch.

It was an ominous start to the game for Walla Walla as Victoria got on the board in the top of the first. Jordan Hovey committed an error on the first play of the game as a hard-hit ball glanced off his glove and got into the left field bullpen to advance Michael Malinchak to second base.

A ground out from the next batter and a fly ball deep to right field off the bat of Jason Willow plated Malinchak from third on a sacrifice fly to make it 1-0.

The Sweets responded in the bottom of the second inning off Victoria starter Owen Sharts. Jack Filby singled with one out and advanced to second on a passed ball.

Robby Teel then dumped a single into the right-centerfield gap to score Filby and even the score at 1-1. Then a walk to Hovey put runners on first and second with still one out.

Josh Prizina then hit a grounder to the third baseman who stepped on third and threw wildly back to first. The throw got past the first baseman and moved Hovey to third with Prizina reaching safely on the throwing error.

Prizina stole second and got caught in a pickle which gave Hovey just enough time to scamper home safely to give the Sweets the lead at 2-1. Then in the bottom of the third inning, the HarbourCats fell apart at the seams and Walla Walla took advantage.

A walk and a single put runners on the corners with one out in the inning. Cesar Lopez then dropped down a bunt which was fielded by Sharts as he promptly launched the throw up the right field line past the first baseman and scored both runners to make it 4-1.

Filby popped out with Lopez on third, but a two-out rally ensued. Teel dropped another single into right-centerfield to score Lopez and extend the lead to 5-1.

A walk to Hovey was followed up by a double from Prizina right down the left-field line and scored Teel from second and made it 6-1. Then with runners on second and third, Tyler Pritchard ripped a single back up the middle to score both runs and extend it out to 8-1.

A passed ball moved Pritchard to second and ended the day for Sharts as Po-Jui Huang took over on the mound for Victoria. The first pitch Huang threw to the batter Ryan Johnston got through the left side of the infield and scored Pritchard to cap the huge inning as it was now 9-1.

The HarbourCats chipped away late, first on a leadoff homerun by Cade Brown off Brayde Hirai in the sixth inning to trim the lead down to seven at 9-2. Then with one out and runners on second and third in the top of the eighth, a double by Tanner Haney off Tanner Cunha scored both runs to make it 9-4.

The Sweets needed every bit of that five-run margin in the top of the ninth as the Cats got the tying run to the plate in the inning. With Carson Woolery on the mound, a walk and an error by Quentin LaFontaine at short put two runners on with one out.

Brown then promptly doubled deep to right-centerfield as the hit one-hopped the wall and scored both runs to cut the lead down at 9-6. Jack Smith hit a slow roller that glanced off the glove of Woolery and Mitch Lesmeister tried to make a barehanded play but threw the ball past Teel at first which scored Brown and made it 9-7.

So with one out, a runner on second, and the tying run now at the plate, Woolery stood tall through the adversity. He got a groundout for out number two and then got a swinging strikeout for the third and final out of the inning to end the game and seal the victory for the Sweets by a final score of 9-7.

The Sweets are off on Thursday but then head out on their Oregon road trip beginning on Friday. They will start off by traveling to Corvallis for an all-important series against the Knights as both teams are currently tied for first place in the WCL South division.

Do not miss any of the action over the next few weeks as the Sweets are right in the thick of a pennant race to try to hold on to first place in the division and punch their ticket to the playoffs. First pitch of game one against the Knights on Friday is scheduled for 6:35.