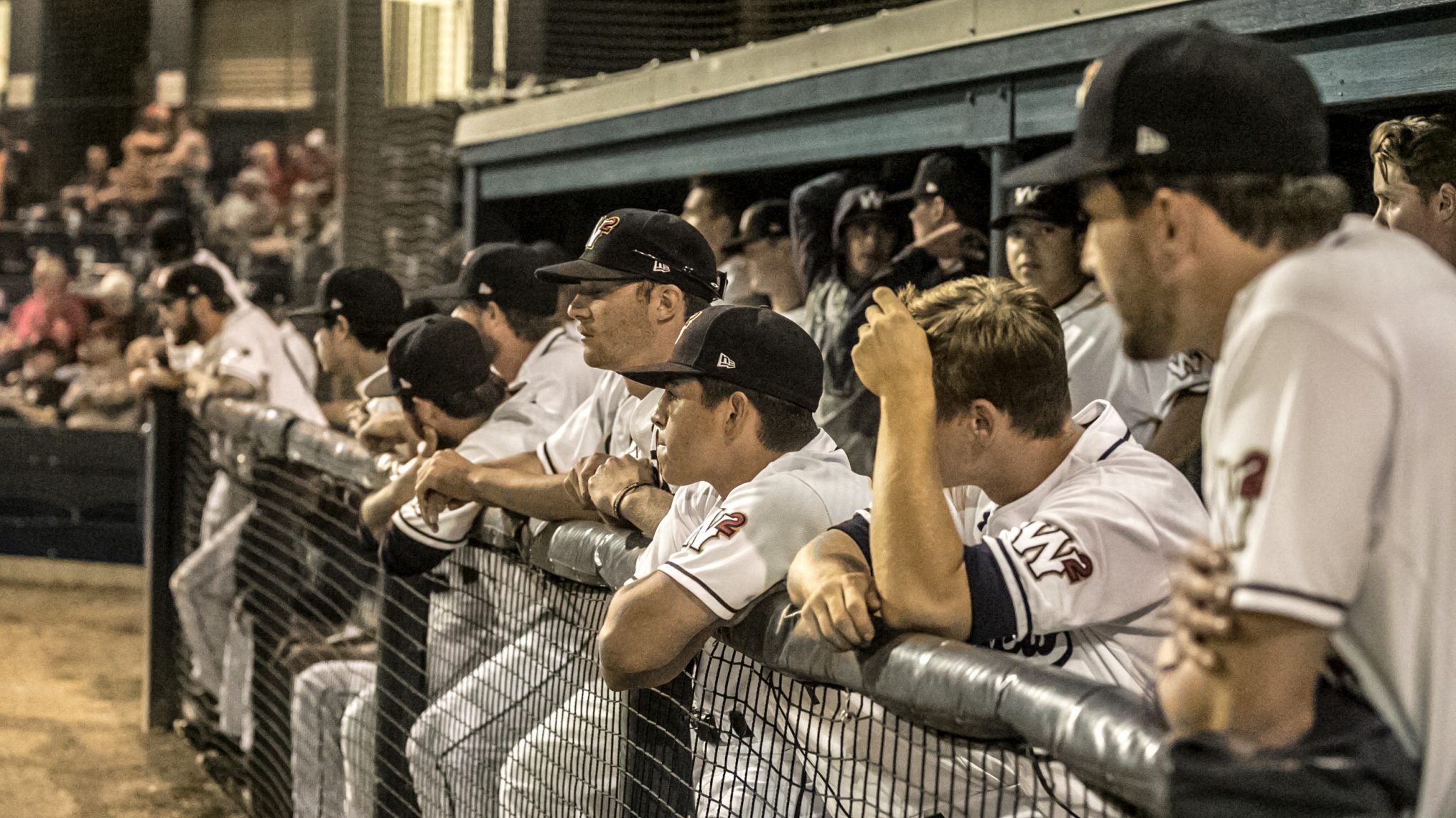 Walla Walla, Wash. – Extra inning games are a great deal of fun when your team wins, but they are undeniably hard to bear when your team loses. The Sweets dropped game one of the series against the Victoria HarbourCats last night by a final score of 7-6 in 11 innings.

The offense arrived early for Walla Walla as they wasted no time in jumping out to an early lead off Victoria starter Tyler Thomas. Two walks, three hits and an avalanche of wild pitches and passed balls allowed the Sweets to tally three runs and make it 3-0 after the first inning.

The HarbourCats began to chip away as they scored their first run off Bryce Moyle in the top of the third. An error by Isaak Gutierrez with two outs put Jason Willow on base. He came around to score after back-to-back singles to make it 3-1.

Walla Walla answered in the bottom of the third with a two-out rally of their own. With two away, a walk to Zach Penrod and a pair of wild pitches put him on third. Jack Filby then drew a walk to put runners on the corners, and Cesar Lopez promptly ripped a single into right field to plate Penrod and extend the lead out to 4-1.

The next half inning started out with a bang for Victoria. Dustin Demeter smashed a solo homerun to left field that got up into the trees to lead off the top of the fourth, which trimmed the lead back down to two at 4-2.

Then in the top of the sixth, a walk to Trey Bigford, a wild pitch and a groundout put him on third base with two outs. Nick Plaia then drew a walk and stole second base with the throw getting away from Filby and into centerfield to score Bigford from third and brought the HarbourCats within one at 4-3.

The Sweets added some much-needed insurance runs in the bottom of the sixth inning. A stand-up double by Jalen Garcia with one out was followed up by an RBI single to centerfield from Ryan Johnston, as he advanced to second on the throw to the plate. Gutierrez then strode to the box with two outs and ripped a single back up the middle to score Johnston and push the lead back out to three at 6-3.

That comfortable margin was short lived though as Victoria bounced right back with a two-run inning of their own in the top of the seventh. A double and a single to leadoff the inning put runners on the corners with nobody out.

The next batter hit a bounding ball to Filby but he was unable to field it cleanly, resulting in an error, and the runner from third scored easily. With runners now on first and second with one out, a double-steal attempt plated a run as the throw down to third from Matt Elser got past the third baseman and into left field which scored Willow and brought Victoria back within one at 6-5.

The HarbourCats just refused to go away as they completed the rally in the top of the ninth off the new pitcher, Penrod. With one out, Willow lifted a ball high and deep to right field that got up over the lights at Borleske Stadium. Garcia lost track of the ball as it banged off the wall which allowed Willow to get all the way to third.

With the infield drawn in, a high chopper hit back up the middle got over the glove of the leaping Penrod and was fielded by Filby. The only play was at first base however which scored the tying run from third and sent the game to extras tied at 6-6.

In the top of the 11th, the HarbourCats scored the decisive go-ahead run of the game off Johnston. Back-to-back singles with one out put runners on the corners, and Jack Smith then hit a ball just deep enough into right field to score the runner from third on a sacrifice fly and gave Victoria the lead for the first time in the game at 7-6.

The Sweets tried to rally late but came up just short. They got back-to-back infield singles from Johnston and Danny Sinatro with two outs in the inning to keep hopes alive. However, Robby Teel promptly struck out swinging to end the game as Victoria sealed the win in game one in 11 innings by a final score of 7-6.

Walla Walla will look to bounce back in game two as they try to even the series on Tuesday with first pitch scheduled for 6:35 PM.