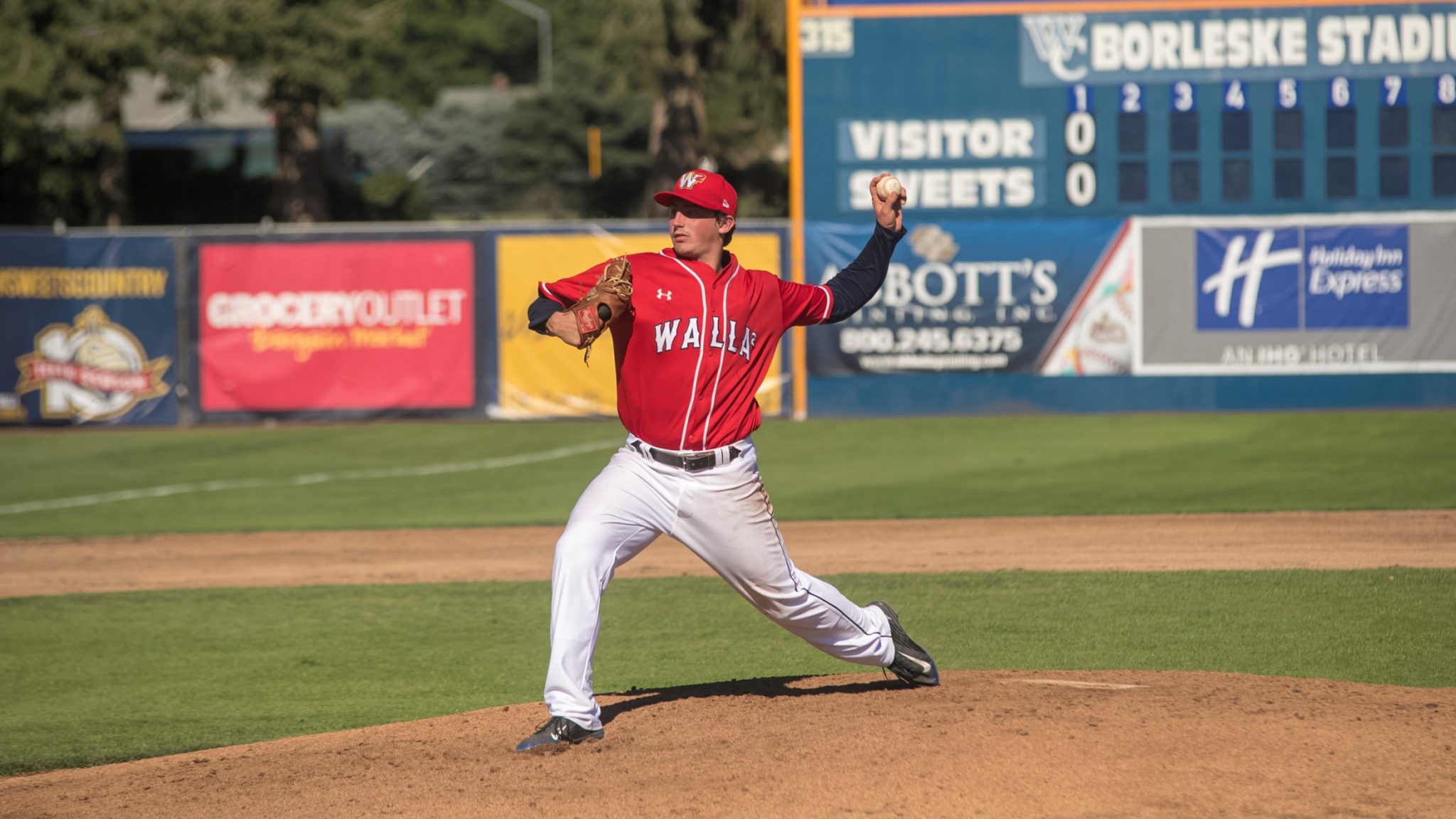 Walla Walla, Wash. – So often one inning can change the entire complexion of a baseball game. Such was the case in the game on Sunday afternoon as a big fifth inning helped propel the Sweets to victory over the Portland Pickles by a final score of 5-3.

Haydn King got the start for Walla Walla and he continued his great start to the 2018 season. He would toss three scoreless innings to start his outing with a little help from his friends on the infield, who rolled up a pair of double plays in the second and third.

In the top of the fourth, the Pickles would get on the board as Gio Diaz led off the inning by reaching on an error by Sweets second baseman Jordan Hovey, who battled a shallow pop-up into right field. Diaz utilized his tremendous speed and came all the way around to score on an RBI double by to the left-centerfield wall by Zander Clarke to make the score 1-0.

The Sweets immediately responded in the bottom of the fourth. After lead-off walks to Nick Nyquist and Zach Penrod to start off the inning. Cesar Lopez grounded into a double play and it looked as though the great start to the inning would go by the way side.

However, Jack Filby strode to the plate and continued to show off the clutch gene that he possesses. After falling behind 0-2, Filby worked the count back to 3-2 and then ripped a single through the right side of the infield to score Nyquist from third and tie the game at 1-1.

The rest of Walla Walla’s lineup followed suit as in the bottom of the fifth, puttibg together a big inning off Portland’s Michael Newstrom. The first three batters of the inning reached base safely on a single, an error and a hit-by-pitch.

Danny Sinatro then hit a soft grounder to the Pickles second baseman with the infield playing back. Portland was unable to turn the double play as Sinatro utilized his remarkable speed to beat out the turn. The play would go down as a fielder’s choice at second base with a run coming across to score to make it 2-1.

With runners on the corners and still just one out in the inning, the Sweets got three consecutive RBI singles from Nyquist, Penrod and Lopez to push across three more runs and make it 5-1.

Portland answered in the next half inning as the WCL batting average league leader Diaz hit a double to right field that split a pair of Sweets defenders. He then came across to score on an RBI single by Clarke and cut Walla Walla’s lead down to 5-2.

Michael Peterson then took over on the mound for the Sweets and he tossed two scoreless innings in the seventh and the eighth. He allowed just one hit and recording one strikeout.

The Pickles tried to rally late off Walla Walla reliever Tanner Cunha in the top of the ninth. He struck out the first batter he faced but then gave up back-to-back base hits which brought the tying run to the plate. Mutz turned to a trusty veteran to shut down the rally.

Ryan Johnston took over pitching duties for the Sweets. Just as he did in game one, providing the walk-off single for the win, he delivered on the mound in the series finale. He got the first batter to fly out to right field, which did allow the runner from third to score, but Johnston then struck out Brody Barnum to end the game and seal the win by a final score of 5-3.

With the victory the Sweets have now won four consecutive WCL series, are 9-3 over that stretch, and sit just a half game back of first place in the WCL South division (even in the win column with Corvallis and holding a 2-1 edge in head-to-head). Every game and every series will be of great significance from now until July 4 (the end of the Sweets first half), as the Sweets battle for first place and a playoff berth in the first half of the season.

Walla Walla opens up a three-game series to end their homestand against the Victoria HarbourCats on Monday with first pitch scheduled for 6:35 PM.