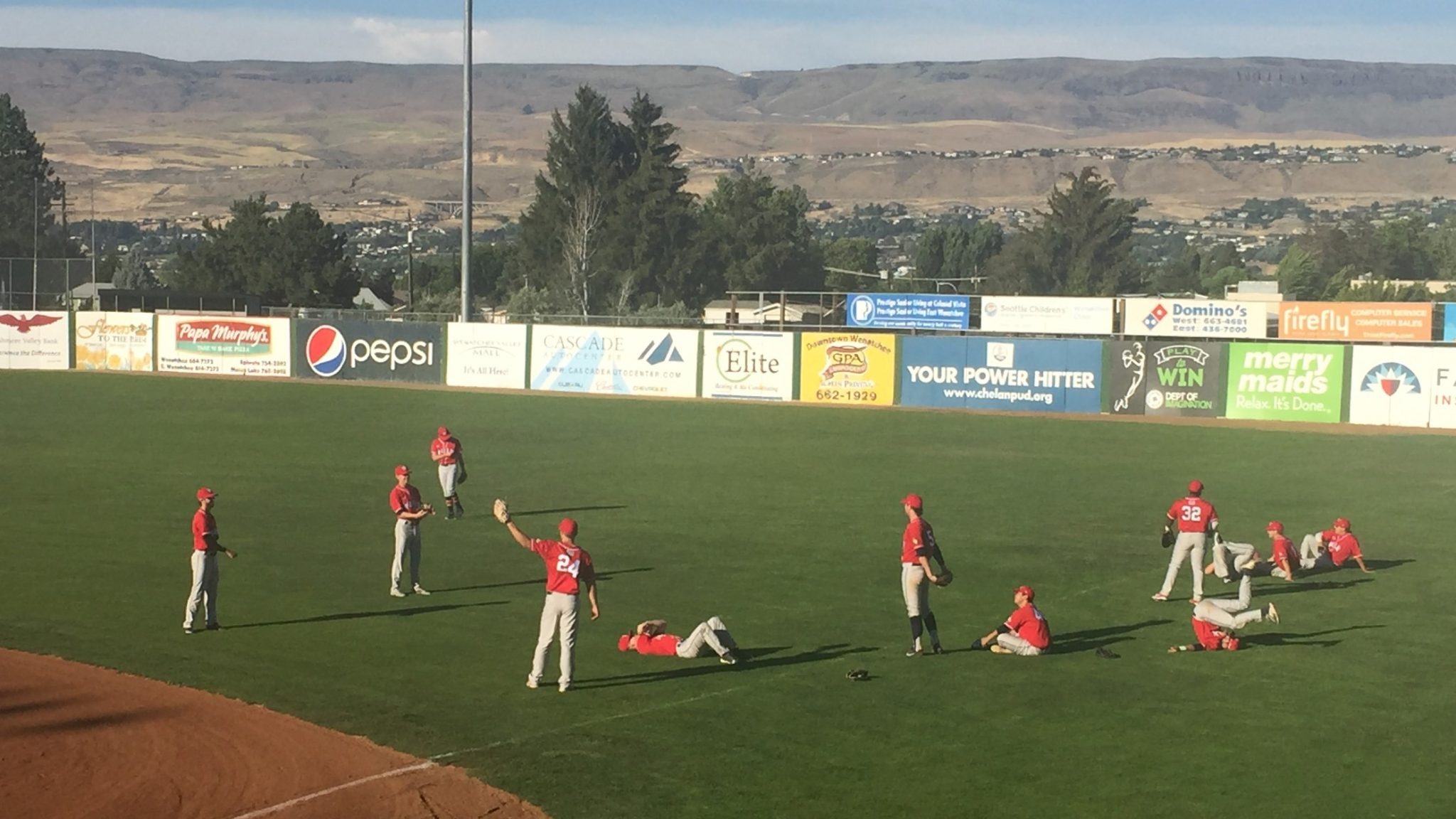 Wenatchee, Wash. – After struggling at the plate in the game on Wednesday, the Sweets’ bats came back to life in the series finale against the AppleSox on Thursday night. Walla Walla won the rubber match by a final score of 10-4, taking the pivotal series against Wenatchee and having now won three straight series against WCL opponents.

Wenatchee jumped on the board in the bottom of the first off Sweets starter Ty Hueckman on a hit-by-pitch to the leadoff man and an RBI single by Jacob Prater.

The turning point in the game for the Sweets was the top of the third inning. Josh Kutzke launched a double off the centerfield wall, and the rest of the lineup followed suit. They would load the bases with one out following a the double, a hit-by-pitch, and a walk. Isaak Gutierrez then came to the plate and roped a single into centerfield that scored Walla Walla’s first two runs of the game to make it 2-1.

With runners on the corners and still one out, Zach Penrod chopped a ground ball just a few feet into the grass toward third base. A great read on contact by Nick Nyquist allowed him to come across to score, with the only play available being at first base. Another hit-by-pitch and a passed ball put runners on second and third with two outs. Tyler Pritchard then hit a pop-up into shallow left field that was unable to be fielded cleanly by the AppleSox’ shortstop, with this fortuitous error allowing both runners to score, giving the Sweets a 5-1 lead.

Walla Walla tacked on another run in the top of the fourth after a double by Ryan Johnston and a single to right field by Nyquist to extend the lead to 6-1.

The AppleSox battled back in the bottom of the fourth, getting the first two batters of the inning on base via a walk and a single. A fielder’s choice at second put runners on the corners with one out, and A.D. Peña grounded out to the first baseman, scoring the runner from third to make it 6-2.

The six runs put an end to Wenatchee starting pitcher Connor McCord’s day. He finished allowing four earned runs, six hits and two walks over four innings of work. That brought Dawson Day to the mound for the AppleSox, and the Sweets would rough him up as well in his one inning on the bump.

Day came on in the top of the fifth and promptly allowed a leadoff double to Zach Penrod. Danny Sinatro would follow suit and double as well to score Penrod and extend the lead 7-2.

The offense then kept rolling in the frame. Sinatro would steal third base easily on a great jump from second with one out. With the infield pulled in, Matt Elser would hit a bounding ground ball that jumped up over the head of Wenatchee’s second baseman and scored Sinatro to give Walla Walla an 8-2 lead.

With a comfortable lead, Hueckman settled into the game nicely. He earned the win with 5 innings pitched, 3 earned runs and a pair of strikeouts. Pitch location and defense were effective tools for the righty from the University of Nevada, Reno.

The offensive show continued for the Sweets in the top of the seventh with runners on second and third and two outs. Johnston hammered a single through the infield and scored both runners to extend the Sweets lead to 10-3.

Wenatchee made a last-ditch effort to get back into the game in the bottom of the eighth following a leadoff hit-by-pitch and a stolen base to put a runner on second with nobody out. A single by Sam Swenson would plate the run and make it 10-4, where the score would stand for the remainder of the game. A pair of inning-ending double plays in the seventh and eighth innings were key plays that kept the Sweets momentum in the win.

The Sweets are now 8-2 in their last 10 WCL games and sit just a half-game out of first place as they get set to host the Portland Pickles. The three-game series begins on Friday night with first pitch slated for 7:05 (with a post-game fireworks show).