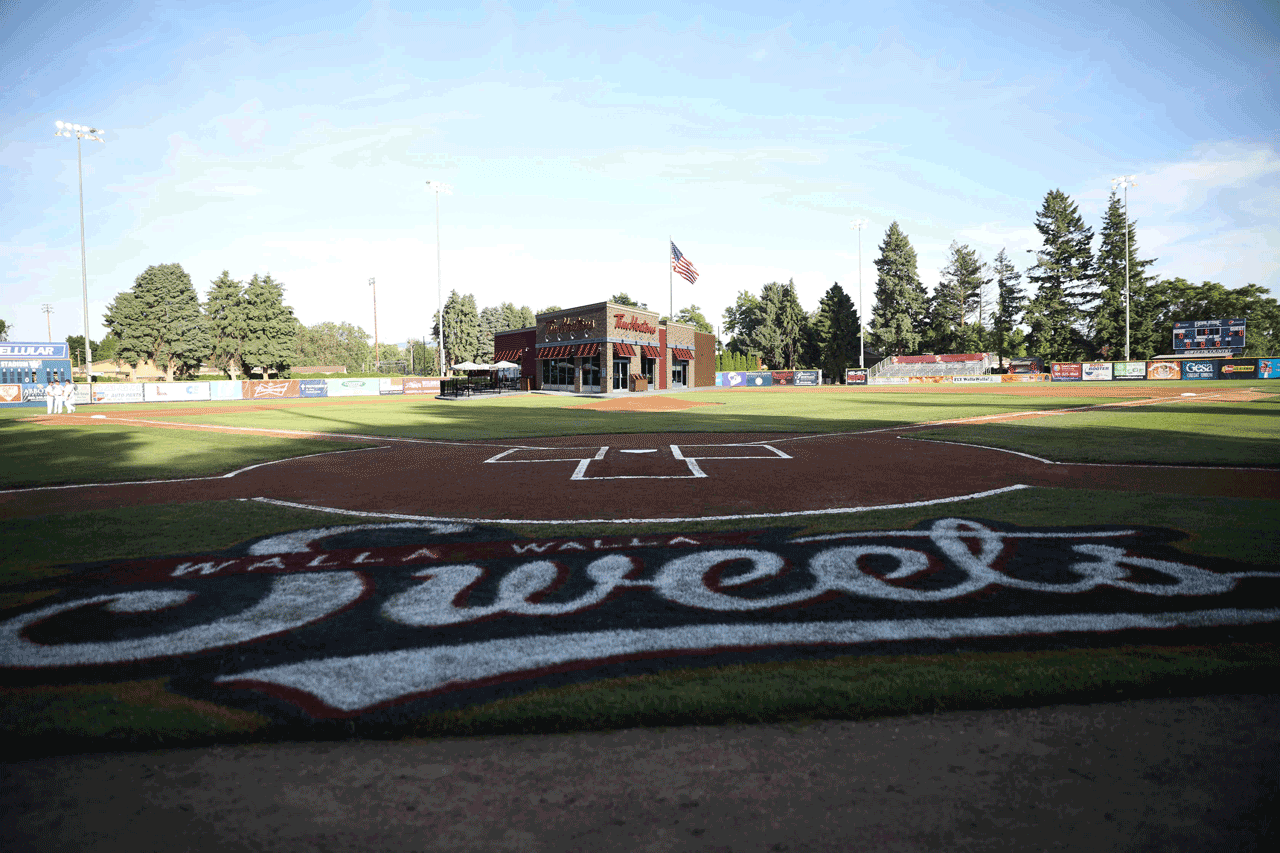 Editors Note: Many of our fans are familiar with the satirical musings of The Onion. Since we are ACTUALLY named after the vegetable, we thought it only appropriate to give this medium a shot. We’re grateful to our friends in Victoria for providing the opportunity and the content.

Walla Walla, Wash. – PBV’s long-term vision is focused on bringing fans ever closer to the action in ways never before imagined. Recent news out of Victoria showed the H’Cats advancing the concept of bringing fans into areas that were traditionally reserved for baseball teams. These changes are now paving the way for others to consider equally thoughtful yet potentially disruptive ways to remove these barriers.

“We’ve kept a watchful eye around the league and are particularly inspired by things happening up north,” said team president Zachary Fraser. “Once people are able to look past minor issues like safety and ground rules or the potential of a left fielder needing to throw a ball through the crowd to reach home plate, I think they’ll appreciate the addition of premium seating and increased revenue opportunities for their hometown teams.”

The final rendering of Borleske Stadium in Walla Walla includes the addition of Canadian based Tim Hortons beyond second base.

“We’ve discussed this with our coaching staff, ownership, stadium board and everyone is 100% in support of this revenue-generating idea,” said Fraser. “Up until now, the only non-baseball personnel that have had access to the field – traditionally from the dugouts and the fence line on into the playing field – between the 1st and 9th innings are groundskeepers, streakers and the security guards tackling those streakers.”

The fast-serve diner will offer a full menu which includes donuts, coffee and sandwiches. Authenticity of the experience is paramount to Fraser, who will ensure that his favourite pastry – the honey glaze French cruller – will be on the menu. Additionally, the service staff will be bi-lingual – offering products in both French and English. Fraser, who spent two years living in Quebec and claims the province as his ancestral home, has been busy teaching French classes at night in preparation of the grand opening.

“Honestly, I think they ball got rolling down in Houston years ago with Tal’s Hill in center field – that hill probably still exists today if moms and dads are able to lay out the beach towel with their kids and actually use it,” Fraser mused. 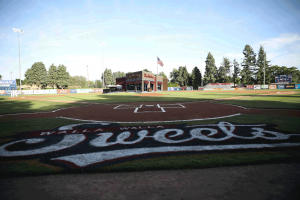 In a similar development, the Yakima Valley Pippins will welcome the Floyd’s Diner Food Truck to enhance the experience at the Orchard in Yakima this summer. The truck will park between third base and shortstop. The popular Victoria spot has signed a multiple-year deal that has them splitting time between Victoria and Yakima during months of June through August. The projected gas bill is something that the team and Floyd’s have been working to finalize. 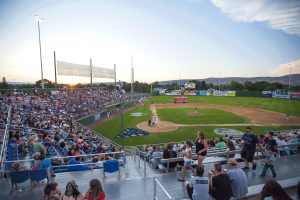 “We’ll see how it goes,” said Pippins GM Jeff Garretson. “The six hole was generally thought of as off-limits to fans until now, but it’s a new world we live in.”

“We anticipate some great vantage points for our fans.”

Tentative plans will allow for fans to enter through the third base gate and line up around the rim of the infield to take part in the fare. Representatives from the organization say if things go well they may add a permanent concrete pathway for the expected constant stream of fans lined up for delicious burgers all summer.

“I can’t think of anything more exciting than having a line drive clamor off the side of their van next to ducking fans with the Shortstop picking up on the rebound and making a spectacular play,” added the Pippins GM.
“Maybe he’ll catch it off the carom – we’ll make sure the ground rules call that an out.”

Note: Below is an image of the actual deck being built into foul territory – with foul territory in front of and behind the deck – in Victoria. We’re not making this up. 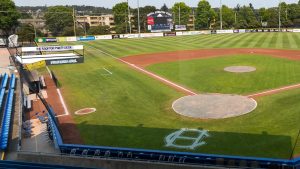