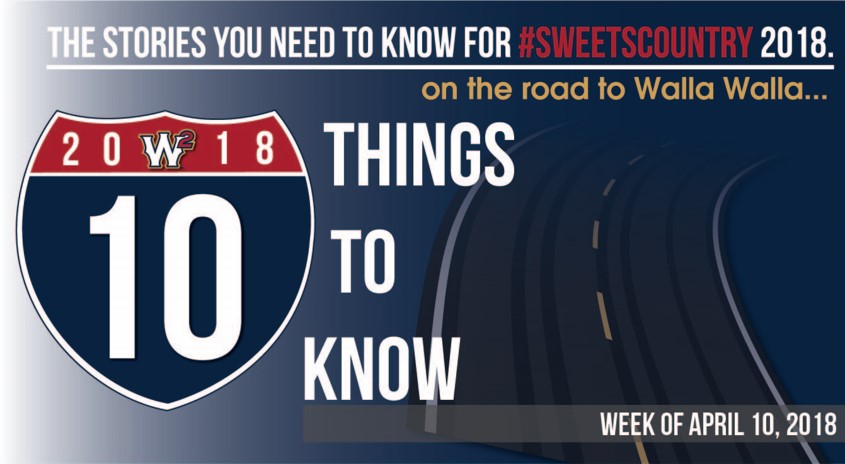 Another week of strong performances from Sweets past and present, stay up to date with how our players are performing with the latest edition of “10 Things to Know”!

1. Tommy Costello (LHP) has really been finding his groove on the mound as of late. He got the start for Yavapai College on Saturday as they took on Mesa Community College and only gave up two earned runs in six innings pitched. Now over his last three starts, Costello has a combined 1.93 ERA and 18 strikeouts in 18.2 innings.

2. Santa Clara University was swept by BYU last week in a three-game series with the intended fourth game being postponed due to inclement weather. Jake MacNichols (C) appeared in all three games for SCU and went 4-for-12 with 2 runs scored and 2 doubles. On the season, MacNichols has four homeruns and 17 RBI.

3. Matt Richardson (IF) has remained one of the hottest freshman in the country for the University of Utah. The Utes lost two of three games against California, Berkeley over the weekend but Richardson still performed well. He went 3-for-10 in three games including four RBI and hit his first career collegiate homerun. Former Sweet Ripken Reyes also appeared in the series, but for the Golden Bears, and went 2-for-7 with a double and three RBI in two games.

Matt Richardson (IF)
Image from: utahutes.com

4. Dartmouth College won two of three games in an Ivy League matchup against Columbia over the weekend. Nate Ostmo (IF) played in all three games for the Big Green and went 2-for-12 with an RBI and two runs scored. He currently has a .247 batting average on the season with five doubles and two homeruns.

5. Central Washington University wrapped up a four-game series against Concordia on Monday that saw the Wildcats drop three of the four games. Mitch Lesmeister (IF) played in all four games for Central Washington and went 3-for-11 with two RBI and a walk. He still carries a solid .310 batting average on the season.

6. Jeremy Polon (RHP) has had a strong start to his sophomore season with Moorpark College. He got the start against Oxnard College on Tuesday of last week and only allowed three hits and one earned run over five innings. On the season, Polon has a 3.82 ERA and 26 strikeouts over 35.1 innings pitched.

7. UC Irvine won two of three games against Long Beach State this past weekend. Ryan Johnston appeared in all three contests for the Anteaters and went 2-for-7 with a walk and one run scored.

8. Walla Walla fans will have the chance to catch several future Sweets in action as Montana State University Billings will host Northwest Nazarene University in a four-game GNAC series this weekend. Carson Woolery (RHP) and the red-hot Jalen Garcia (OF) will suit up for MSUB while Zach Penrod (Utility) will oppose them for NNU.

9. Whitman College was able to take three of four games at home against Lewis & Clark College in a series that wrapped up on Monday. Former Sweet Joseph Zimmer (IF) played well, going 5-for-14 over the four games with four runs scored, four RBI and a homerun. On the season, Zimmer has an impressive .353 batting average with eight homeruns and 20 RBI.

10. Former Sweet John Glenn (IF) played extremely well for California Baptist University over the weekend and helped his team take three of four games against Biola University. Playing all four games, he went 6-for-15 with two doubles, seven RBI and a homerun. Amid his sophomore season, Glenn has compiled a .355 batting average with six homeruns and 35 RBI.
Share this