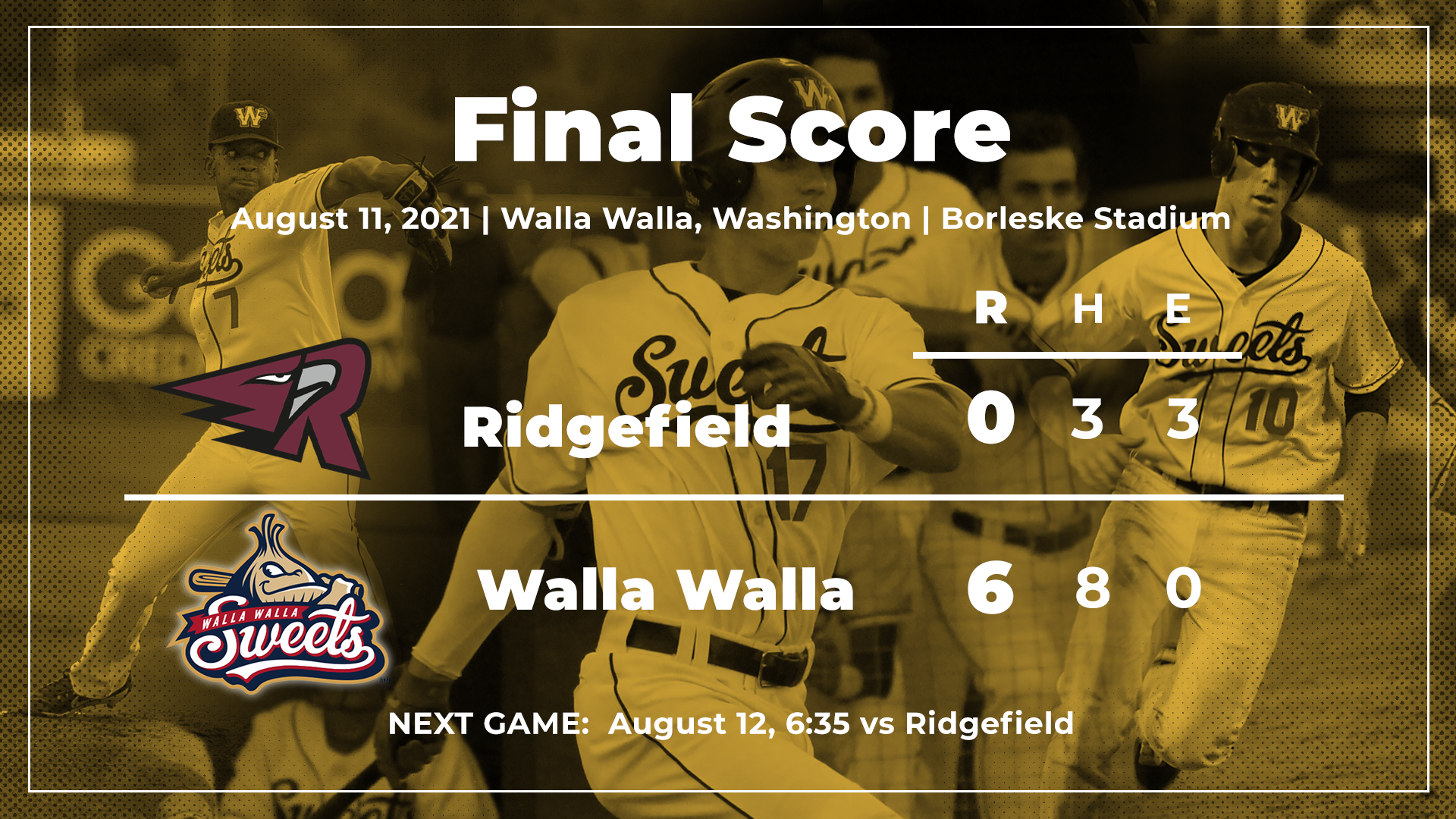 The Walla Walla Sweets snapped a 12 game league losing skid Wednesday with a 6-0 victory over the Ridgefield Raptors.

The win marked the first home shutout win for Walla Walla since August 4, 2019 and their second shutout win of the season, their first since Opening Day back on June 4 against Cowlitz.

The Sweets wasted no time picking up a lead they would not falter. Eli Paton launched his team-leading fifth home run over the left field fence in the first inning to make it 2-0 Sweets.

From there, the pitching staff for Walla Walla stole the show. One night after setting the single season record for most strikeouts by a pitching staff, starter Calvin Kirchoff added to that total with a masterful performance. After giving up seven earned runs against the Raptors the last time he faced them, the University of Washington commit responded with a 6 1/3 inning, 10 strikeout performance.

For Kirchoff, it was his second double digit strikeout performance of the year. He becomes the only Sweet to strike out 10 or more batters in two different outings this season.

Caden Kaelber recorded the final eight outs of the game to complete the shutout. Kaelber did not allow a hit and struck out five batters to cap off a 15 strikeout performance. Kaelber remains in second in the WCL with 64 punch-outs this season.

Offensively, Paton paced the Sweets in this one. He finished the night a triple shy of the cycle with a season high three hits and three runs batted in.

Parker Price added two hits for Walla Walla. He has now driven in a run in his last five games, picked up a hit in his last eight, and reached base in his last 17 outings.

The win brings the Sweets to 15-32 with one regular season game remaining. With the loss, the Raptors drop to 25-22 and will need to win tomorrow for a chance at their first playoff berth in team history.

The season finale for the Sweets is Thursday at Borleske Stadium at 7:05 PST. The first 1,000 fans will receive a team blanket as part of Fan Appreciation Night. Tickets are available at www.sweetstickets.com.