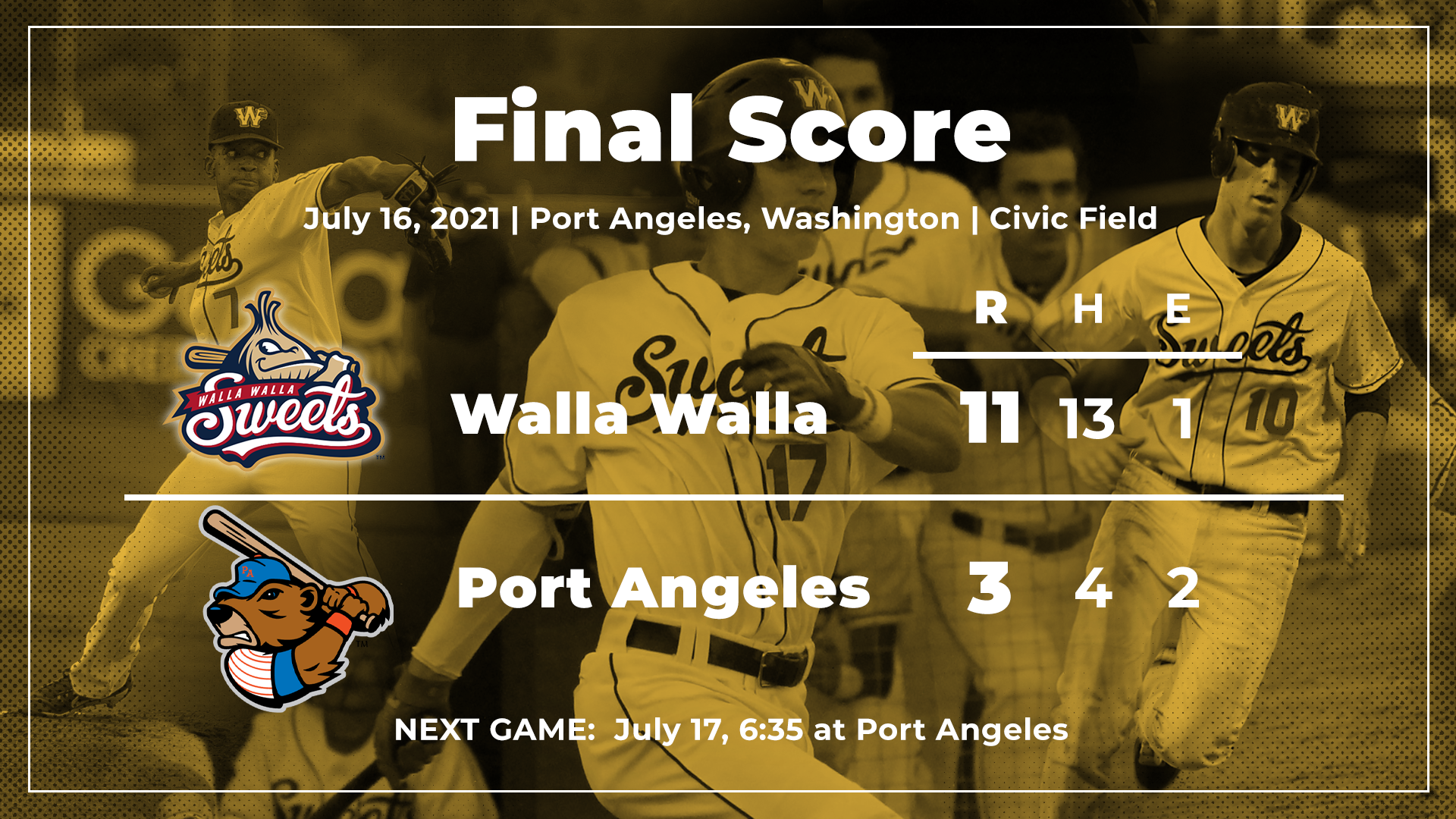 The Walla Walla Sweets used a combination of balanced hitting and effective pitching to take down the Port Angeles Lefties Friday.

The Sweets got a hit from every starter in the lineup Friday, the first time this season Walla Walla has accomplished that feat. Three players, Paul Myro IV, Coin Wetterau and Justin Folz, had multiple hits.

The Sweets went down 1-0 in the second, but took the game over from there.  Walla Walla strung together four runs on just one hit in the top of the fourth. Niko Khoury drove in Parker Price from second on an error by the first baseman Ethan Flodstrom. After Justin Folz scored on a wild pitch during Seth Ryberg’s at bat, two runs scored on a dropped third strike to Cayden Delozier and a throwing error by Port Angeles catcher Nathan Chong.

The Sweets bats would get going in the fifth, five of the first six batters in the inning singled as part of a three run fifth for Walla Walla. Wetterau, Niko Khoury and Matthew Clark all knocked in runs on singles.

Wetterau and Folz would both go on to drive in runs on back-to-back singles in the top of the eighth. Wetterau finished the night with three runs batted in to lead the team.

The Sweets got a solid effort from four different pitchers. With the exception of one run in the second, Sweets starter James Hepp was efficient on the bump. The UCLA commit went four innings and allowed one earned run with five strikeouts in his longest outing of the year.

Logan Hurd picked up right where Hepp left off. The LMU left-hander went 3 2/3 innings and recorded his second highest strikeout total of the season with five. Caden Kaelber recorded the final out in the eighth before Evan Harmon closed the game in the ninth.

The Lefties were able to muster just four hits against the Sweets. Coleman Schmidt was the highlight of the game for Port Angeles, going 2-for-4 with a solo home run to left. Along with his second home run, Schmidt also singled in a run as part of a two RBI night.