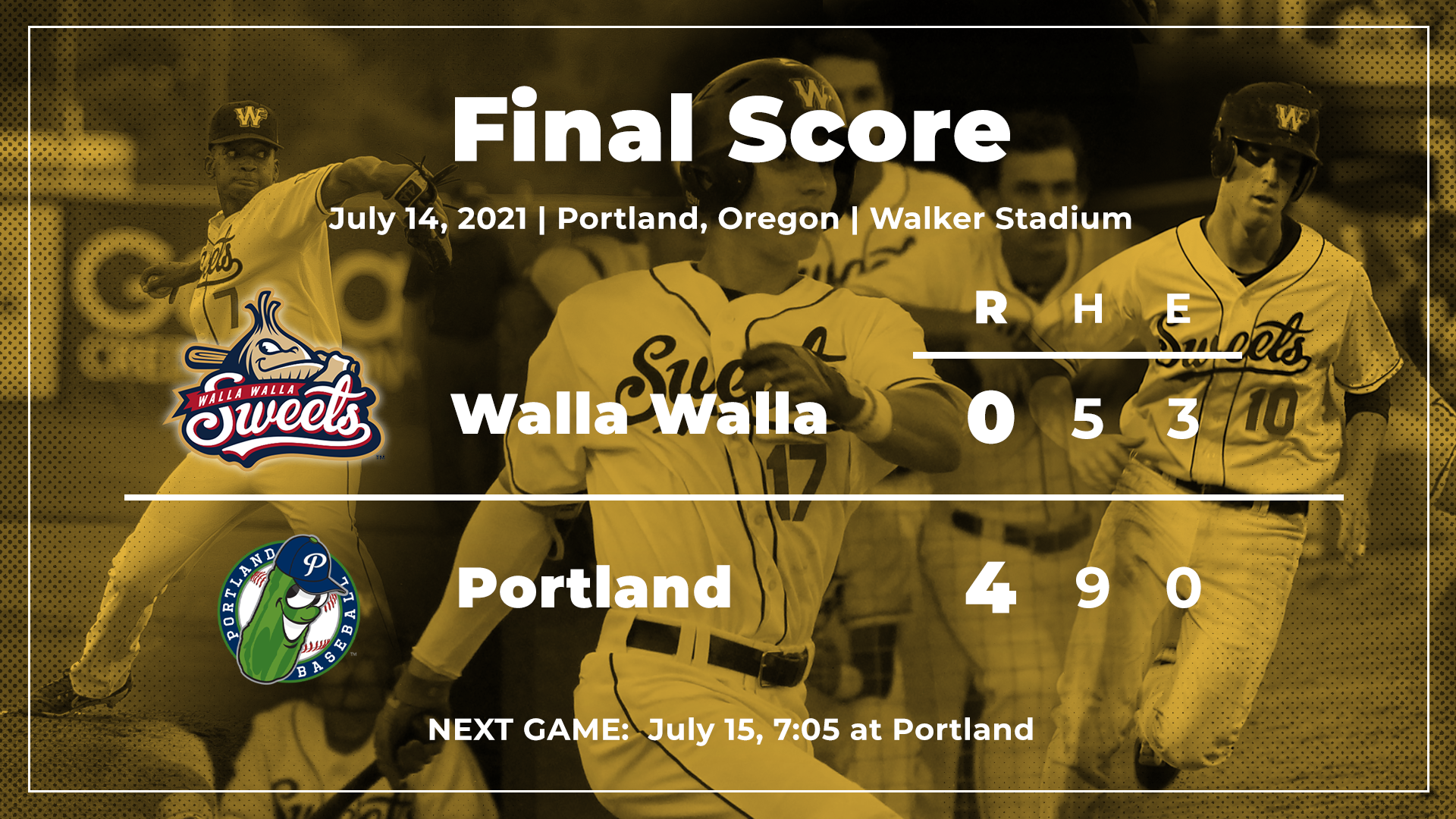 The loss marked the second time this season the Sweets have been shut out. Walla Walla falls to 10-16 on the year, while Portland improved to 16-10.

The Pickles starter, Alex Giroux,  started the game for Portland with three scoreless innings. Walla Walla had chances early with runners in scoring position against the right-hander, but were unable to register a hit with men on second and third. In total, the Sweets left five men on in the game.

The Pickles offense got going early against Sweets starter Travis Craven. After the first batter of the bottom of the first was set down, the Pickles put four straight men on base on the strength of a walk and three singles. Reigning WCL Player of the Week Leo Mosby capped off the run with an RBI single.

The Pickles struck again in the fourth, this time forcing an unearned run home against Craven. After leadoff Ryan Guardino reached on an error, stole second, and advanced to third on a sacrifice bunt, catcher Max Shor delivered a line drive single to right to plate another run.

Travis Craven went four innings in his team leading sixth start of the year. The Goleta, California, native allowed just one earned run on five hits while striking out two.

Dylan Schwartz and Will Grimm pitched the remainder of the game for Walla Walla. Schwartz struck out four batters while allowing two runs in 2 1/3 innings. Grimm entered the game with the bases loaded and one out in the seventh and retired the final five batters of the game for Portland.

Paul Myro IV highlighted the Sweets lineup with two of the team’s hits. Colin Wetterau also doubled to extend his hit streak to 17 games and on base streak to 19.

The Sweets conclude their three-game series with Portland Thursday evening at 7:05 PST.