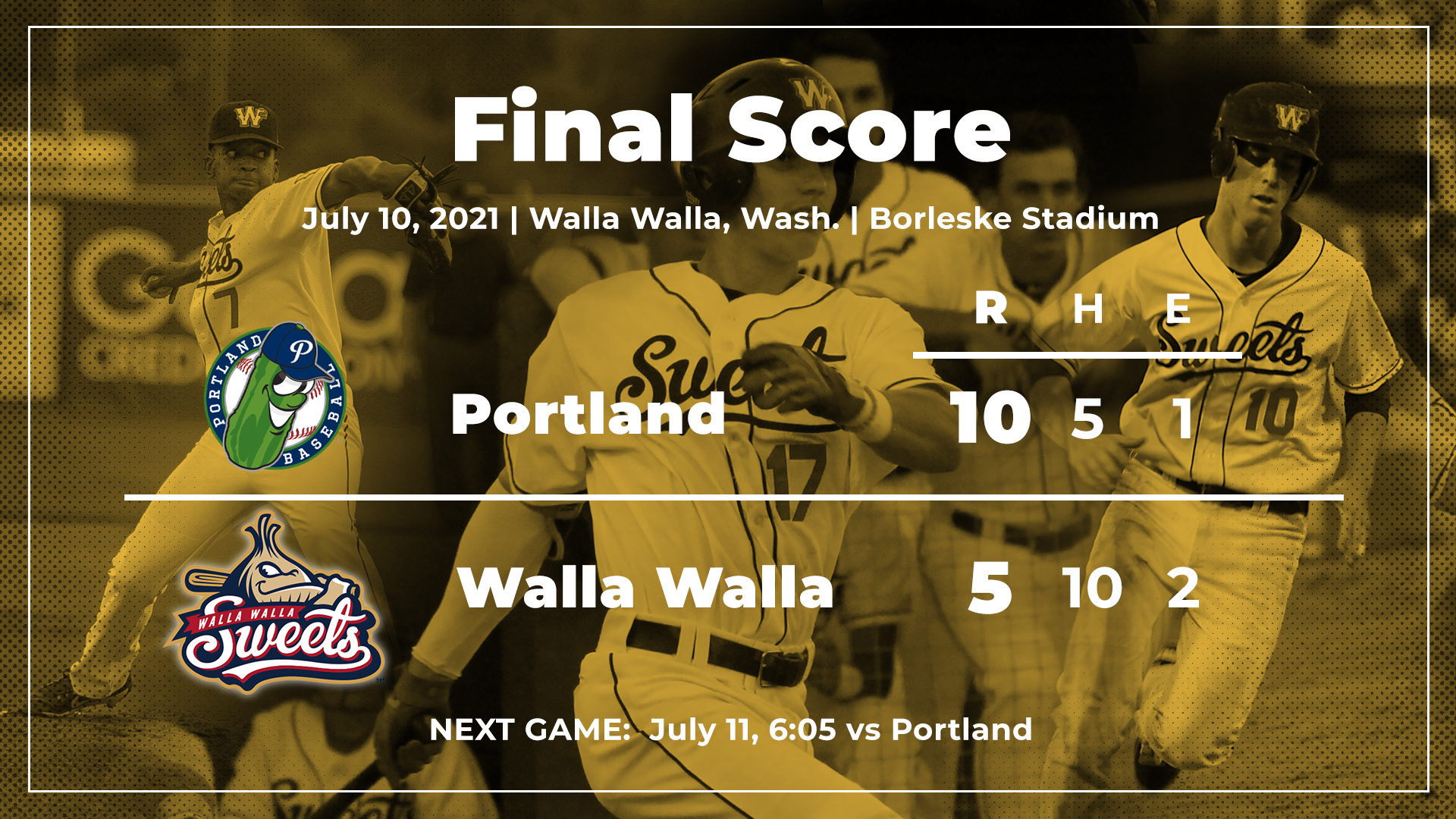 The Walla Walla Sweets were unable to consistently find the strike zone as a pitching staff Saturday, dropping their third straight game in a 10-5 loss to the Portland Pickles.

After walking 10 batters in the series opener, the Sweets surrendered a season high  12 free passes Saturday between six different pitchers.

The Pickles picked up their ninth win in their last 11 games while taking the series and improving to 14-9. The Sweets fall to 9-14 with the loss and have lost six of their last eight league games.

The Sweets got the first two runs of the game on back-to-back RBI singles by Niko Khoury and Colin Wetterau. Wetterau extended his hitting streak to 15 games with the first inning base hit and has 24 hits in his last 15 games.

After a clean first inning, Sweets starter James Hepp lost his command and issued five walks in the second inning. This led to a four-run inning and Hepp being removed after 1 2/3 innings of work.

The Sweets tied the game in the bottom of the second with two runs. After a Quentin Ayers leadoff single and a double by Jack Sheward, Ayers later scored on a wild pitch before Parker Price drove in Sheward on a groundout.

The Pickles would then score two runs in the fourth, fifth and sixth innings. The three inning run was highlighted by a solo, pinch hit home run to left by Carter Booth, who replaced leadoff hitter Cam Clayton.

Leo Mosby led the offensive attack yet again for the Pickles with two hits. The Portland infielder has five hits in the series, has a five-game hit streak going, and has seven runs batted in during that span.

Portland also continued its impressive stretch. After starter Kyle Ethridge struggled out of the gate and allowed four earned runs in 1 2/3 innings, the Pickles bullpen picked up eight strikeouts and allowed just one earned run through 7 1/3 innings of work.

Eric Marrujo picked up the victory for Portland, while Logan Hurd was saddled with his second loss of the season.

The two teams meet for the series finale Sunday evening at 6:05.