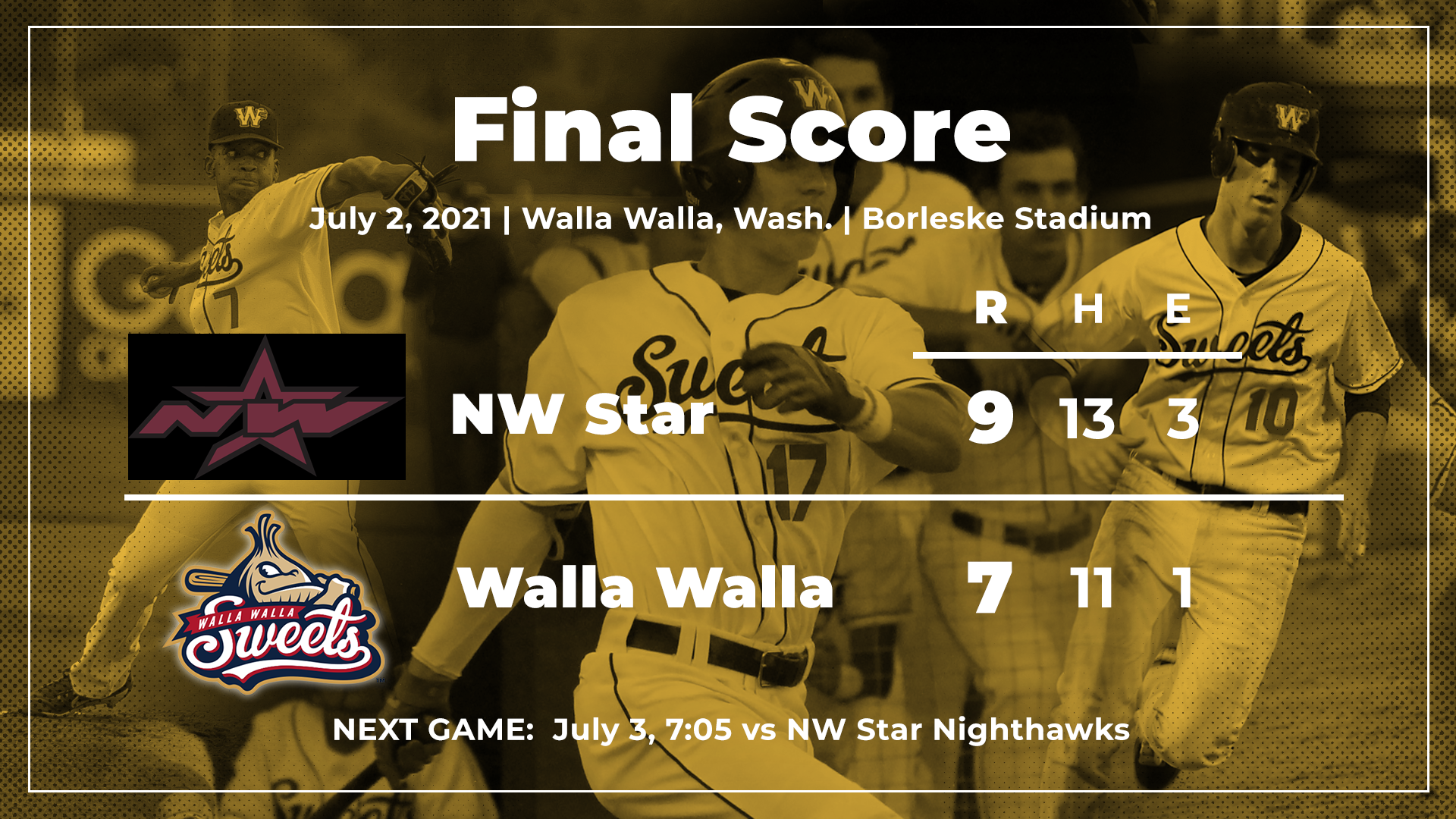 The Walla Walla Sweets lost the first game of a two-game non-league series Friday, falling to the NW Star Nighthawks by a score of 9-7.

In their first of two meetings this season, the teams went back and forth from start to finish. There were five lead changes throughout the game.

The Sweets put together one of their best hitting games of the season. Three different Walla Walla batters left the yard, two of them doing so for the first time this season in Cameron Butler and Jack Sheward. Justin Folz added the other home run, his second of the season.

The Sweets totaled 11 hits in the game, with first baseman turned pitcher William Grimm pacing the lineup with three.

NW Star took the lead in the first inning, but the Sweets quickly tied the game in the bottom half after Colin Wetterau tripled and scored on a wild pitch. Jack Sheward’s first home run of the year made it a 2-1 Sweets game after two innings.

After the Nighthawks scored the next four runs of the game, the Sweets put together one of their best offensive innings of the season. Folz and Butler each launched solo home runs as part of a three run inning, with Sheward driving in Quentin Ayers and scoring himself off three errant throws by the Nighthawks.

After both teams picked up a run in the seventh, the Nighthawks plated the final three runs in the eighth and ninth. Travis Helm drove in two runs on a two-out double in the eighth, and Carter Monda added on an RBI single in the ninth to lead to the 9-7 final score.

Evan Harmon went three innings for the Sweets in his first start of the year. He allowed three earned runs on three walks and four strikeouts. Turner Edwards, Cayden Delozier and Will Grimm combined to throw six innings out of the bullpen, allowing six runs.

The Sweets host the NW Star Nighthawks for “Super Saturday” at Borleske Stadium at 7:05.