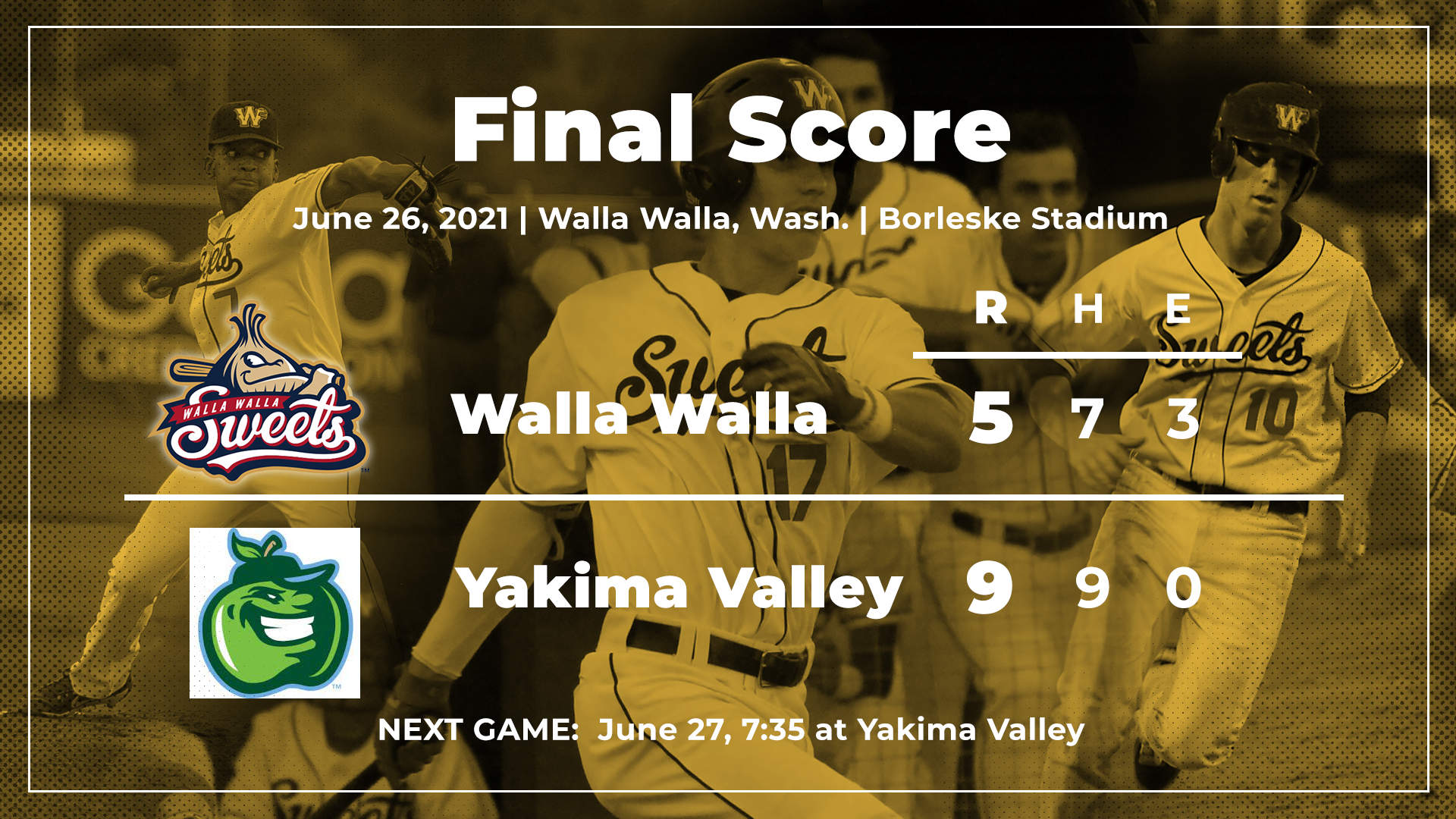 The Yakima Valley Pippins responded to their loss on Friday in a big way Saturday in their win against the Sweets.

After losing a four run lead in the late innings in the series opener, the Pippins came back Saturday and took control in the middle innings thanks to timely hitting and excellent starting pitching.

Tyler Frieders, the starter for Yakima Valley and a Yakima Valley CC product, turned in his best start of the year and the best outing of the year for a Pippins starter. He went seven innings and set a new Pippins season high with 10 strikeouts while allowing just one run and two hits.

The Sweets scored first for the second game in a row thanks to a Paul Myro IV walk and a Parker Price RBI double, his fourth run driven in in the series.

From there, the Sweets could not figure out Frieders. Walla Walla had just one hit from the second through seventh inning and wouldn’t score again until Myro IV blasted a two run home run off the scoreboard in left in the eighth.

The Pippins offense got going in the second inning on a two-run single from Spencer Marenco. Yakima Valley wasted no time getting on the board in the third after Noah Williamson took the first pitch of the inning down the left field line for a triple. Blake Dickman drove him home one batter later on a sacrifice fly.

The Pippins big inning came in the fourth after Sweets starter Jake Dahle was removed after three innings. The Pippins used four walks from Sweets reliever Noah Serna and two errors from shortstop Parker Price to push across four runs. Walks came back to the haunt the Sweets, with the pitching staff registering a season high 10 free passes.

Frieders earned his first win of the 2021 season, while Dahle was hit with his first defeat. The Sweets put up four runs late in the game with two in the eighth and ninth innings against Pippins reliever Joey Cammarata, but were unable to complete the comeback in a 9-5 defeat.

The rubber match of the series is set for Sunday at 7:05 PST.