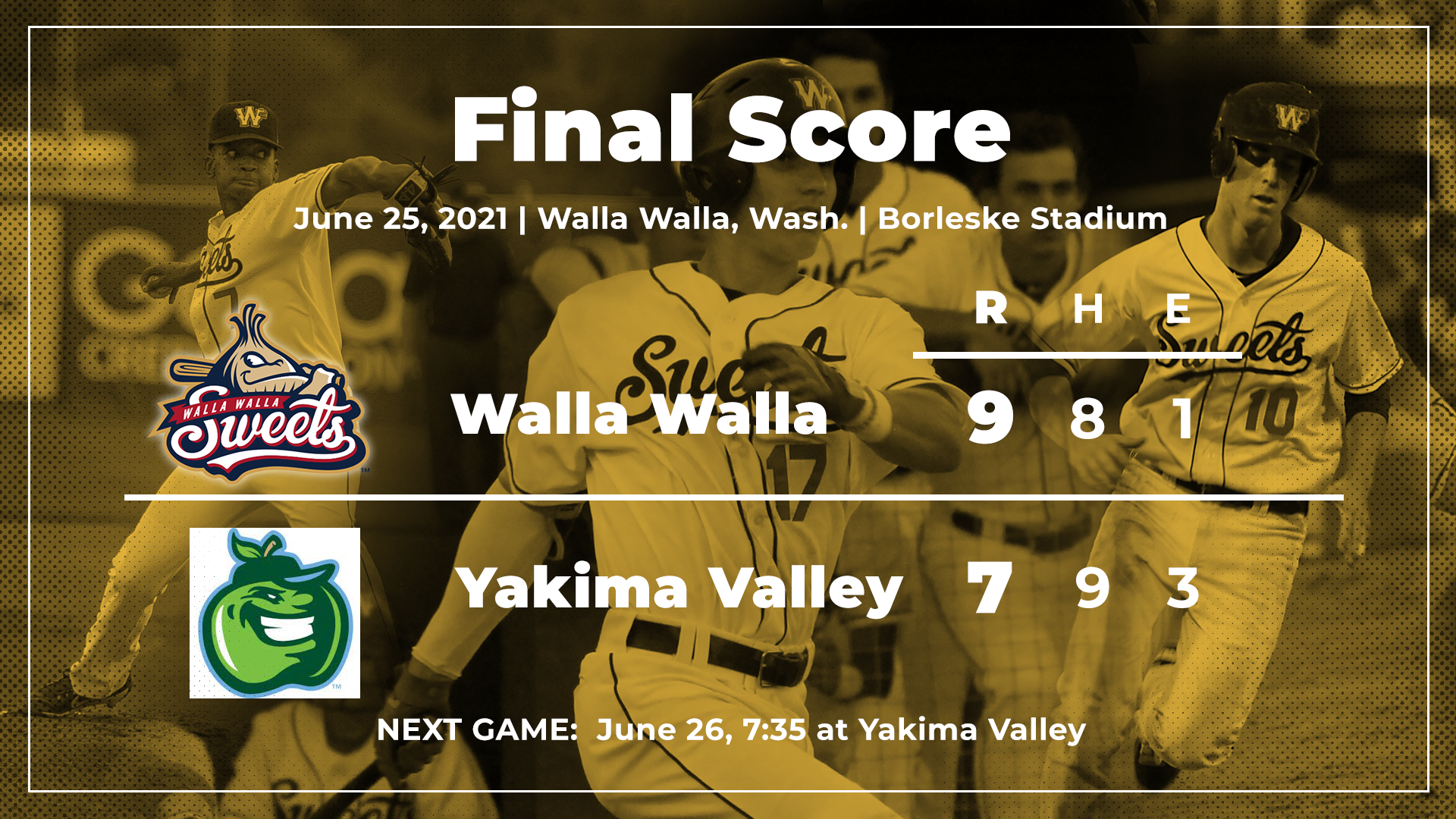 The Sweets entered the top of the eighth inning down 7-3 Friday night against their rival the Yakima Valley Pippins.

With their backs against the wall, the Sweets fought back and willed themselves to a 9-7 victory to pull within one game of first in the North Division.

Four of the first five batters reached base on a walk to start the eighth inning, with Justin Folz picking up an RBI without having to swing the bat. After Colin Wetterau drove in Paul Myro on a groundout, Seth Ryberg came through with a line drive single to right center to score two runs and tie the game at seven.

After Caden Kaelber set down the Pippins in the bottom of the eighth, the Sweets got right back to work in the ninth and took advantage of some costly mistakes from the Pippins. After Yakima Valley shortstop Connor Coballes botted a groundball to start the ninth, Nation Wood dropped a bunt single in front of the mound. A Myro walk brought Parker Price to the plate, and he delivered a two-run single to make it 9-7 where the game would end.

For the Sweets, the win was their second this year when trailing after the seventh inning. Walla Walla is now 7-6 and trails the first place Pippins by one game.

Parker Price also ripped a solo home run in the ball game, finishing the contest with two hits and three runs batted in to tie the season high for a Sweet in a single game this year. Eli Paton collected two hits as well.

Caden Kaelber picked up his second win of the year and matched a season high with five strikeouts. Eric Romo earned his league-leading fourth save.

For Yakima Valley, Noah Williamson led the way hitting with two hits and four RBIs. He had a three-run home run in the game as well.

The Sweets and Pippins meet again Saturday for game two of the series starting at 7:35. The game can be streamed at www.mixlr.com/sweetsbaseball.