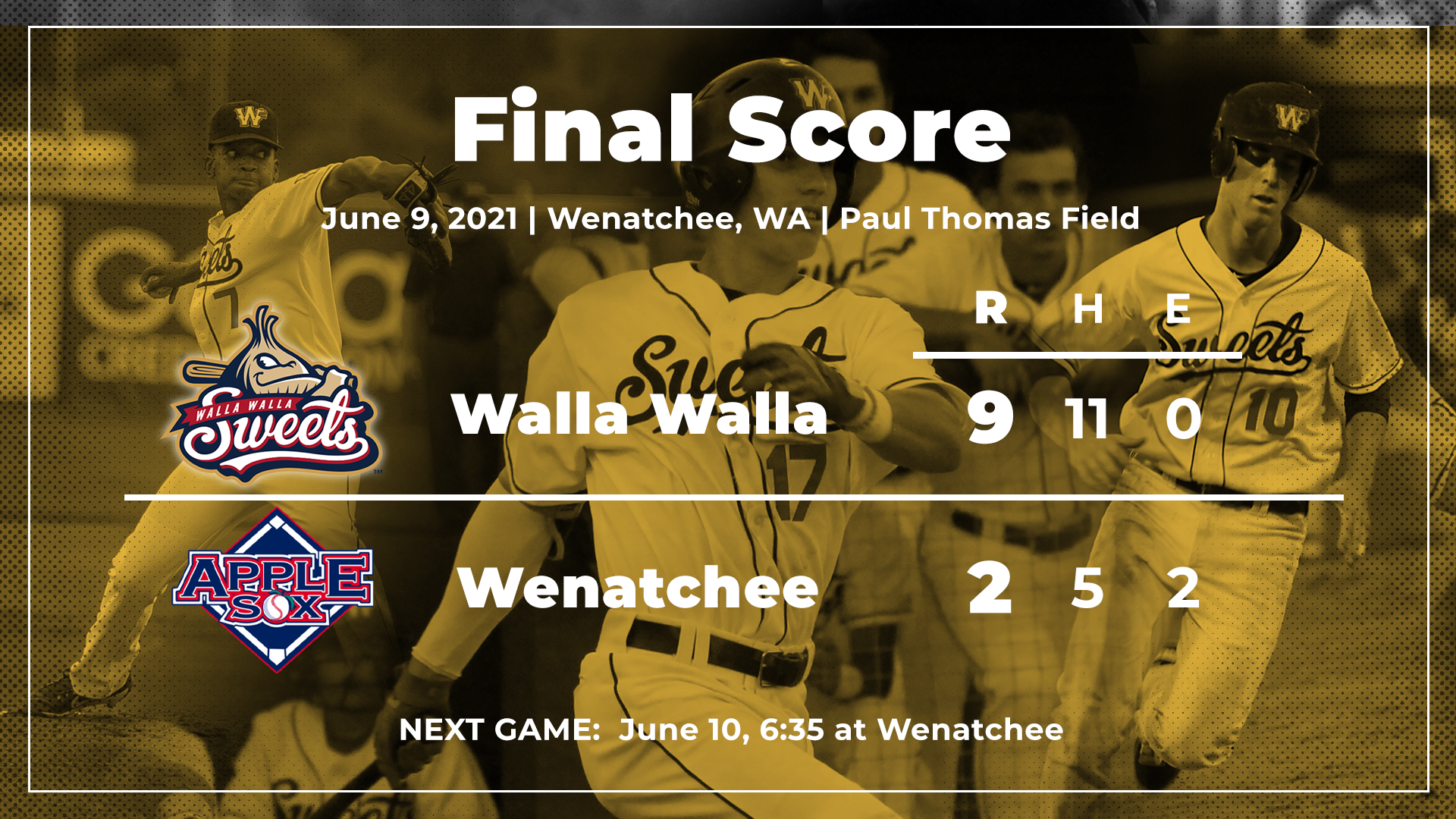 The Sweets put on their best offensive showcase of the young 2021 season in a 9-2 victory over the AppleSox Wednesday.

The Sweets set new seasons highs in runs and hits with nine and 11, respectively. Eight different Sweets hitters got in the hit column in a balanced effort from start to finish.

The AppleSox struck first on a two-run shot to left by Adam Grob, his second home run in as many games this series. After that, however, the Sweets took over and posted nine straight runs to grab their largest win of the year.

Walla Walla posted three runs in the fourth and four in the fifth to blow things open. Cesar Lopez, Cameron Butler and Chris Conniff all picked up RBIs for the Sweets, highlighted by Lopez’s two run single in the fifth inning on a line drive to right.

The final two runs of the game came on a no-doubt, two-run home run to right from Seth Ryberg in the eighth inning. Ryberg, who had a little added motivation from friends and family in the stands, got into a 3-1 count and waited for his pitch.

“He was down 3-0, so I had an automatic take and got a fastball so I could get on time,” Ryberg said. “He happened to throw me that same fastball and I let it fly and was able to find the barrel.”

Ryberg went 2-for-5 and drove in three runs, the most by a Sweet in a game this season.

Pitching wise, starter Mason Kokodynski went 3.2 innings and allowed two runs. Travis Craven inherited a bases loaded situation and came through with a clutch strikeout to get the Sweets out of trouble.

The Sweets bullpen turned in another excellent performance. Craven, Caden Kaelber and Eric Romo combined to throw 5.1 scoreless innings while allowing just three hits and striking out seven. Kaelber struck out five hitters for the second straight appearance out the bullpen.

The Sweets conclude their three-game series in Wenatchee Thursday at 6:35 PST. You can tune in at www.mixlr.com/sweetsbaseball.