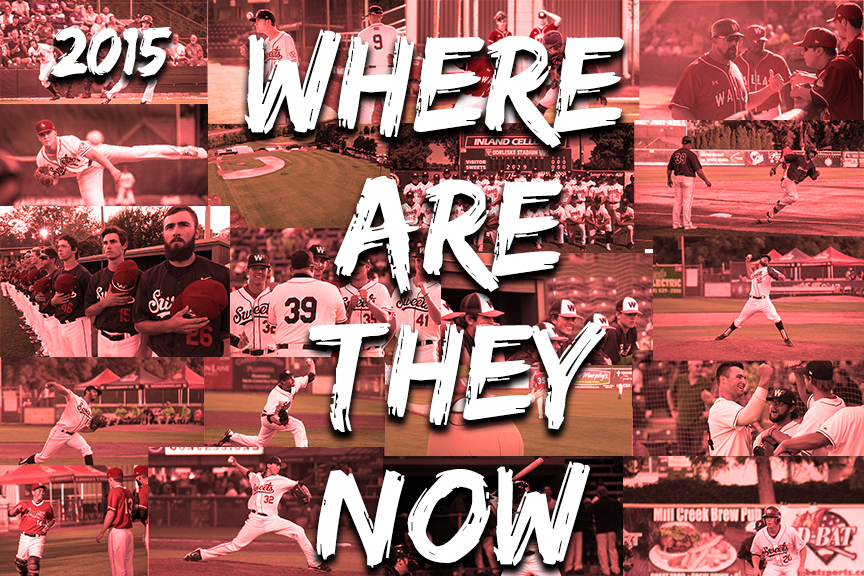 The next edition of the “Where Are They Now Series” looks at the 2015 Walla Walla Sweets, the sixth team in the history of Walla Walla baseball.

2015 brought in a new era of Sweets baseball under new manager Frank Mutz. Mutz brought with him great experience and a wealth of professional baseball knowledge.

Mutz enjoyed great success as a player and coach prior to Walla Walla. He played baseball at the University of Hawaii and was drafted in the 23rd round of the Major League Baseball draft by the California Angels following his college career. He pitched three seasons in the Angels organization, played briefly with the Oakland Athletics in 1994, and was a scout for both the Diamondbacks and A’s from 1994 to 1998.

In between his professional playing and scouting stints, he served as the manager of the Kenai Peninsula Oilers, where he was named ABL manager of the year in 1991.

Up until August, the Sweets played .500 baseball and were in the WCL playoff picture. The end of the season did not bring as much luck, however, as the Sweets lost nine of their final ten games to finish 22-31. Walla Walla placed fourth in the East Division. 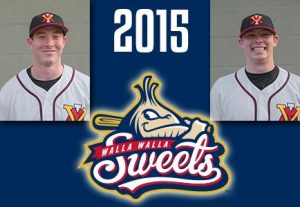 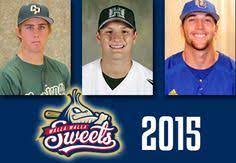 Walla Walla had five players on the WCL honorable-mention list in 2015- Parker Coss (UC Irvine), Joe DeMers (Washington), Nick Halamandaris (Cal) and Easton Lucas (Pepperdine). Coss led the Sweets with a .308 average while accumulating 48 hits and 13 RBI’s. DeMers posted 27 strikeouts in 30 innings and held an ERA of just 2.07 in 12 appearances.

Despite playing in just 24 games, Halamandaris made his presence felt with the Sweets. He batted .330 and led the team in home runs with 3. He also hit eight doubles, two triples and drove in 17 RBI’s.

Rounding out the list, Lucas was the most effective starting pitcher in the Sweets’ rotation. In 12 appearances and 8 starts, Lucas allowed 13 earned runs in 48 innings while striking out 44 batters.

Easton Lucas was drafted by the Miami Marlins in the 14th round of the 2019 MLB June Amateur Draft. He made it to lower Single-A as recently as 2019.

Juan Gamez was a spring training invite for the Chicago Cubs.

Willie MacIver was a spring training invite for the Colorado Rockies. He spent the 2019 season with the Single-A Asheville Tourists.

Alex McKenna is a member of the Fayetteville Woodpeckers, the Low-A affiliate of the Houston Astros.