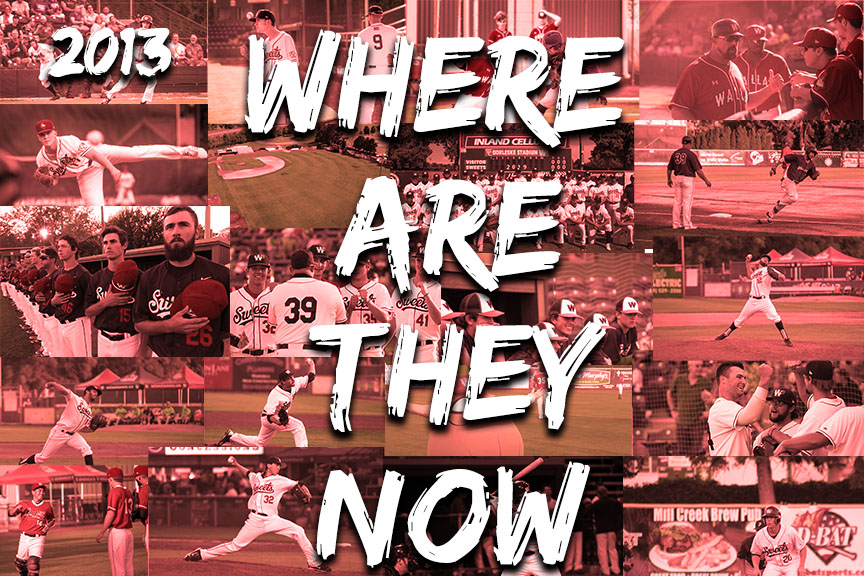 The next edition of the Where are they Now? Series looks at what may be the greatest Sweets team in the history of the organization in the 2013 squad.

Following a 2012 season that fell short of expectations, the Sweets roared back in 2013 for a season to remember on and off the field. In a newly-aligned North Division, the Sweets were relatively .500 throughout the year before going on an unprecedented 8-game winning streak to end the year 31-22. The Sweets won the division by two games.

At the start of the season, the Sweets continued their tradition of hosting unique, community-centered events. Walla Walla hosted The Battle of the Badge, an event that featured a baseball game between the Walla Walla Police vs. Fire. The event raised over $24,000 for charities and non-profit organizations.

The Sweets were once again in the top-50 in the nation in attendance for collegiate summer baseball teams, and those fans witnessed an excellent, tightly-contested WCL race. Three different teams were in first at one point during the season, including Walla Walla.

While the Sweets were knocked down in the wildcard round by the Wenatchee AppleSox, there were plenty of great things to reflect on. Nine players were selected to the WCL All-Star Game, including six pitchers and three position players.

Poteet wasn’t the only elite talent that took the mound for the Sweets that season. Missouri State product Matt Hall was one of two Sweets to continue his major league career in the summer of 2020. Hall is one of many members of the 2013 team that has enjoyed a strong professional career of baseball.

WHERE ARE THEY NOW?