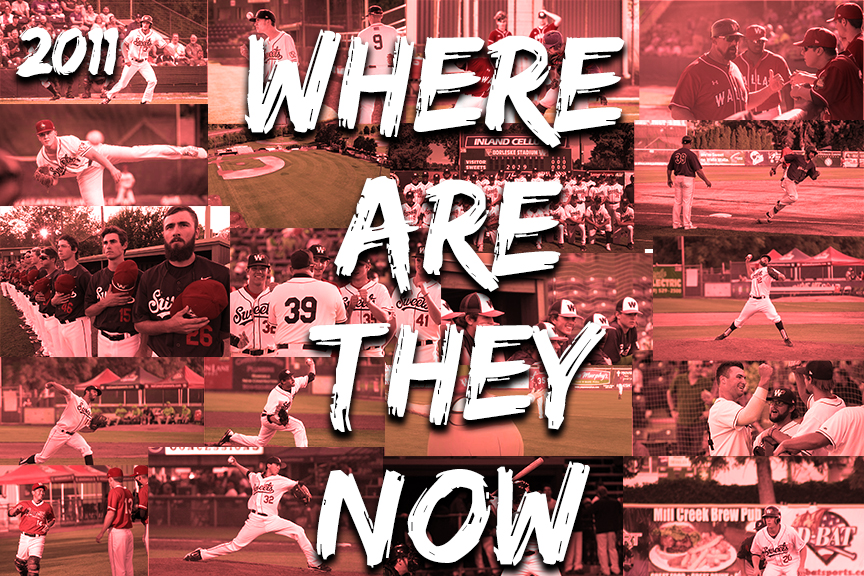 The second edition of the “where are they now?” series looks at the second season of Walla Walla Sweets baseball. From the newly formed traditions, to the first playoff appearance in team history, the Sweets put together plenty of memorable moments in the summer of 2011.

After an inaugural season that saw the Sweets finish last in the West Coast League, expectations were much higher in year two. Like the previous season, the Sweets didn’t get of to a hot start. They found themselves holding on to a spot in the playoff picture come mid-July. Down three games in the wild-card race and with their season hanging in the balance, the Sweets won 13 of their final 20 games to beat out the Bellingham Bells for the final spot in the WCL postseason.

After finishing the regular season 26-28, the Sweets were met with a tough draw in the division series against the heavily-favored Wenatchee Apple Sox. Led by league MVP Alex Stanford, the Sweets stunned the Apple Sox in a 2-0 sweep to win the club’s first ever postseason series. Despite bowing out to Corvallis in the league championship round, the Sweets made major progress from year one to two. They improved their win total by 10, had six players including Stanford earn all-star honors, and swept the third ranked collegiate summer baseball team in the country in the playoffs.

The Sweets placed 6 players on the WCL East All-Star team. All of these players earned All-WCL honors as well.

Stewart, who spent two seasons with the team, enjoyed every part of the 2011 season.

“Walla Walla was an awesome experience all around,” Stewart said. “We were a hard working and talented group on the field, my host family was excellent and I enjoyed the city of Walla Walla as well. It was great to be the first team to get to the playoffs and to win that first series.”

The Sweets led the league in attendance once again in 2011, drawing over 54,000 fans to rank in the top-20 nationally. Stanford set the single-season record in the WCL for most hits with 66, while Richardson led the league in ERA at 1.53 in 53 innings.

The Sweets off-field traditions brought just as much life to the ballpark as their play on it. In the eighth inning, the club would play “Love is Gone” by David Guetta over the sound system.  Players would then emerge from the dugout and begin dancing, which brought the crowd to its feet every home game.  This tradition seemed to give the team a boost as well, as they had the most come-from-behind victories after the seventh inning of any team in the league.

Broadcaster Tristan Hobbes also became a fan favorite in Walla Walla for some of his signature calls. For victories, Hobbes would close the game with the expression “The Sweets Win! How Sweet it is!“, while another common call was “Simon Says…Game Over!” call as closer Simon Anderson would wrap up a save.