Sweets drop both games of their doubleheader against the Kelowna Falcons. 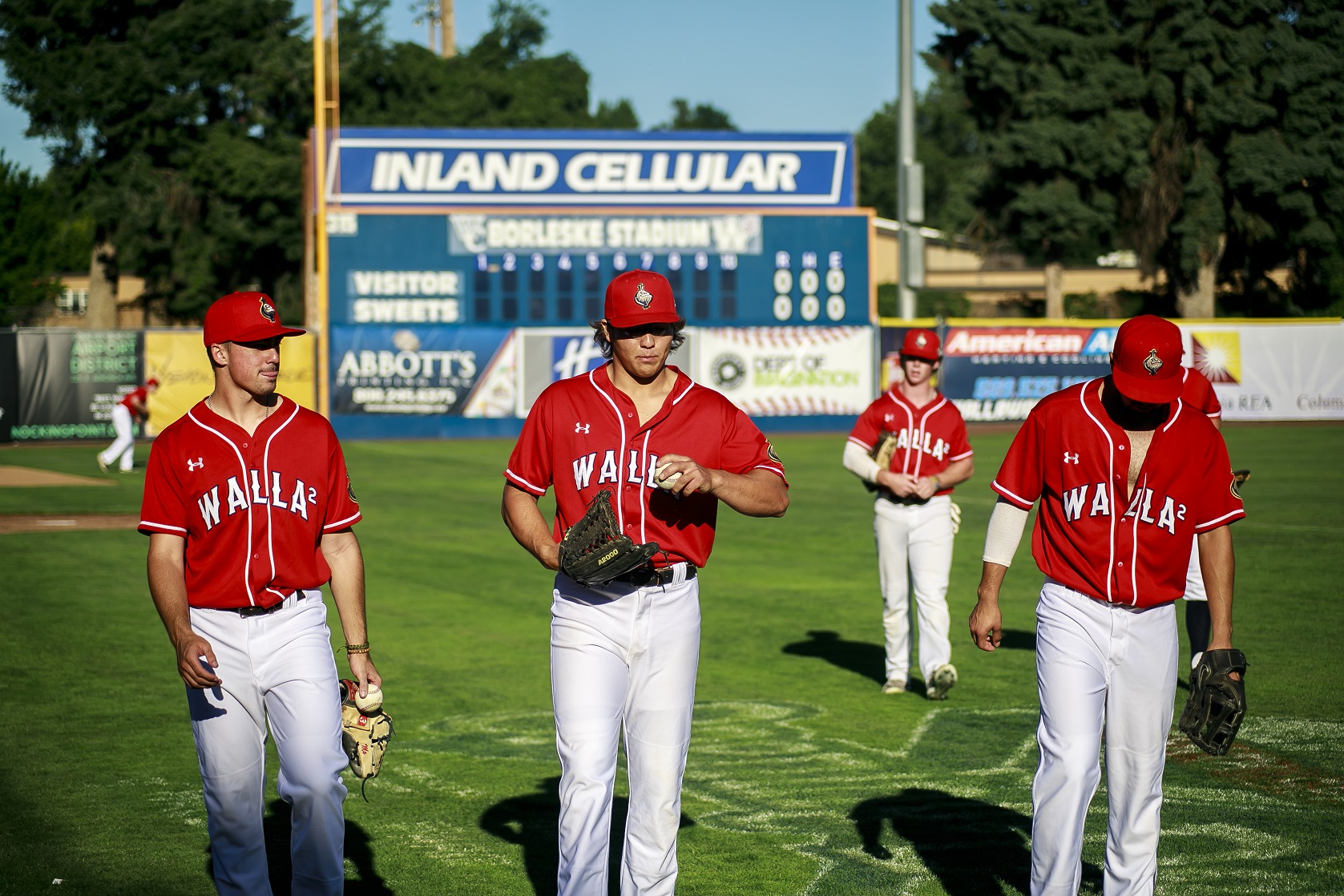 The Walla Walla Sweets dropped both ends of a West Coast League baseball doubleheader in Kelowna on Saturday at Elks Park.

The Falcons, who share the WCL North Division basement with Port Angeles, took both seven-inning games by 3-2 scores.

Walla Walla is now 17-9 on the season heading into Sunday’s finale of the three-game set and first half of the 2019 campaign.

Kelowna scored twice in the second inning of Saturday’s opener against Sweets starting pitcher Landon Boeneke and once in the third versus relief pitcher Brayde Hirai.

But Hirai pitched scoreless ball over the next two innings and right-hander Charles Harrison put up a zero in the sixth inning to keep the Sweets close.

The Sweets, who had just two hits through the first four innings, got a spark from lead-off batter Brock Ephan in the fifth. Ephan took a 1-0 pitch from Kelowna starter Garner Spoljaric over the right-center field wall – his third home run of the season – to pull the Sweets within two, 3-1.

In the seventh, Chazz Martinez led off with a single and Justin Folz walked. Ephan drew a free pass to load the bases. Kristian Scott entered the game in relief and got pinch-hitter Ben Fariss to hit into a 5-unassisted fielder’s choice that scored Martinez. Patrick Caulfield grounded to second to move pinch-runner Travis Craven to third and Folz to second. But after a walk to Parker Price to reload the bases, Scott got Cesar Lopez to ground to shortstop to end the game.

David Le Bioda gave Walla Walla a 1-0 lead with a one-out home run in the second inning of game two.

The Sweets added to their edge in the fourth. Fariss led off with a walk, advanced to second on a wild pitch and, one out later, went to third when Martinez reached on an error. Fariss scored on a sacrifice fly to deep left-center by Folz.

Starter Ty Hueckman blanked the Falcons on one hit over the first four innings. He struck out three and walked one.

Ben Johnson relieved Hueckman in the fifth and, despite giving up a lead-off single to Jake Fischer, faced the minimum number of hitters in the inning. He retired Gabe Togia on a pop to short, then got Brayden Merritt to hit into a 6-4-3 (Price-to-Cirillo–Le Bioda) double play to conclude the frame.

But in the bottom of the sixth, the Falcons -aided by two Walla Walla errors – tallied three times to take the lead.

Caulfield earned a one-out hit by pitch in the seventh and stole his league-leading 21st base to get into scoring position, but would advance no further. 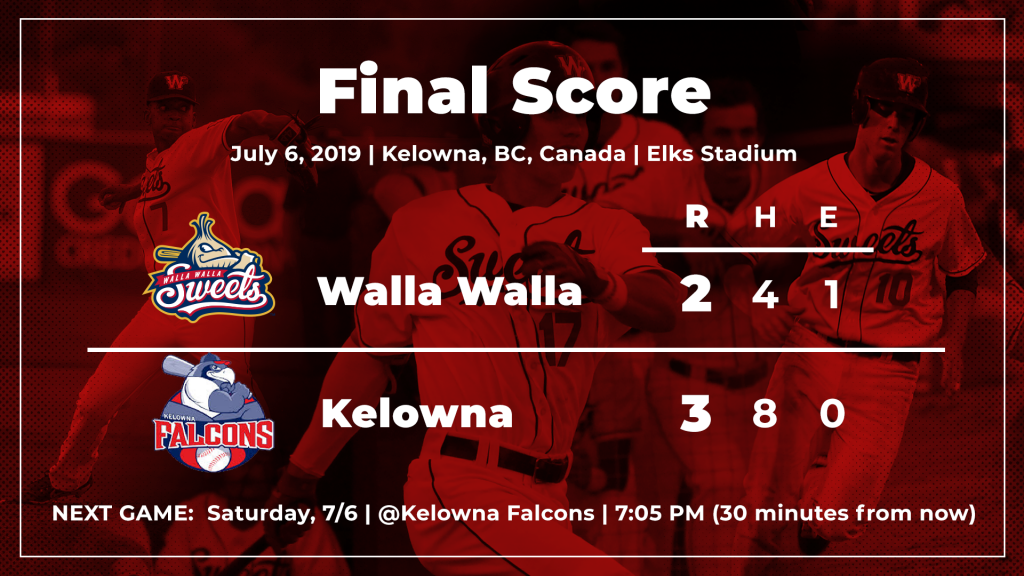 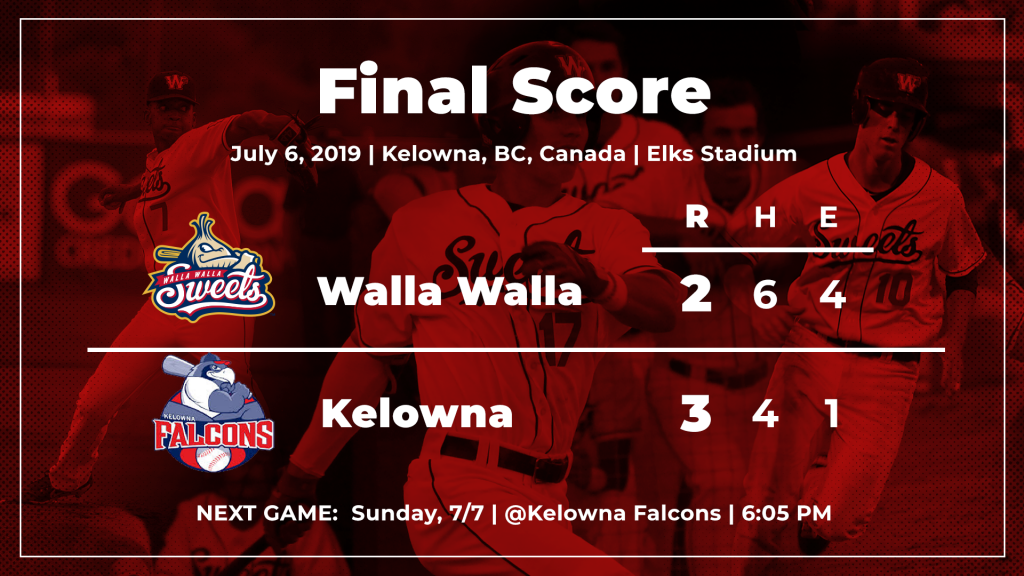