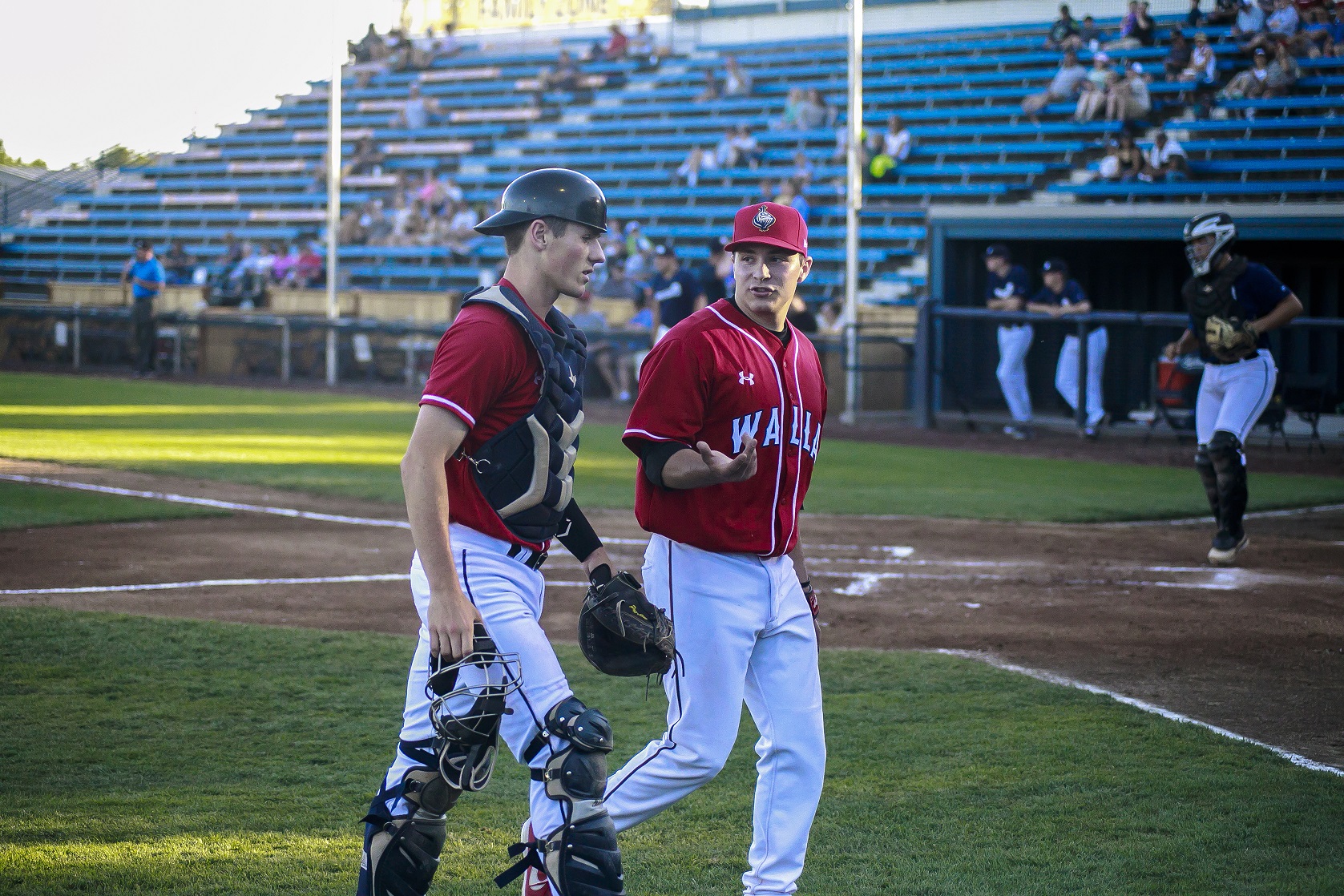 The Walla Walla Sweets squandered leads of 7-0 and 10-5 Sunday night and experienced defeat for the first time in this 2019 West Coast League season.

Wenatchee rallied for four runs in the fourth inning, one in the fifth, four more in the sixth, and two in the seventh as it snapped a two-game slide by salvaging the final game of the three-game series with the WCL South Division leaders, 11-10.

Patrick Caulfield led off the Sweets first inning on Sunday with a double to right field on the first delivery from Wenatchee starting pitcher Keegan Romig which sparked a four-run rally. He eventually scored on a wild pitch. The next three hitters – Carson Green, Justin Folz, and Cesar Lopez – walked. Jordan Stubbings dropped a single into right to score Green. Caleb Farmer followed with a double down the right-field line to bring in Folz and Lopez.

Walla Walla put up three more runs in the third. Stubbings reached on a one-out throwing error by AppleSox third baseman Kody Darcy. Farmer singled his Colorado Mesa teammate to second. Tristan King scored Stubbings with a double to right-center and David Le Bioda singled in both Farmer and King.

Each team scored a run in the fifth. King hammered another RBI double into the right-center alley, and Ryan Altenberger delivered the AppleSox response with a two-out RBI triple.

Stubbings closed out the Sweets scoring for the night with a two-run single in the sixth. Green and Folz rapped one-out singles, and Lopez moved the runners up with a fielder’s choice prior to Stubbings’ knock.

Wenatchee’s four-run sixth was keyed by three productive swings – a Cole McKenzie sacrifice fly, an infield out from Hunter Montgomery, and an RBI single from Dylan McPhillips.

Darcy led off the AppleSox seventh with a walk and Quinn Ayers blasted a home run over the right-field wall to put the home team in front for keeps.

While Wenatchee’s offense prospered after the third inning, the Sweets were retired in order over the final three frames. Cameron Sommer pitched the seventh while teammate Landon Schirer worked the eighth and ninth for the save.

The Sweets open a six-game homestand Tuesday with the first of three games against the Portland Pickles at historic Borleske Stadium. The first pitch each night is set for 6:35. Walla Walla ends the stand next weekend when it faces Port  Angeles . Friday’s and Saturday’s games start at 7:05 and Sunday’s contest will start at 6:05.