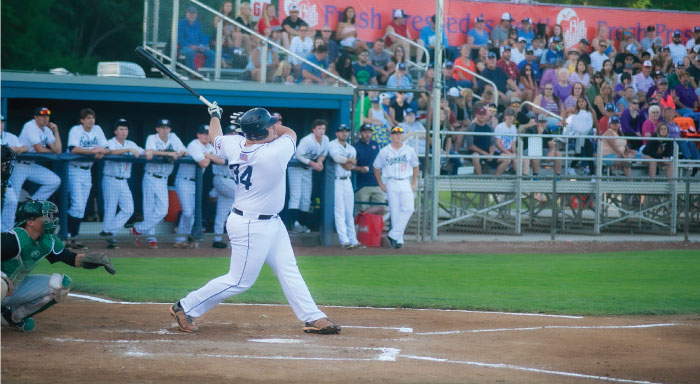 Walla Walla busted open a tight game with a five-run eighth inning that put the game out of reach.

The Sweets led 3-2 entering the home eighth and singled their way to success to establish separation between themselves and their soon-to-be vanquished opponent. Patrick Caulfield, Cesar Lopez, and Parker Price opened the frame with base knocks, the latter of which plated the first run of the inning.

First baseman Brock Ephan, who ripped two doubles in the game, followed with a walk that reloaded the bases and Justin Folz was hit by a pitch to force in a tally.

Ben Johnson bounced an infield out to third to plate run No. 3, Brandon Wagstaff contributed an RBI single, and the final run crossed on a wild pitch.

“I loved that we put the game away,” Walla Walla manager Frank Mutz said.

“It’s always great to win and get the momentum rolling,” Ephan said.

Walla Walla drew first blood in the first inning thanks to two-out magic provided by Price and Ephan. Price singled and Ephan launched a towering fly off the base of the left-center field wall for a run-producing double.

“He (Corvallis starter Kolbe Boles) threw me a fastball early in the count,” Ephan said. “I thought he’d throw me a breaking ball. He threw me a curve, I sat on it, and got the barrel on the ball.”

Wagstaff scored in the home second. He stroked a one-out single, advanced to third on an errant pick-off from Corvallis starter Kolbe Boles, and touched home plate on a Mason Kokodynski sacrifice fly to left.

Ephan led off the Sweets fourth with a two-bagger and later scored on a fly to left off the bat of Wagstaff.

The Sweets endedf the night with 11 hits.

“We hit the ball all day – just about every inning,” Mutz said. “Our guys were in the box ready to go.

But perhaps it was Craven that hurled the pitch of the night. He walked the bases loaded in the first, but got Knights’ designated hitter Stephen Lund to hit into an inning-ending 4-6-3 double play.

“Travis threw a great pitch and jammed him,” Mutz said. He didn’t panic. Brennan didn’t give in. He kept going at it and had a good outing.”

The teams play the middle game of their season-opening, three-game series Wednesday night at 6:35. The first 500 fans to enter the ballpark will receive a Sweets magnet schedule courtesy of Chrysler, Dodge, Jeep, Ram of Walla Walla and the Union-Bulletin.